A dialogue has emerged across the country regarding whether or not violence in entertainment has a significant role in inciting real-life acts of violence, following a year marred by mass shootings in Aurora, Colo., and Newtown, Conn.

The national media spotlight has been turned on the issue, as reports of horrific violence have steadily been reported in the weeks since the Sandy Hook massacre in December 2012.

The conversation has only intensified as new shows like Fox’s “The Following,” which centers around a fictional convicted serial killer who inspires a cult-like following to commit gruesome crimes on his behalf, premiere as the broadcast networks’ midseason schedules begin.

Megan Knell, a recent BYU graduate and former Young Ambassador, said she believes violence portrayed in entertainment can indeed play a role in similar acts of violence being brought to life. 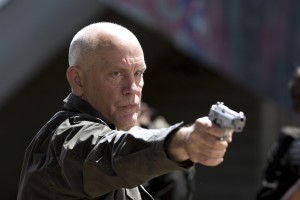 “Violent entertainment infuses the brain with ideas, and plants visual, tangible ‘ammo’ in the mind that is very hard to shake off,” Knell said. “After the brain is given those ingredients, it would make sense for some sort of creation to happen, just in all the wrong ways.”

Knell feels the entertainment industry should take greater responsibility over the content it puts in front of audiences, particularly in enforcing stricter rating standards. She also feels a similar responsibility in portraying characters on the screen and stage.

“I am very adamant about knowing what I’m getting myself into as an actor in every show and situation,” she said. “There is absolutely a sense of responsibility as a performer to make sure that what you are representing is something you would stand by and be proud of.”

However, opinion on the issue is not unanimous. Christopher Carpenter, a UVU physics major and avid film buff, says entertainment itself is not to blame.

“You can’t point fingers at a movie or TV show for causing violence in our society,” Carpenter said. “It’s really a continuing cycle: the entertainment industry gives audiences what they want, and then audiences try to blame the industry. Everyone’s pointing fingers at other people, instead of taking responsibility for society’s problems.”

Kenji Tsukamoto, a documentary filmmaker and recent graduate of BYU’s film program, agrees that anyone involved in creating entertainment shares a responsibility for its content, but said the ultimate decision should be left to the individual viewer.

“There’s definitely a sense of responsibility as a filmmaker,” Tsukamoto said. “Does that mean I’m not going to include violence in my films? No. Every time consumers buy a ticket at the box office, they’re voting for what type of entertainment they’re willing to watch.”

Tsukamoto also said that any type of art, including film, should be free from strict censorship, and should be used instead to educate and empower audiences.

“Ultimately, film is art and restricting art is never a good thing,” he said. “The problem comes from glorifying violence, but there is a lot we can learn from films and TV shows that include the reality of violence. The medium should be used as a tool to educate others. Instead of blaming entertainment, let’s use it to make a positive difference.”