Highland businesses are currently closed on Sundays because of a city regulation, but that could soon change. 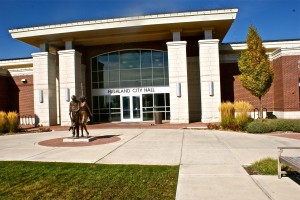 Since the 90’s, Highland has had restrictions on Sunday business until now. The city council passed a resolution recommending seven days of business, but it will take a city-wide vote to make the repeal official.

People in Highland have mixed opinions when it comes to Sunday business. Kevin Johnson, general manager at Kohler’s, thinks that the Sunday off benefits the community. He says, “It gives us a day to be together, a day of rest, and I think everyone deserves that and needs that.”

On the other hand, Highland homeowner Chad Copier says the issue comes down to fair application of the law in allowing people and property owners to choose what they want to do.

Some Highland residents fear tax generation is the reason behind this new option and that Sunday business means more taxable revenue. But Highland Mayor Lynn Ritchie says that there were other deciding factors.”The taxes were part of the issue, but not the big issue. The big issue for driving it is (the question of whether) a city (should) limit a business and dictate what they should be doing,” he says.

Many Highland homeowners say they enjoy the idea of their quiet community and that businesses being open on Sunday could ruin that. Highland resident Mike Bready expressed his concerns, “People move here because they see something special, something fantastic, they want to be a part of this…lets keep this place the way we’ve got it.”

The religious tradition of a Sabbath day plays a role as well, with most people living in Highland viewing Sunday as a day of rest. Some homeowners were quick to point out that just because businesses can be open on Sunday doesn’t mean they have to be open.

Johnson says that no matter the change, they have made their decision. “We’ve never been open on Sundays, and there’s no reason we would start” says Johnson.

The city council is sending the issue to November’s ballot box and if passed, businesses can open on Sunday but don’t have to.