Seegmiller’s 3-2-1 Plan is focused on working with the private sector to create jobs on U.S. soil and to bring jobs back that are currently overseas. Seegmiller said these 3 million jobs would reduce unemployment from 8.3 percent to 6 percent. The unemployment rate has not been below 6 percent since July 2008. Additionally, his plan would generate $90 billion in revenue, which he suggested could be used to help cut down the national debt. 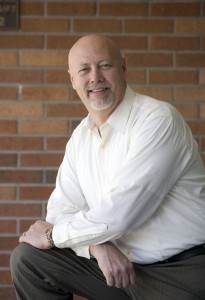 Seegmiller said in a press release that recovery from the economic situation will be secured through hard work, bipartisanship and common-sense solutions to help the private sector do its job.

The 3-2-1 Plan would offer companies a temporary 10 percent tax reduction to bring capital to the United States. Seegmiller explained at the conference that companies are eager to come back from overseas and are finding that it is often better to manufacture their products where they will be sold.  Many of the jobs he expects to be created would be manufacturing jobs.

A study by the Associated Press conducted in April showed that half of young Utah college graduates are either unemployed or underemployed in their current jobs.  “It’s a very unsettling prospect, but we’re confident that the plan will have an immediate impact,” Alan Seim, Seegmiller’s campaign manager, said.

He referenced an open letter from Howard Schultz, chief executive officer of Starbucks. Schultz called for politicians to put partisanship aside and find ways together to bring jobs back to the United States.

“Jay has the skills to communicate a message and bring both sides together.  You can see this in his track record (in the Utah State Legislature),” Seim said.