This is my last article for The Universe and in many ways the hardest to write. I believe it needs to be shared in the hope that it may help others. While I often feel lost and confused about my personal journey, I do know what I would say to someone in my position. 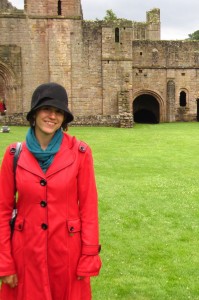 [/media-credit]I had my first panic attack somewhere around the age of 12. Nothing traumatic happened, no conscious trigger. One second I was fine. The next my heart was pounding, and the world spinning. I couldn’t filter any sounds. I heard every noise around me all in one cacophonous sound. My thoughts raced, never settling. I truly felt unhinged and mad. Part of my brain knew I was fine — in no danger. The other part wasn’t having it. The warring halves only made the situation worse and more frustrating.

I thought — and was told — I would grow out of such episodes over time.  It was simply teenage angst or a phase. But I didn’t grow out of it. Instead, the anxiety and depression has hovered over my life for the past decade. As I got older, the attacks and periods of depression only grew more frequent and intense. There would be days, weeks and even months of relief, but inevitably the feelings of despair and self-loathing would return.

For those inexperienced with depression, it’s not simply a few bad days or fleeting moments of unhappiness, but a constant, oppressive feeling of hopelessness. It interferes with your day-to-day life. It was difficult to focus or do anything. Some days it would take me hours to get out of the house simply because I couldn’t summon the will to do anything. Several times a week, I would spontaneously begin sobbing; sometimes devolving into a curled ball of tears as I waged and inner battle I thought I could never win. My grades and personal relationships suffered. Eventually, I worried about my safety from my own self as I became plagued with destructive and even suicidal thoughts.

At this point, you may be wondering why I’m sharing all of this. I share because with all of the advancements we’ve made in being understanding, there are still too many stigmas associated with depression and anxiety, particularly in Utah and the LDS culture.

Utah has often had one of the highest rates of anti-depressant use in the country. Some have blamed these numbers on LDS culture. To those people, I can honestly say in many ways my faith has saved me. It has given me strength and hope when I was very close to giving up. Talks by Church leaders such as President Dieter F. Uchtdorf’s “Forget Me Not” sermon offered me glimpses of peace. For all this, I will be eternally grateful.

That said, I believe as a culture we can sometimes put a lot of pressure on being happy. In my experience, I felt guilty for not being happier. I had a wonderful husband, the Gospel, a job, the chance to study at a great university — I had every reason to be happy. But, I wasn’t. And that seemed ungrateful and shameful.

We need greater acceptance of both the trials of life and the biological components of happiness. We often remark that “wickedness never was happiness,” but it doesn’t necessarily follow that righteous guarantees happiness. Life is hard, with or without depression. We will all experience joys and sorrows. Those sorrows do not negate the joys. Often, they just make the joys sweeter.

Many times clinical depression is the result chemical imbalances in the brain. The symptoms of depression are just as real and valid as the symptoms of a broken bone. Just as a bone can be set and healed, depression can be managed and healed with proper treatment such as counseling and medication. There is no reason to be ashamed of depression — or the treatment. Shame and fear only compound depression, making it more isolating.

Too often those afflicted with depression suffer in silence. From the outside, few, even those close to me, would have suspected I was dealing with this. Those who I have opened up to said as much. I became too good at hiding behind a mask.

Depression thrives in isolation. One aspect of over coming it is reaching out to those around you. As I have shared my experience with others — as I’ve no longer hid in my own isolation ­— my relationships have grown deeper and richer.

Even in depression, there is hope.

I have been in counseling for about a year. Two months ago, I began taking a low dose of Prozac. Both have helped immensely. I still have a way to go, but I feel greater hope than I have felt in a long time. I’m no longer constantly plagued by destructive thoughts. I’m better able to handle life and my anxiety. I feel genuine happiness in way that has been foreign to me for a long time.

To those dealing with depression, know you are not alone. Know those around you are willing to put their arms around you. Most importantly, know it does get better.

Resources for those struggling with depression and anxiety:

Katie Harmer is the issues and ideas editor at The Universe. This viewpoint represents her opinions and not necessarily those of BYU, its administration or The Church of Jesus Christ of Latter-day Saints.