The Story of Chloe Busch

Nine years ago, Chloe Busch, fourth daughter of the Busch family, was born with serious breathing problems. Doctors moved quickly to keep baby Chloe breathing, and thankfully she came home from the hospital without any major damage. Unfortunately for Chloe, due partially to some of the treatments she received in the hospital, breathing problems were something she would have to deal with for the rest of her life.

Fast forward to today and you’ll find Chloe, sitting on the couch in her home, hooked up to a breathing device unlike any other.

“When she goes into whooping coughs and her lips start turning blue, this is what we go to,” explained her mother, Lauren Busch. “On her bad days, we’ll do this two or three times. On other days, she’ll be OK after just once, and a lot of days, she won’t need it at all.”

This breathing machine, known as a nebulizer, isn’t providing Chloe with oxygen, it’s providing her with essential oils.

“We put two drops of ’Breath’ oil and two drops of ‘Lime’ oil with some sterile water. We put ‘Frankincense’ oil on her chest and her back and she sits and breaths it in until all of the fluid is gone from the container. Before long she’s feeling much better,” Lauren said. 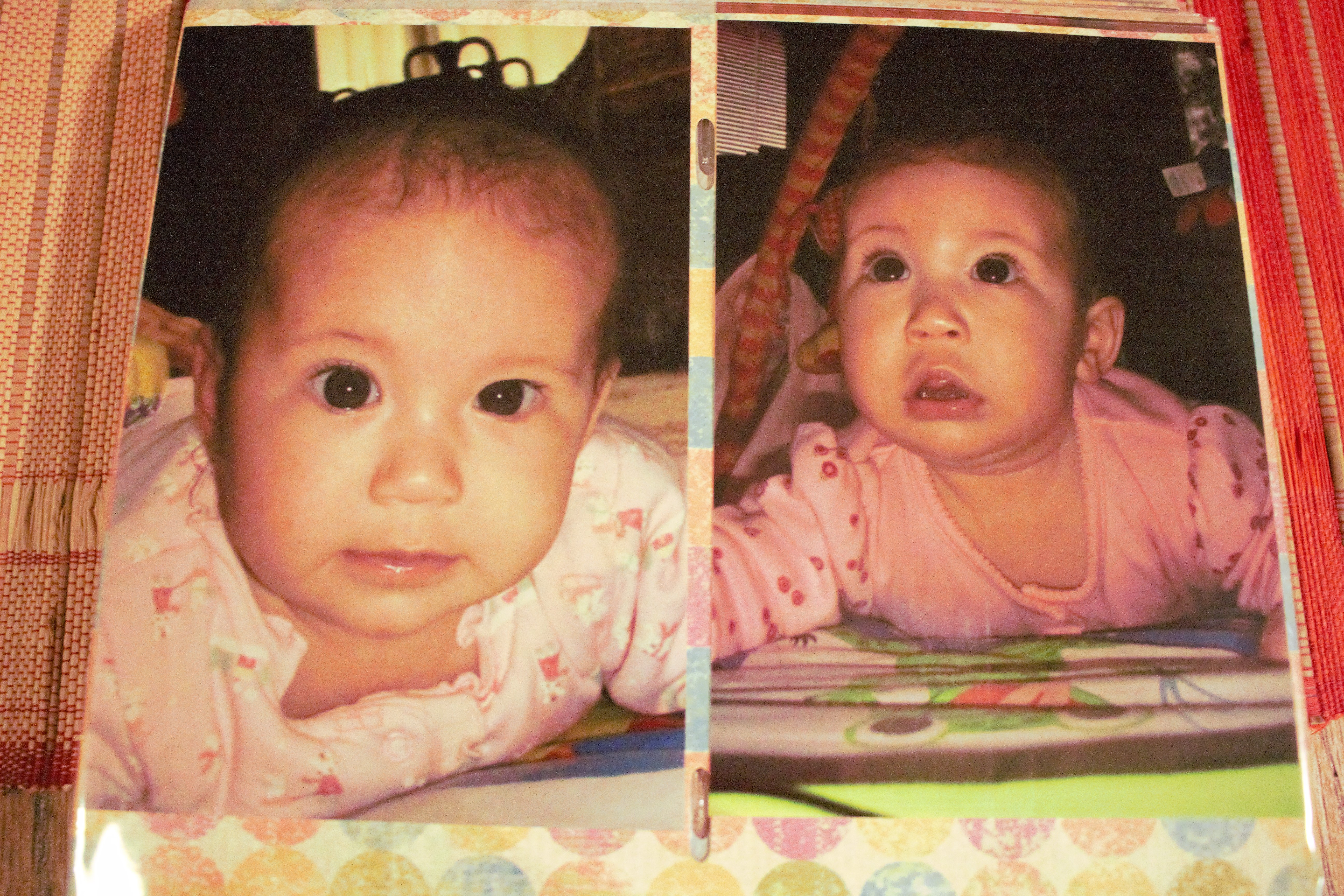 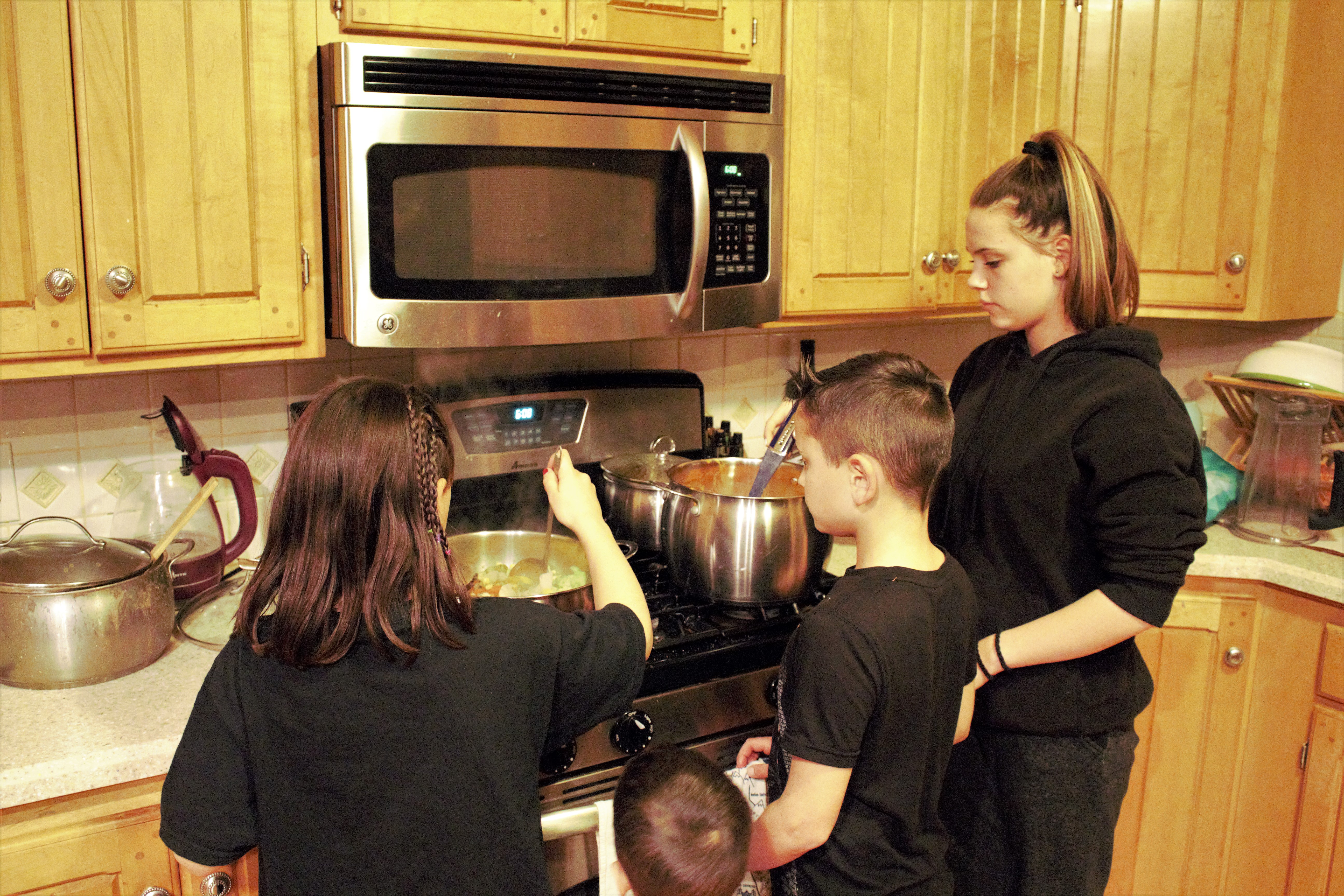 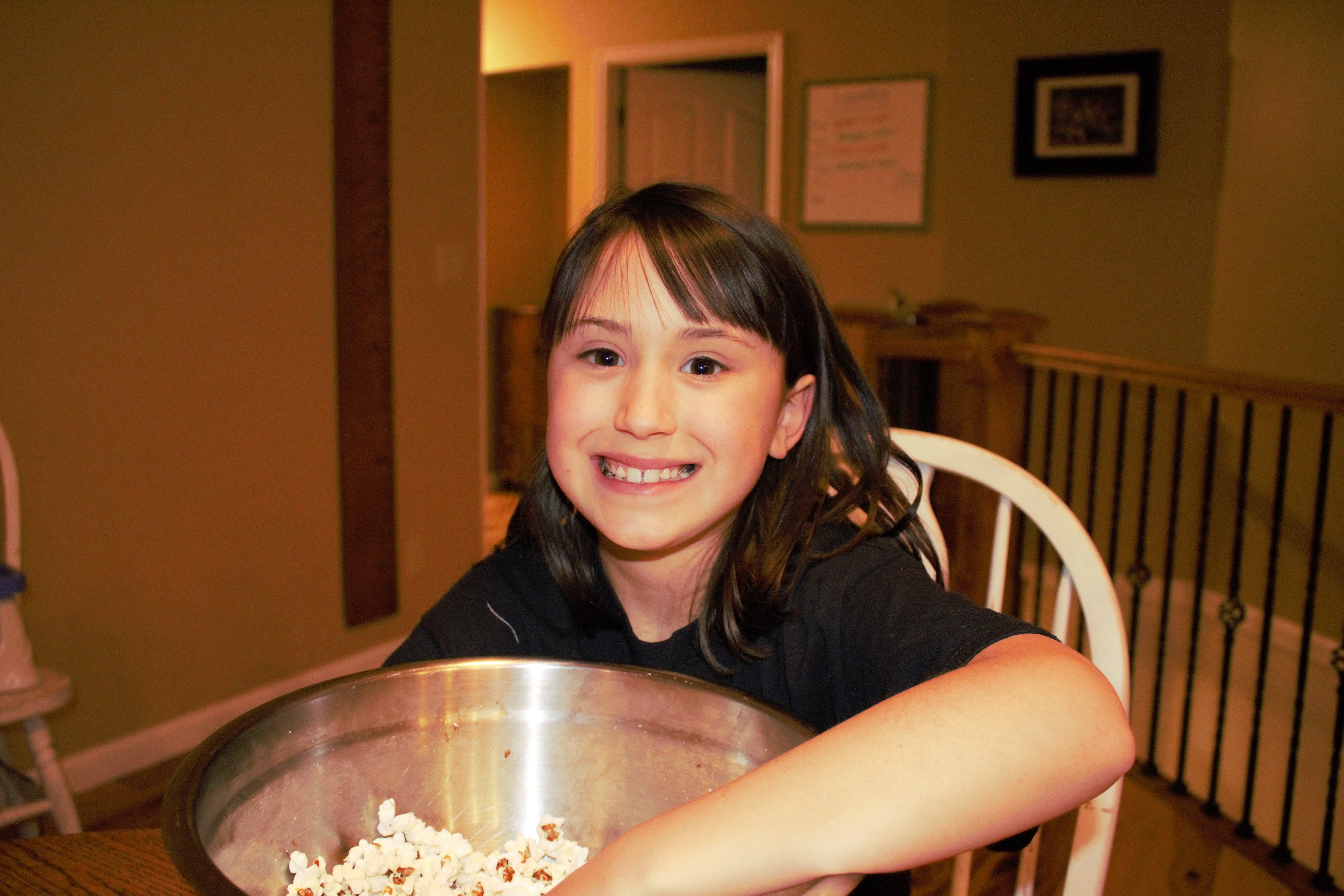 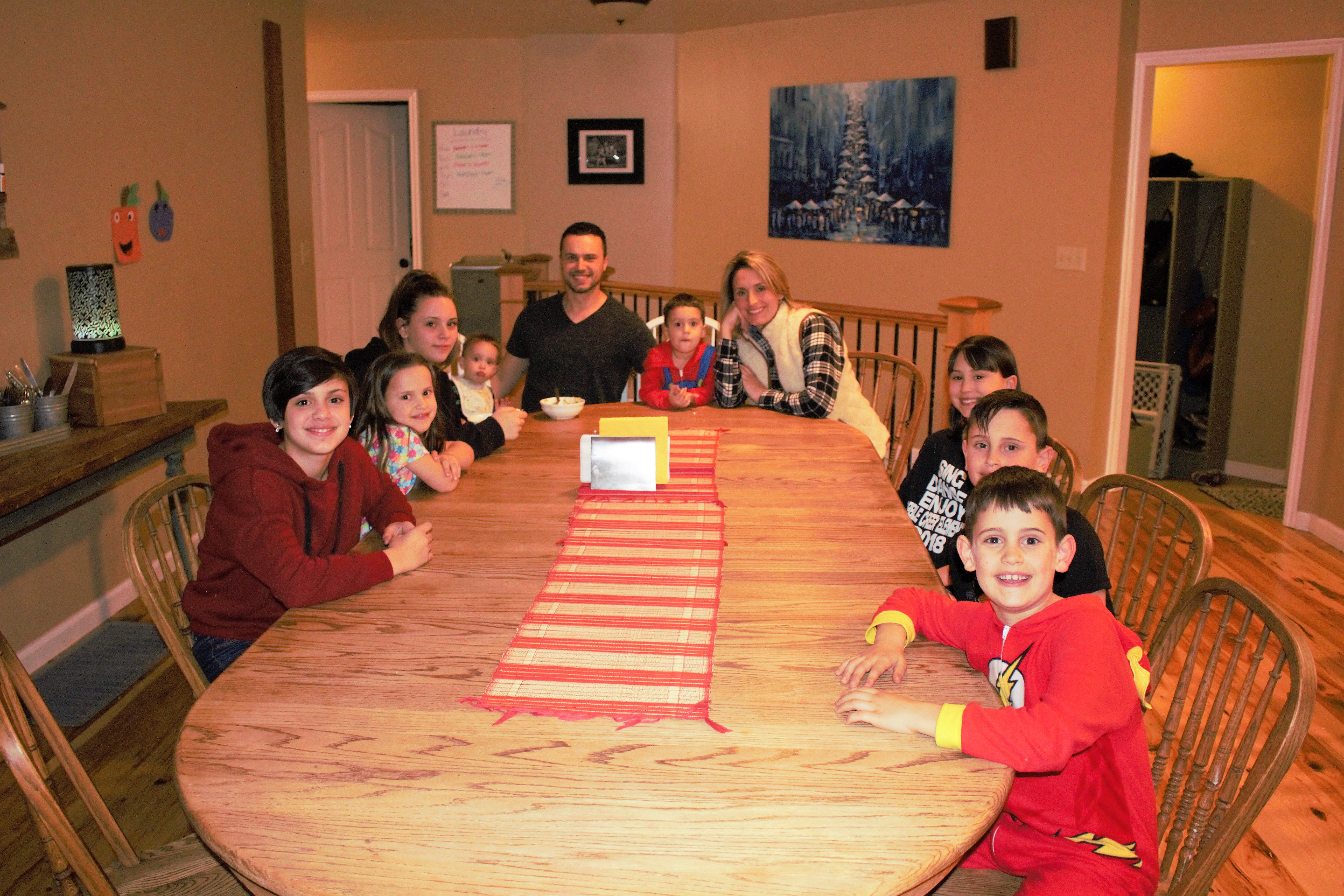 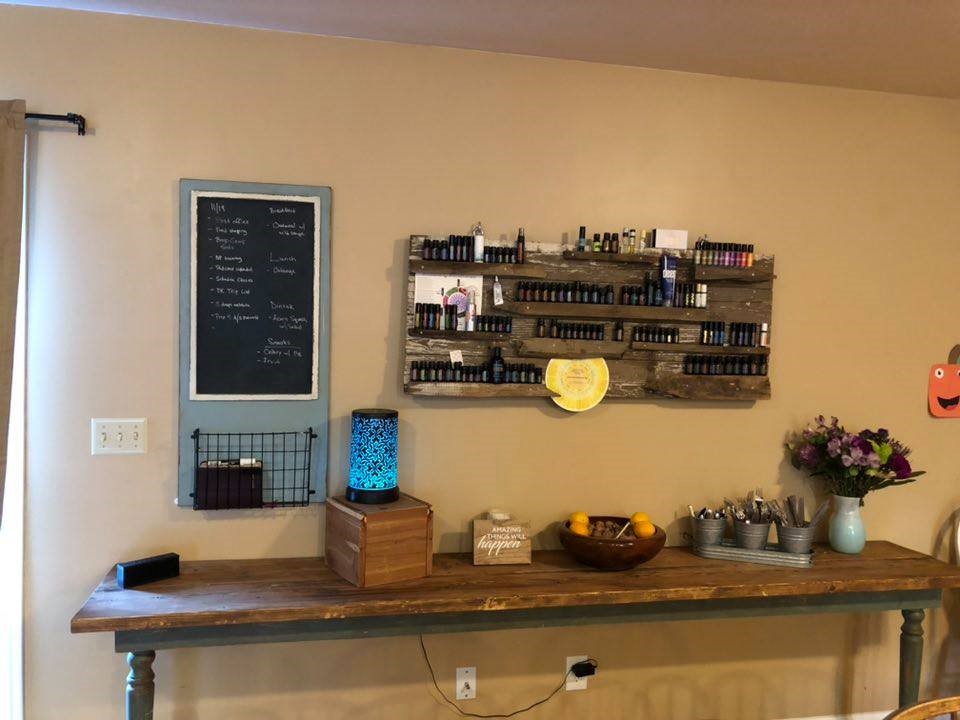 The Busch’s are a young Utah family with eight active young children. Like many families, they use essential oils on a daily basis. Treating Chloe’s breathing problems is just one of the ways they use essential oils. Lauren gets excited to talk about her essential oils, and proudly displays many of them on a rack near her kitchen table. They use them for everything – from cooking, to cleaning, to treating sickness, to washing clothes. According to Lauren, who works as a sales representative for doTerra Essential Oils, oils are “much safer” than standard household supplies.

Essential oils have been used for thousands of years to provide scents, flavors, and even medicinal treatments. Many people are familiar with the story of the three wise men who came bearing gifts of Frankincense and Myrrh- ancient versions of modern-day essential oils.

Nowadays there are hundreds of competing essential oil companies like Davina Wellness, Plant Therapy, Eden’s Garden, and many more. 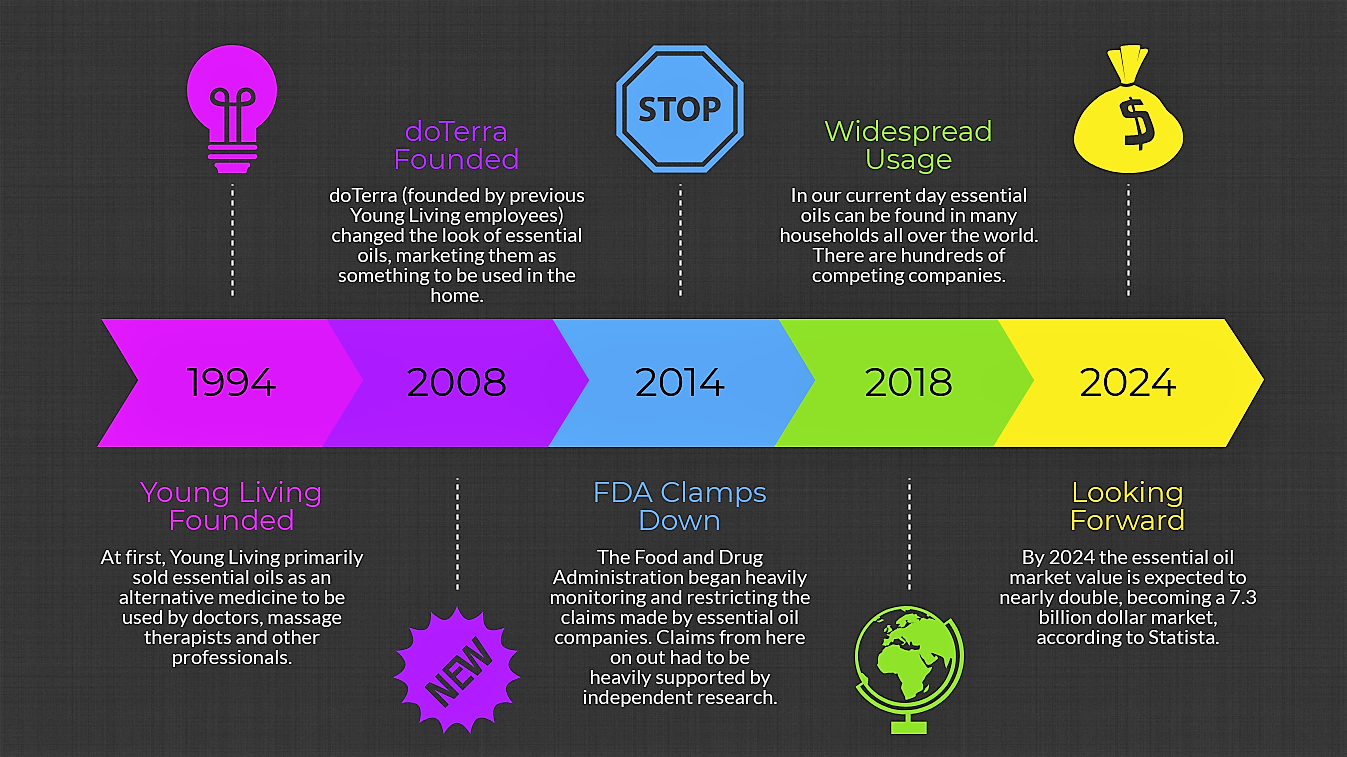 Essential oils are sweeping the nation, being sold as medicine, flavoring, perfume, cleaning supplies and other things. Mothers throughout the world, like Lauren, stock their shelves with essential oils in order to bring their powers into the home. But, just as quick as their usage spreads, so too spreads skepticism. People may ask themselves, “Are essential oils really a viable alternative medicine? Are these cure-all oils really legit?” Depending on who is asked, there are a variety of answers to these questions, even among the medical community.

Gibby has studied biochemistry all his life. He currently works in a personal lab where he studies various human necessities such as vitamin efficiency and deficiency. 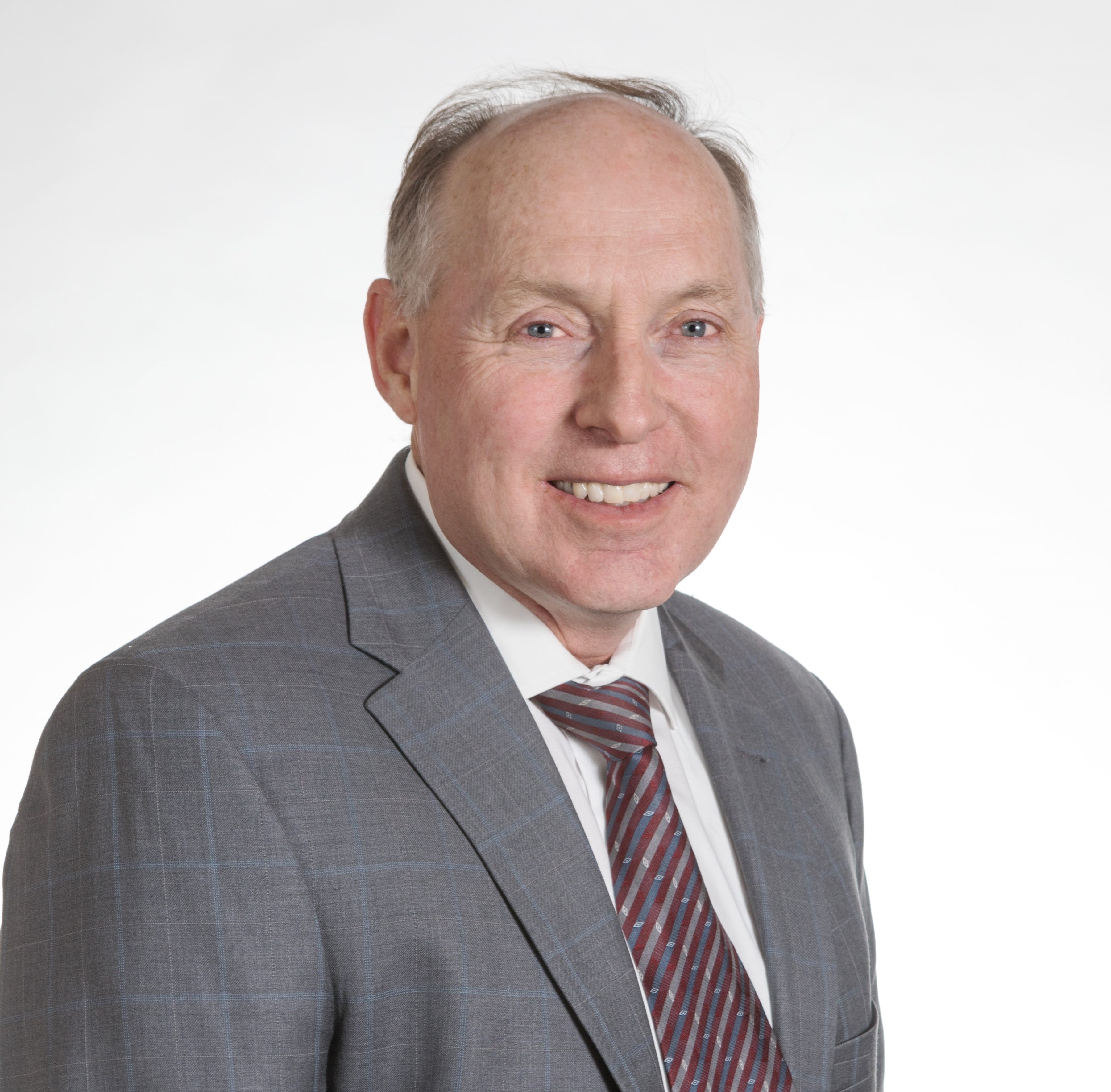 “My research allows me to understand what the body needs to be healthy, and I’ve never encountered anything resembling an ‘essential oil deficiency.’ I believe that most of the health claims made by essential oil companies are made in self-interest,” Gibby said.

Gibby has his feet firmly planted against essential oils because in his eyes the claims about the usefulness have no solid foundation. Gibby says that everybody will tell you that their product is the best and it has amazing results, but without hard data to support those claims, he’s not moving his position in the debate. Gibby did, however, say that he was willing to change sides if he was presented with the proper hard facts.

“I have no problem at all with these oils if there is a proven medical benefit. Many of the drugs we’ve used traditionally in medicine initially derived from a plant-based substance- opioids came from plants and alcohol came from a plant, just to name a few. If someone claims these oils can help consumers with some ailment then they need to do blinded, clinical trials, and prove that this drug has these effects, just like any other drug we would use as a society,” Gibby said.

Gibby noted that we live in an evidence-based scientific community. He said hard facts and data are what separate our society from the witchcraft and wizardry of days past.

To many, this idea of taking care of their family’s health from the comfort of their own home is so enticing that they can’t resist at least testing essential oils. They’re willing to try them and make their own decision – they choose to generate their own evidence and base their decision on that.

Scientific data may not be priority for all consumers, but as Gibby stated, in the debate over essential oils this kind of data needs to be provided to reach a scientific conclusion. The question then becomes whether or not this type of hard data exists to be found. Dr. Oliver, neurologist and practicing chiropractor, says that, yes, this data can be found.

Oliver revealed that scientific, peer-reviewed studies can be found by the thousands on pubmed.com or www.ncbi.nlm.nih.gov. These studies, he says, help prove the validity of essential oils. 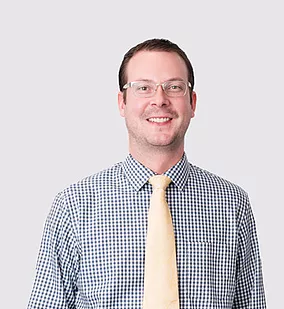 Dr. Oliver is a neurologist and works as a Chiropractor in Lehi, Utah.

“Not only are the studies there, but essential oils are becoming more and more accepted by the medical community. In my National Board Exam I was allowed to use a bottle of Peppermint essential oil as part of my toolkit to show the skills I had learned,” Oliver said.

Oliver said that many people get the wrong idea about essential oils, claiming that the effects are purely a “placebo effect” (or a beneficial effect caused purely by the patient’s belief in the treatment). “It’s not a belief system- it either works or it doesn’t. When all is said and done, modern medication is based off of things that exist and are real. There is real science behind essential oils if people decide to look for it.” Oliver said.

As it turns out there really are thousands of articles to be found on the websites Oliver recommended. Simply searching the term “essential oils” on pubmed.com will yield nearly 20,000 results.

Unfortunately for most members of the essential oil debate, the information in these studies is not so easily understood by the non-scientific community. Some studies are done on specific plants, others on foreign animals – and most of them test only a single use of a single oil. In many of these scientific studies it’s difficult to fully analyze the conclusions of the study.

Gibby said that, if given proper evidence, he would be willing to accept essential oils as a real, medically useful tool. However, both Gibby and Dr. Steven Edgely were not satisfied with what they’d found in these studies.

Edgely, a doctor of physical medication and rehabilitation, explained that although many essential oils have the ingredients and properties found in modern medicines, the delivery method of these effects has not been well studied. He explained that just because a Lavender plant has ways to protect itself from disease, rubbing that same plant on his skin would not necessarily grant him that same ability. 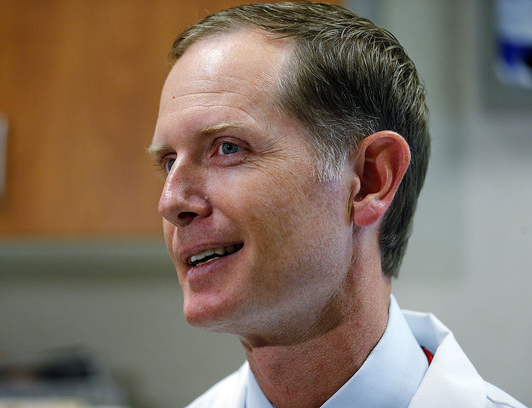 “As a consequence, either the medication component of essential oils is clinically insignificant or, perhaps worse, it could be dangerous if taken with other traditional medications. Just because you have a lot of caffeine sprayed in the air doesn’t mean a high amount of caffeine is getting into your body – I mention caffeine because that’s one of the medicinal ingredients of some essential oils,” Edgely said. 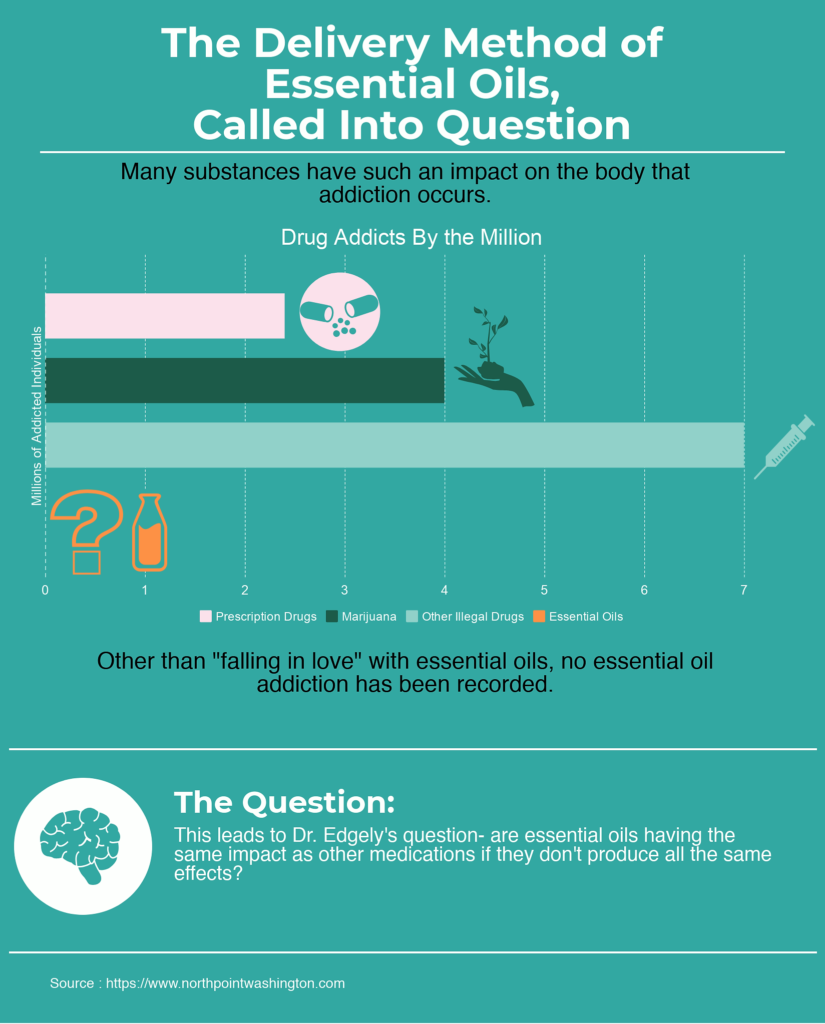 Edgely also noted that most essential oils come with very vague instructions on how they should be used. At times, they should be applied topically, at other times inhaled, or even consumed. Dosage recommendations are rarely found on the bottle labels of essential oils. Edgely felt this lack of instruction was a heavy blow to the validity of essential oils. Imagine a bottle of painkillers with no dosage recommendations, and no explanation on how to take them- simply instructions to “use as much as makes you feel good,” such a medication would likely not be taken seriously by the medical community.

Although Dr. Edgely appeared to be firmly against essential oils, when asked if he thought they had any use at all in the medical field, he hesitated, then gave his reply.

“That’s a complex question. I feel that the main effect of essential oils is the placebo effect, which can be quite profound. I have a hard time saying that there is no place in medicine for them, since through the placebo effect they may make some people feel better, and a doctor’s main goal is to relieve human suffering and increase quality of life. The placebo effect is often powerful enough to cure real medical conditions. In the end, I would not recommend their use to a patient, but I would not discourage their use either,” Dr. Edgely said.

Perfume companies, food companies, and essential oil companies themselves are all racing to find how they can make the most money off of this product, and they tend not to publish any valuable information from their studies, and when they do, it’s hard to know if privately funded results are biased.

As essential oils roll across the world, some would argue that it’s not important whether or not they’re medically sound. As doctors have pointed out, if a product makes people feel better without causing any harm, perhaps it’s best not the discourage it’s use.

Chloe Busch suffers from breathing problems, but essential oils make those problems go away, even if only temporarily. To some, the debate continues. But for the Busch family it’s been decided- they are certain essential oils work.

If a mother’s kiss has made boo-boos disappear for centuries, maybe a mother’s bottle of essential oil can do the same.

A look at women's experiences in the workforce by Camille Baker December 31, 2018
Next: Feature

A Utah family searches for hope and justice in the 23-year-old unsolved murder of Rosie Tapia by McKayla Robinson December 31, 2018