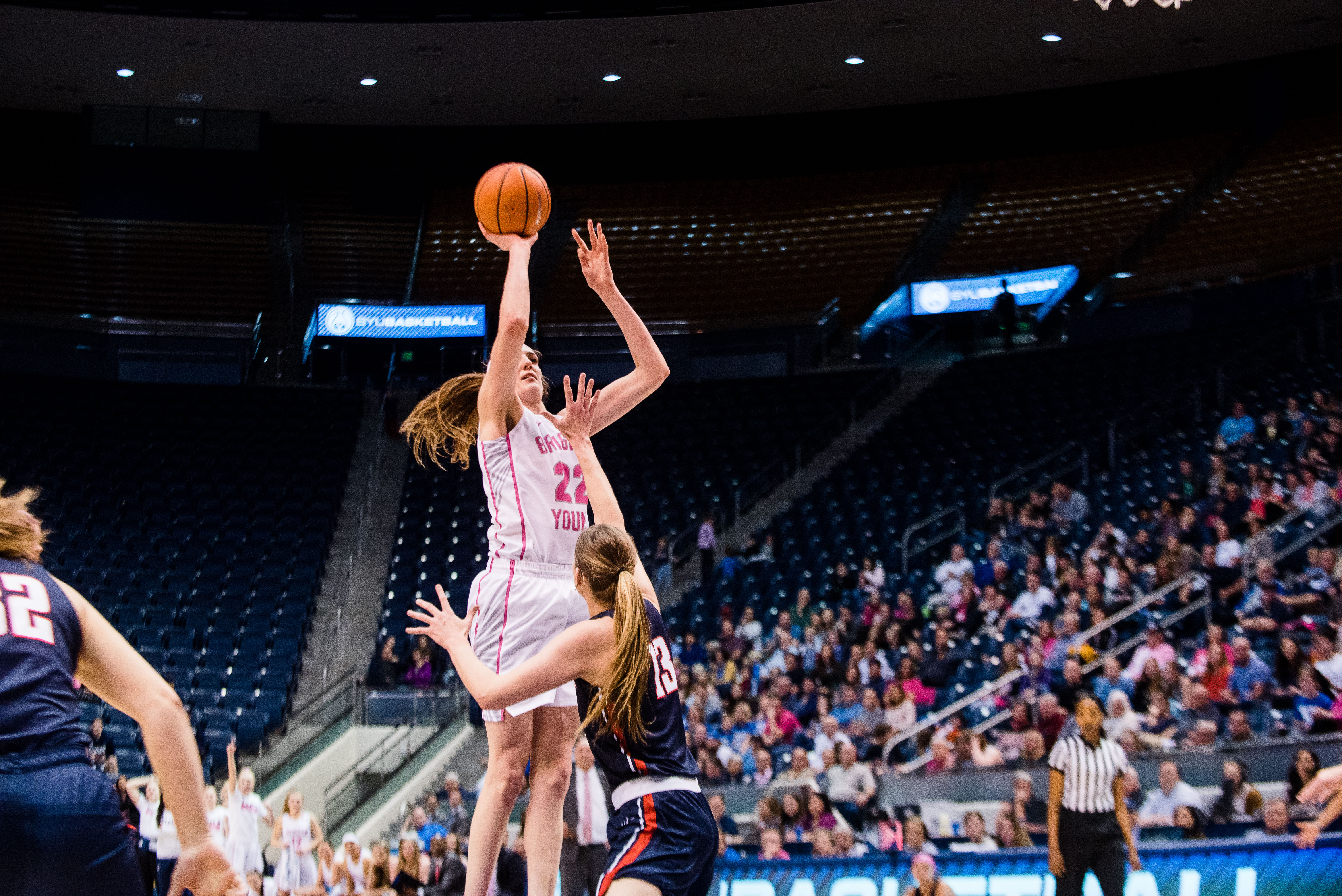 “We did a good job of coming back to send it to overtime, but we made too many mistakes and didn’t rebound when we needed to,” said coach Jeff Judkins. “You can’t give away opportunities to the home team.”

Chase had 11 points and two steals for BYU by the middle of the second quarter.

Sara Hamson also made some game-changing plays, with five rebounds and multiple steals.

Malia Nawahine made an effortless three-point shot to give a BYU a boost to start the second half.

Hamson had a major block to maintain the BYU lead, 46-42. She also had 10 rebounds by the third quarter.

BYU took its largest lead of the game, 42-37, with two minutes left in the third quarter.

The game was tied once again, 51-51, in the middle of the fourth quarter.

Devashrayee was fouled late in the fourth quarter and sank both free throws to bring the Cougars within two, 59-57.

Paisley Johnson hit a pair of free throws with just 22 seconds remaining to give the Cougars a 61-59 lead.

As time expired, the score remained level at 61 apiece, sending the game to overtime.

Hamson made two free throws to give the Cougars the lead, 63-31, over USF early in extra time.

The Cougars were forced to shoot a three to tie up the game again at the end of the period, and Devashrayee delivered, tying the game at 67, and sending it to double-overtime.

The Cougars play Pepperdine at 6 p.m. on Thursday, Feb. 15 at the Marriott Center.