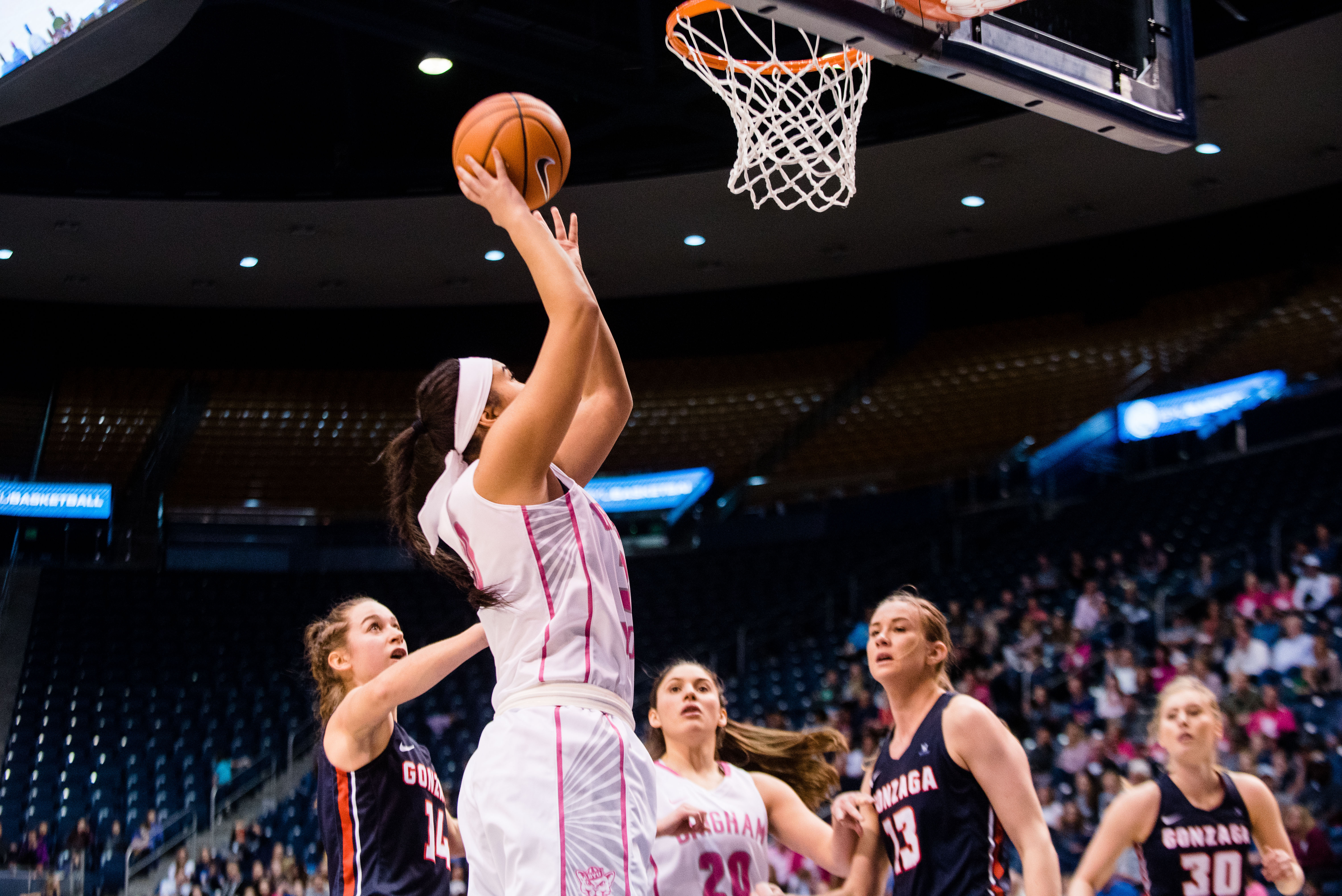 “I want to give Gonzaga a lot of credit,” coach Jeff Judkins said. “I thought they really played well. If they are shooting the ball well as they were today, they are hard to guard because they spread you out so well.”

Malia Nawahine made the first shot for the Cougars to start off the first quarter.

Gonzaga got out to a 13-5 lead to start the game off on the right foot.

Cassie Devashrayee and Brenna Chase kept the Cougars in the game with some key plays.

As the first quarter came to an end, the Cougars were still down 21-10 to the Bulldogs.

Nawahine was led the team with six points.

The Cougars were gained momentum early in the second quarter, cutting the lead to 25-17.

BYU knew the game was far from over as they headed into the locker room at halftime down 38-26.

Sara Hamson and Shalae Salmon were also quite the duo, getting rebounds and easy layups to keep BYU in the ball game.

Devashrayee led the Cougars in the third quarter with 12 points, three rebounds and one assist.

Hamon was also in the zone and had some game-changing blocks for the Cougars.

BYU refused to back down, despite still being down 57-42 to the Bulldogs at the end of the third quarter.

Devashrayee and Nawahine were both in double figures for BYU to begin the final period.

With three minutes left in the fourth quarter, the arena erupted as Gonzaga’s lead was cut back down to ten, 70-60, as BYU’s tough defense led them to two easy shots on the other end.

“When we got it down to 10, we definitely had a lot more energy,” Devashrayee said. “Then we missed a few shots and that hurt us. They were good looks. We didn’t give up and kept trying.”

The Cougars eventually came up short, unable to bring the game back within double digits.

“I thought we were too anxious,” Judkins said. “We missed a lot of open shots that we usually hit. Part of it was the game, part of it was confidence and part of it was being ready for the opportunity when it comes. I think it affected a couple of my younger kids.”

The Cougars hit the road to play Santa Clara at 8 p.m. on Thursday, Feb. 8.