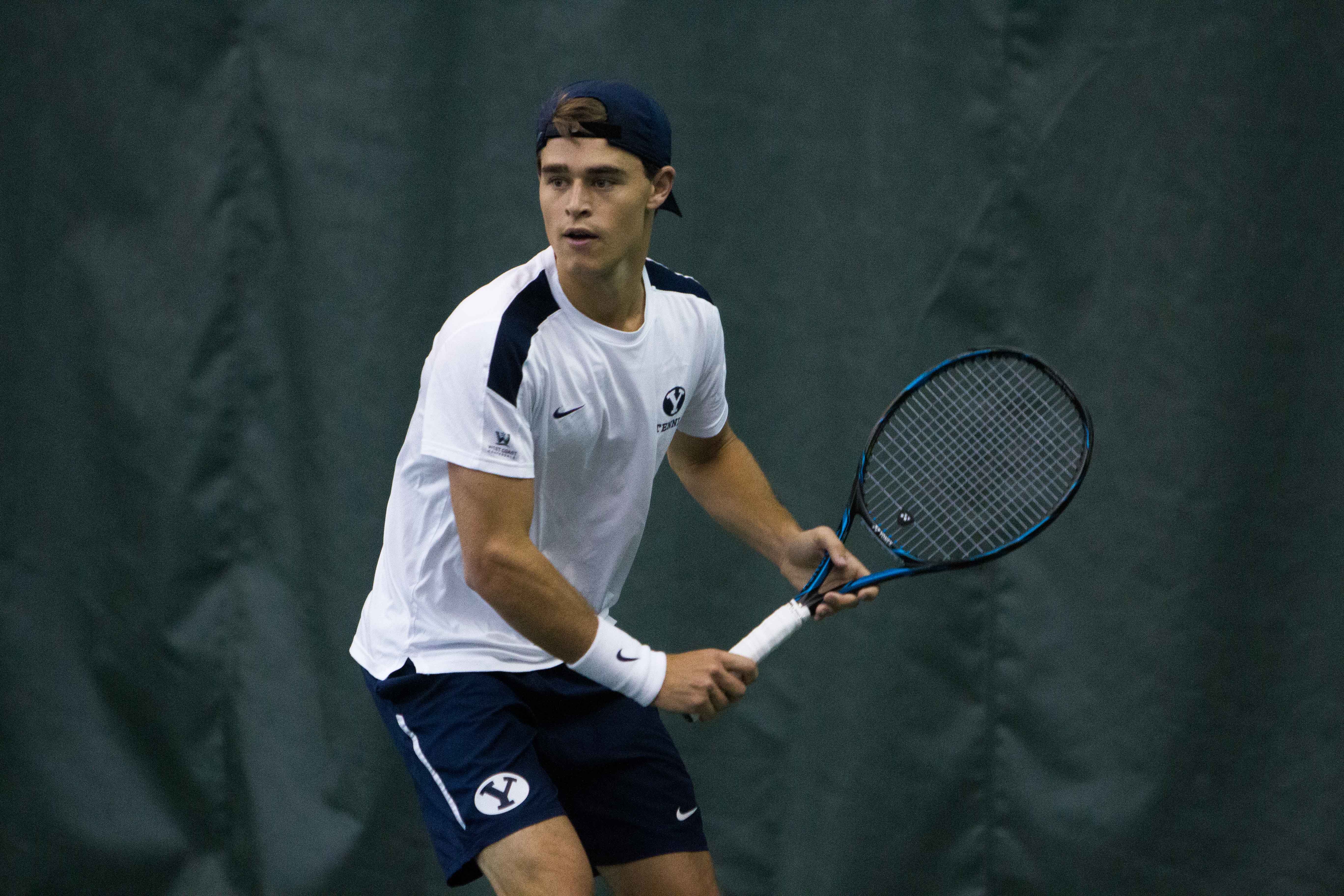 BYU men’s tennis beat Montana State and Weber State on Jan. 20 in their home-opening doubleheader. The Cougars came off with 6-1 wins against both teams.

The win over Weber State Saturday evening put the Cougars at 4-0 on the season.

“I’m proud of our guys because of how they fought and competed today in the doubleheader,” said coach Brad Pearce. “There was solid, competitive play.”

“I like how this team is preparing for every match. They are hungry, and that is what we want to encourage and foster in our program—being hungry,” Pearce said. “They want success and are willing to pay the price to get there. I give credit to Montana State and Weber State because we had to play well to win.”

Matthew Pearce, Tullis, John Pearce and Gajardo each pulled out competitive wins to bring the Cougars up to their 6-1 victories against both teams.

The Cougars’ next match takes them on the road to San Diego State on Jan. 27.