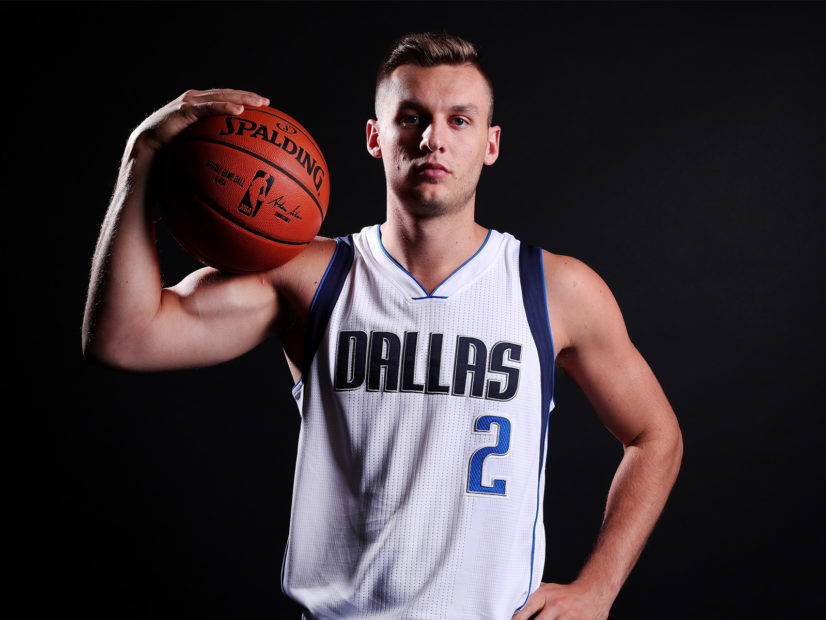 Collinsworth is in his second year with the Mavericks’ G-League affiliate, the Texas Legends, after going undrafted out of BYU in 2016.

During his time at BYU, Collinsworth broke the NCAA single-season and career triple-double records, with six and 12 respectively.

“He just does everything,” said Legends coach Bob MacKinnon Jr. of Collinsworth earlier this season. “He’s like Inspector Gadget, anything you need done, he does, and he plays so hard. He’s got a great feel for the game.”

“If you’re his teammate, you love playing with him.” MacKinnon continued. “He gets guys shots, he helps people out on defense, he knows where everyone’s supposed to be at all times, he talks, he’s a terrific teammate. He can play at the NBA level with all that.”

With the two-way contract, Collinsworth will continue to play for the Legends, but also have the opportunity to get called up to play for the Mavericks at any given moment.

This is the first year the NBA is implementing the two-way contracts. Teams are allowed to have two on their roster at once, and the players are limited to no more than 45 days with the NBA team.

Only players with four-or-fewer years of experience in the NBA or G-League qualify for a two-way contract, and are paid daily depending on how many games they play in each league.

Collinsworth will wear No. 8 for the Mavericks.

This marks the first time a BYU basketball alumnus has been on an NBA roster since March 2016, when Jimmer Fredette was officially waived by the New York Knicks.