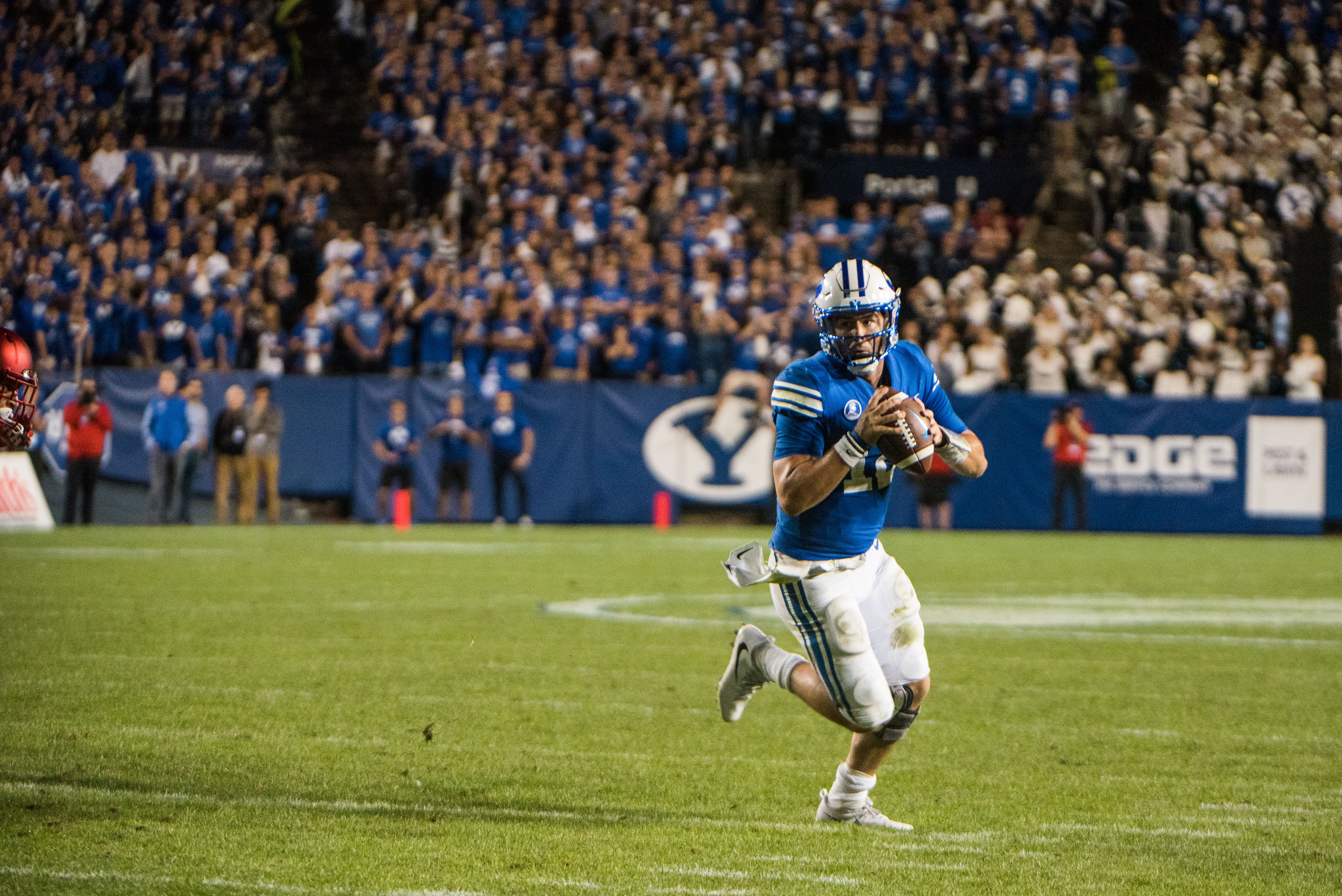 The BYU football team’s season finished with a final victory in Hawaii over Thanksgiving weekend as the Cougars limped to a 4-9 record for 2017.

The losing record was the worst season since 1955 when BYU went 1-9.

The Cougars’ high hopes for their seventh year of independence seemed to be in jeopardy from the first game of the season when their victory against FCS opponent Portland State was not as decisive as expected.

They went on to lose their next seven games, including a 27-0 shutout at the hands of LSU and a close 19-13 loss to in-state rival Utah.

It was the worst start to a season for BYU football since 1968 when the Cougars lost seven-consecutive games after opening the year with a win over Western Michigan.

2017 was Kalani Sitake’s second season as BYU’s head coach. He finished last season with a record of 9-4 which, when added to this year’s results, brings his career record at BYU to 13-13.

There is no indication his position as head coach is in jeopardy, but there has already been a shakeup on the young coaching staff after this season’s poor performance.

Ty Detmer, the former BYU quarterback and 1990 Heisman Trophy winner, was released as the team’s offensive coordinator on Nov. 27.

It is not clear yet if he will serve in an alternate capacity moving forward.

Injuries plagued the Cougars this season, making it difficult to field a consistent team on either side of the ball.

Starting quarterback Tanner Mangum suffered a season-ending injury on Nov. 4 during a loss to Fresno State, and after giving snaps to a few different quarterbacks, including Beau Hoge and Koy Detmer Jr., Sitake settled on true freshman Joe Critchlow as his starter to finish out the season.

Critchlow showed some promise in his six appearances for the Cougars. He completed 55-101 passing and threw for 642 yards and three touchdowns.

There will be no bowl game for BYU this year, the first time since 2004. With a nightmare season behind him, Sitake is looking to the future.

Sitake may very well be feeling the pressure as the young head coach of program that is not used to missing bowl games, but he might find some comfort in the company of another Cougar coach who posted a losing record in his second season — LaVell Edwards.

After a 7-4 record in his debut year in 1972, Edwards went 5-6 in his second year before righting the ship and finishing .500 or better for the next 27 seasons, highlighted by the 13-0 National Championship campaign in 1984.

Should I stay or should I go?