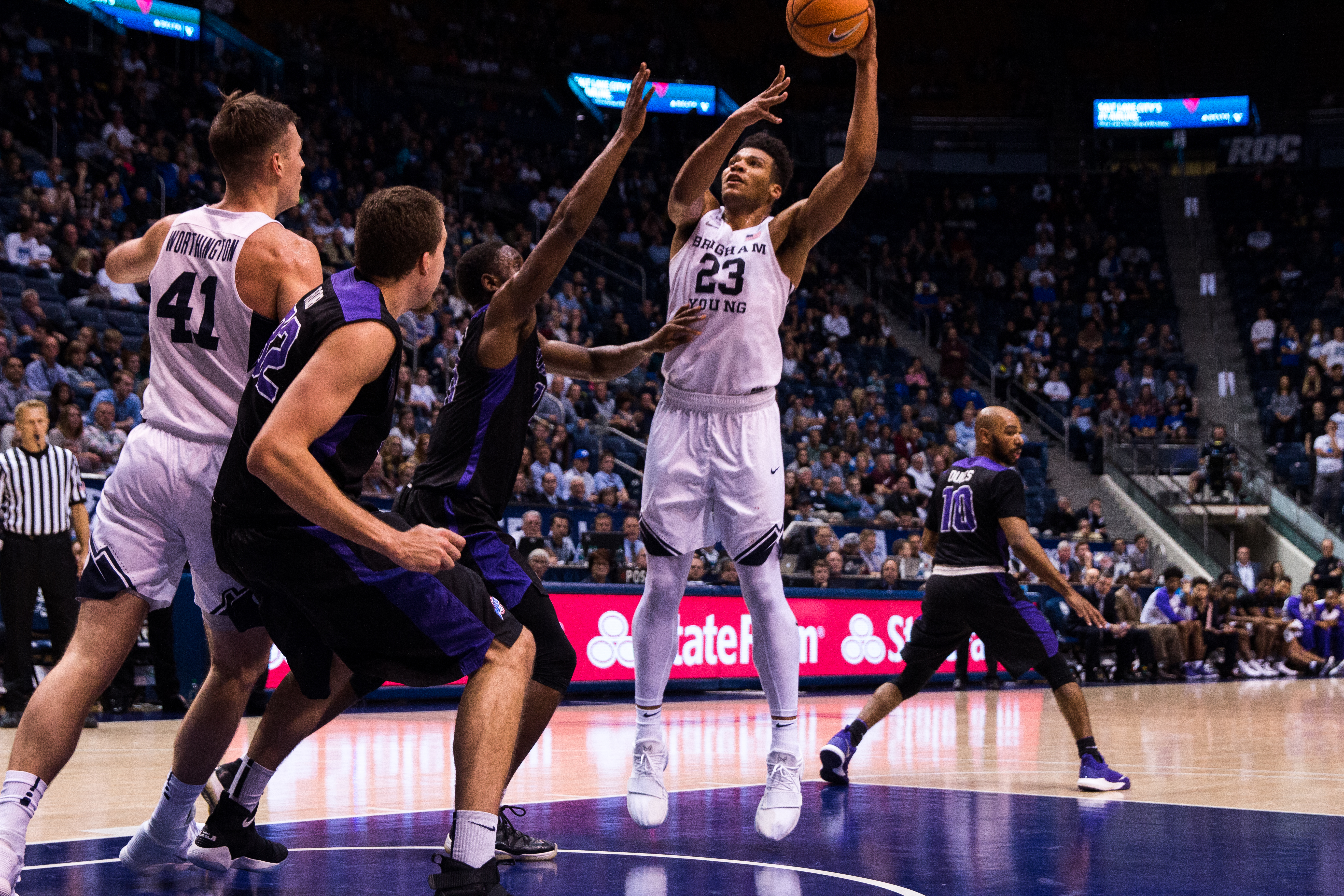 The Cougars started off their New York road trip with a 71-59 loss to No. 25 Alabama in another cold shooting night from the 3-point line.

BYU started off on the right foot with a made 3-pointer from Elijah Bryant to go up 3-0, but never led again after that.

Alabama went on a 20-5 run to start off the first half and never looked back.

The Crimson Tide had four players score in double figures; however, their star freshman recruit, Collin Sexton, was held to just 10 points.

The Cougars had trouble from both the 3-point and free-throw lines, shooting 24 and 52 percent, respectively.

The team had shooting woes in its last loss as well, against UT Arlington on Nov. 18, where BYU missed 18 3-pointers in a row.

The team had several chances in the second half to make a comeback, but missed shots and rebounds allowed Alabama to stay in control the entire game.

Alabama’s size and physicality in the post gave BYU trouble throughout, with Dalton Nixon and Zac Seljaas both picking up four fouls in the game.

The best BYU chance came in the final minutes of the game when Seljaas hit back-to-back 3-pointers to bring the Cougars within eight.

BYU would then go on to make only one field goal in the final five minutes of the game while Alabama came down with some clutch offensive rebounds to seal the victory.

BYU falls to 3-2 on the season and will look to bounce back against UMass tomorrow, Nov. 25 at 12:30 MST. The game will once again be broadcast on Facebook and BYU Radio.