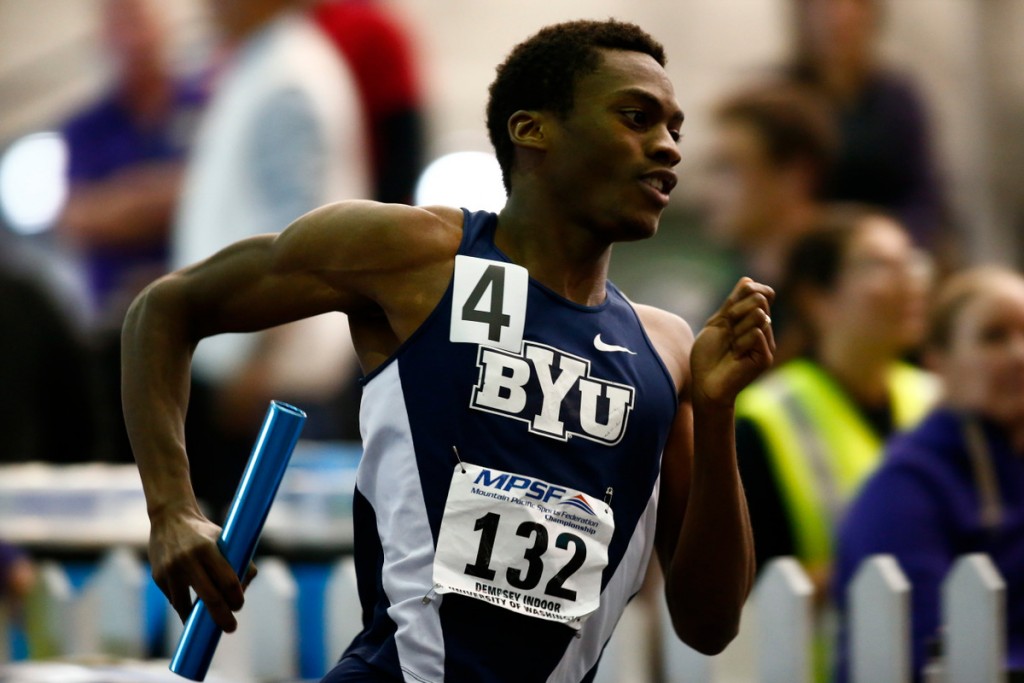 Former BYU track star Shaquille Walker has been busy. After record-breaking performances on the track for BYU, he made the difficult decision to forego his senior season to pursue professional running. A week later, he was caught up in controversy during the Olympic trials.

Walker announced his decision to leave BYU and join the Brooks Beasts Track Club, a professional running club in Seattle, via Twitter on June 24. He indicated that his first pursuit with the team would be the Olympic trials, where he ran the 800-meter race.

BYU Track & Field Head Coach Ed Eyestone noted in an email that the decision was a difficult one for Walker.

“At the end of the day he felt that in his situation, being in an Olympic year … he wanted to get out and strike while the iron is hot,” Eyestone said.

Still, it was difficult for Eyestone to bid farewell to his star.

“If I was making the decision for him I would have him run for me for another year, but I know it was a tough decision and he has weighed the pros and cons,” Eyestone said.

Walker’s three years at BYU were full of records, recognition and superb performance on the track. The All-American has been recognized as the NCAA National Athlete of the Week, won a gold medal for Team USA at the World University Games and set the university record for the 800-meter race twice by breaking his own record.

His decision to go pro has been in the works for a little more than a year. Brooks Beasts Senior Sports Marketing Manager Jesse Williams said in an email that they had been watching Walker since the U.S. Championships a year ago.

“He has had a great 2016, and when we met him at NCAAs we knew he was a tremendous fit for the Beasts,” Williams said. “He has a magnetic personality and is a true team guy.”

For Walker, the feeling was mutual.

“In my mind, it had always been Brooks that I was looking at,” Walker said. “Of course you want to look at what other people have to offer, but for me Brooks was always where I thought I would probably end up.”

He cited the success of the team and the general feeling surrounding them as his top factors for choosing Brooks. Walker hoped to start his career by qualifying for the United States Olympic Team.

But his Olympic dreams came crashing down.

After advancing to the semi-finals of the Olympic trials, Walker was tripped up as an opponent accidentally clipped his heels from behind — removing Walker’s momentum and causing the opponent to fall. Both athletes filed official protests after the race.

The opponent was allowed to participate in the finals while Walker was denied because it was ruled he had impeded another runner. He was originally disqualified, but after his appeal it was ruled that his time that was affected by the incident would stand, leaving him in the No. 10 spot.

A total of eight runners advance from the semi-finals, meaning that Walker’s dreams of Rio were gone.

In an interview with the Deseret News after the race he said he felt “cheated,” but added the loss would “only motivate” him.

No one knows what is next for Walker, but it is clear that the BYU community will miss his talent.

As he says goodbye to BYU, Walker appreciates the university for more than the running. For him, it’s more about the people along the way.

“It’s easy to think sometimes that running can define your life, and it can for some people,” Walker said. “For me, it doesn’t. The things that define me the most are things that I ultimately got from BYU — relationships, friendship, life lessons that I learned … I feel like I really found myself there.”

“Obviously, he has run for BYU these past two years and will continue to run for BYU in our hearts,” Eyestone said.