Doughnuts are the go-to confectionery treat that one-ups all the rest. They wow classmates or co-workers during a final presentation. They help people create long-lasting, sweet memories with a best friend or significant other during a Saturday morning doughnut run.

Whatever the occasion, doughnuts have been an American classic since their invention in New York City in 1920, and now Utah locals are serving up some of the best.

Salt Lake City’s Banbury Cross is renowned for its blueberry and cinnamon crumble doughnuts. Utah food bloggers Olivia Gouchnour of Utah Grubs and Brooke Ellison of Female Foodie agree Banbury Cross is the No. 1 place for doughnuts in Utah.

“I’m going to have to say that Banbury Cross in Salt Lake City is the best of the best in Utah,” Gouchnour said.

Banbury doughnuts are sold fresh each morning for $1.25 each or $11.75 per dozen. The bloggers recommend stopping by early in the morning before popular items sell out.

This local stop has been a part of Provo’s history for more than 50 years. The bakery introduced a fresh look in summer 2015 to go along with their fresh doughnuts made every day as early as 4 a.m.

“Our maple bars and apple fritters are the most popular and run out really quickly,” said Provo Bakery employee Maraina Judd. “My favorite doughnut is our glazed croissant with cream filling.”

Art City Donuts got its name from its original location in Springville, also known as Art City. Each tray of these elaborately decorated mini doughnuts is a work of art.

Art City Donuts are transported and served out of a bright yellow food truck. People can find the food truck’s location each day via its Instagram account.

“Art City Donuts are the best for sharing with people and personalizing,” said Courtney Rich of Cakes by Courtney. “I love adding toasted coconut to my maple-glazed doughnuts. The combination of crunch from the toasted coconut with the warm and soft doughnut holes is perfection.”

This Lindon restaurant categorizes itself as “fine Mexican dining,” but let’s skip right to dessert: its cronuts are filled with custard and fruit, then topped with a drizzle of sauce.

Beyond Glaze has storefronts in American Fork, Sugar House, Draper and Ogden. The doughnut shops offer glazed doughnuts with more than 28 flavored toppings.

Previously a wedding cake shop, Beyond Glaze mastered the art of creating beautiful, elaborate toppings and decorations. It then translated those skills into making doughnuts.

Utah Grub blogger Gouchnour ranks the German chocolate and s’mores doughnut as her Beyond Glaze favorites. Peach cobbler and apple crisp flavors are available for people who love fruit flavors.

The American Fork shop dishes up doughnuts that are a mix between classic originals and complex, modern flavors. Avenue Bakery makes customers wonder, “Why didn’t I think of that?” as the bakers take a cinnamon roll doughnut and top it with maple frosting and slivered almonds.

Rich recommends trying this cinnamon doughnut in addition to two other of her family’s favorites.

“Head over there and try the samoa, the mango tango and the cinnamon with maple,” Rich said. “Yes, all three. You won’t regret it.”

Finca is a hip Mexican restaurant that redefines rustic elegance. It is a full-service restaurant with a coffee shop inside called La Barba Coffee; this is where the restaurant’s out-of-this-world churros are served.

Another Provo shop, located on Center Street, it has a number of pastries and other sweet desserts. However, their cronuts take the center stage.

“As for doughnuts in Utah County, I’d have to say the best is between Krispy Kremes (classic) and Bianca’s on Center Street, which has amazing cronuts,” Gouchnour said.

Yelp reviews recommend the lemon cream or the chocolate cronuts.

This Salt Lake bakery is the place to go before ice skating at the Gallivan Center or touring Temple Square on date night. Its old-fashioned doughnuts are made with only the best local ingredients. Female Foodie blogger Ellison recommends the bourbon vanilla bean.

Clark’s food truck moves around Utah and shares its location daily via Instagram. However, Clark’s is most recognized and visited while parked along 900 East in Provo.

Clark’s brings Malasadas to Utah. Malasadas are Portuguese doughnuts made famous in the Hawaiian islands. These doughnuts are rolled in sugar or a cinnamon-sugar mixture and are then filled with different flavors of custard or cream. They are served at $1.25 or $1.50. 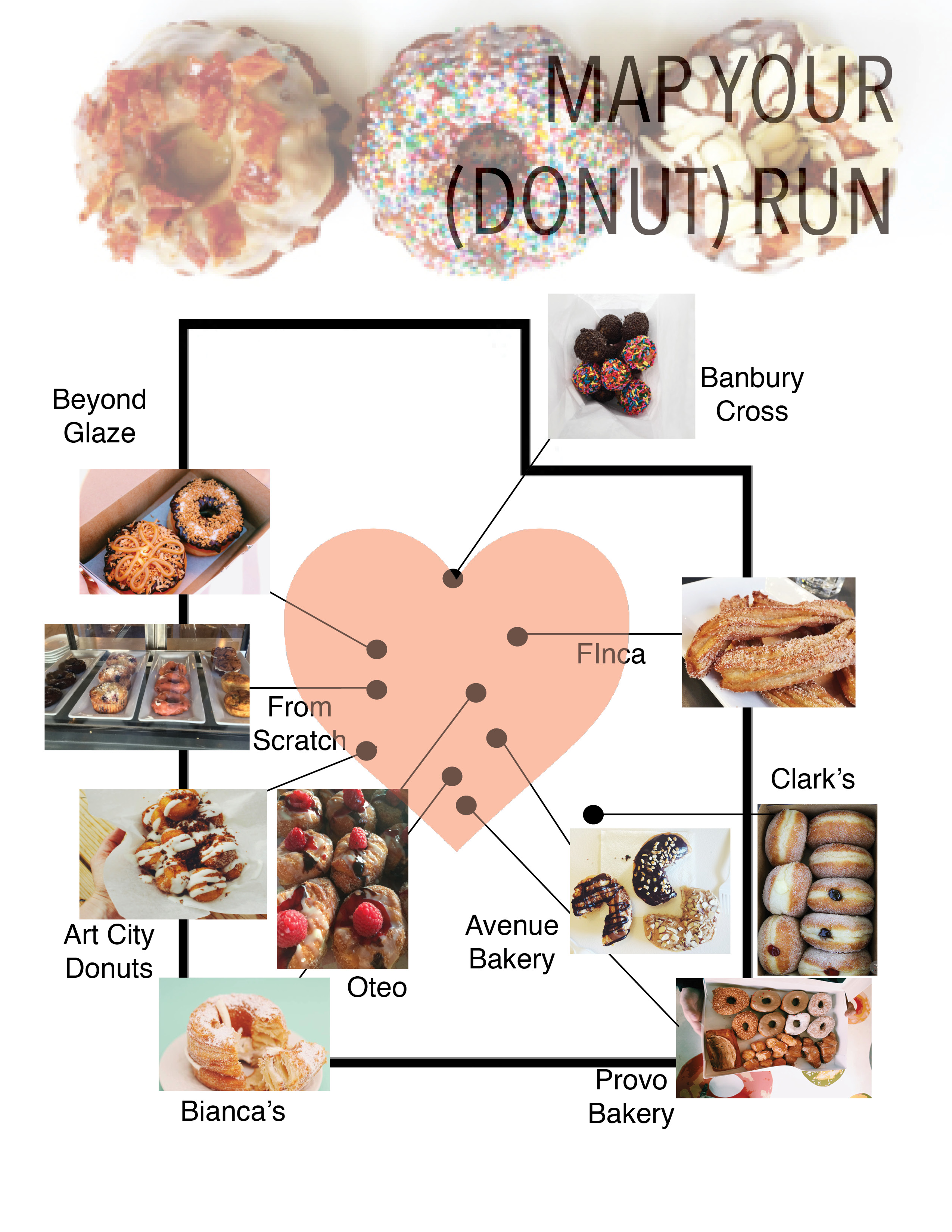 How to save money buying tech at the BYU store