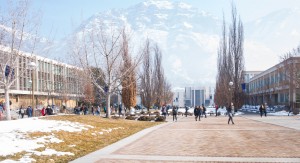 An ex-Mormon group plans to continue using university accreditation groups as a way of attacking the BYU Honor Code.

FreeBYU director Brad Levin told The Daily Universe the group plans to file complaints with other accrediting groups that require colleges to abide by certain religious freedom or anti-discrimination policies. Also on its list is the BYU’s Psychology Department, accredited by the American Psychological Association. The group offered no other specific targets.

Brad Levin, a FreeBYU director, said the group is promoting religious freedom as a human right. “Everyone at BYU is a human,” he said. “They don’t abandon human rights when they walk onto campus.”

Mormon students agree when they enroll at BYU to live the school’s Honor Code by staying in good standing with the church. If they formally leave the church before graduating, they lose access to university-contracted housing and are no longer eligible to continue attending classes or earn a BYU diploma.

Caleb Chamberlain, FreeBYU director and founding member, proposes students who change faiths be treated like non-LDS students by requiring ex-Mormon students to pay the higher, non-member tuition and get an ecclesiastical endorsement from a new faith leader or from the BYU chaplain. Non-LDS students are still obligated to follow the Honor Code on and off campus according to policy.byu.edu.

BYU spokeswoman Carri Jenkins said the Honor Code is clear and that LDS students are under additional obligation to follow the standards of The Church of Jesus Christ of Latter-day Saints.

“Institutional diversity is highly valued in American higher education and is recognized by federal law,” Jenkins said. “BYU is very open and clear about its mission as a religious institution.”

Chamberlain claimed that Mark Juergensmeyer, the UC-Berkley professor who boycotted the BYU Law School’s International Law and Religion Symposium in October 2015, did so after FreeBYU informed him of the Honor Code policy regarding former LDS students.

Chamberlain said it is unlikely BYU or its various schools will lose accreditation as the group continues to submit accreditation compliance complaints and contact religious freedom advocates in an attempt to change the Honor Code. FreeBYU does hope the accreditation attacks will force BYU “to make adjustments.”

Levin said the Northwest Commission on Colleges and Universities and the American Bar Association were the top targets for accreditation challenges because of specific language with each accrediting body’s academic freedom and non-discrimination clauses, particularly regarding sexual orientation and freedom of religion. He also said FreeBYU will send similar complaints to any number of the 26 groups that accredit different BYU departments.

“We have been accredited by the ABA since 1974 and are confident that we continue to meet ABA standards,” she said in a statement.

Levin said FreeBYU will continue to advocate for participants in BYU religious freedom conferences to pressure faculty to change the policy.

“BYU’s Annual Law and Religion Symposium provides an important opportunity to discuss religious freedom,” Jenkins said.  “We believe participants in this symposium will continue to see the value of this extraordinary program.”

FreeBYU started in 2013 with Chamberlain and another founding member, Ryan Bowcutt. They initiated a social media presence on Facebook the same year.

FreeBYU sent a letter in November 2014 to the BYU Board of Trustees, addressed to board chairman and church president Thomas S. Monson, with an initial proposal to change how the university deals with ex-Mormon students. Chamberlain said they were “rebuffed” and “ignored.”

In March 2015, FreeBYU filed a formal complaint to The Northwest Commission on Colleges and Universities, who later ruled BYU was not out of compliance.

According to Levin and Chamberlain, FreeBYU is principally made up of alumni that experienced “faith transitions” at BYU and touts “a couple dozen” active volunteers. As of Feb. 3, 2015, more than 2,900 people signed the change.org petition to allow ex-Mormons to continue their education. The petition, which was submitted to BYU administration on Dec. 11, 2015, held closer to 2,700 signatures.

Chamberlain claimed BYU created the current policy in response to Michelle Warner, a female student who removed her name from church records but still wanted to remain at BYU.

The Deseret News reported in March 1993 that Warner’s case prompted BYU to add the Honor Code policy denying former LDS students ecclesiastical endorsements. Religious freedom, Levin said, is a human right defined by the United Nations and includes the freedom to associate or disassociate as one pleases. Levin also said that one can’t “contract away” a human right.

“Everyone at BYU is a human,” Levin said. “They don’t abandon human rights when they walk onto campus.”

Generally, Levin and Chamberlain said the current Honor Code policy dealing with former LDS students is legally and doctrinally at odds with what church leaders have stated regarding religious freedom and the eleventh Article of Faith.