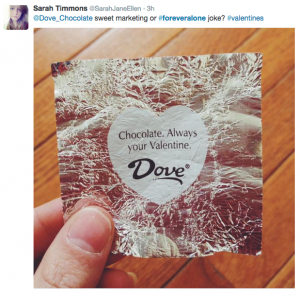 Many single BYU students are divided on the Valentine’s Day-celebration topic. Some choose to celebrate, while others mourn their relationship status, or lack thereof.

“Ever been rejected? Us too,” The Wall posted. “Had a nightmare date? Too many to count. You’re not alone.”

The Wall will host solo artist Jimmy Davidson and comedian Aaron Woodall. Davidson will sing, and Woodall will joke about “the painful world of dating.”

BYU student Maddie Steele works at The Wall and is in charge of Rejection Night. She said the basic premise of the night is an anti-Valentine’s Day party, but less bitter.

“It’s more about making fun of dating life rather than being mad at it,” Steele said.

Steele said she thinks many people end up alone on Valentine’s Day because they don’t have any options for where they can go or what they can do.

“I think that happens to a lot of BYU students regardless of their dating status,” Steele said. “Even couples can have a hard time figuring out something to do on Valentine’s Day. So this is really something that’s open to everybody, though it’s obviously geared a little more toward single people.”

The Wall expects a large turnout; the goal is to sell 150 tickets. Tickets will cost $2 at the door.

The Wall’s advertising is still in the beginning stages, but Steele said they’ve already had a great response.

According to The Wall’s event page, this is a Valentine’s night to share horrible date and rejection stories. The person with the best story will win “an amazing prize (and a lot of pity).”

The Wall Event Specialist Jensen Krause is a junior from Woodland, California, studying special education. She said Rejection Night sounded like a better plan than “sitting around eating chocolate and watching Netflix all night.”

“After having a rough year of the single life, what better way to spend a holiday celebrating dating and love than with my other single girlfriends laughing about our ridiculous experiences?” Krause said.