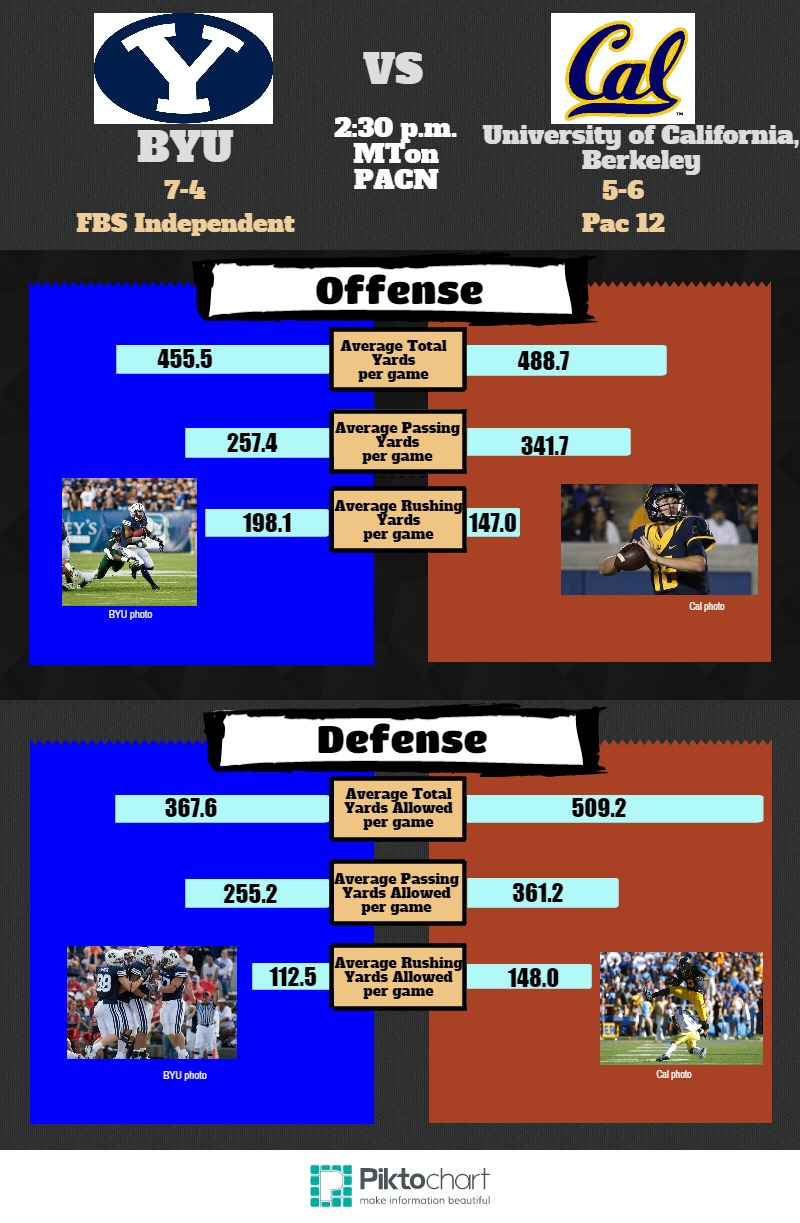 BYU continues its preparations to play the Cal Bears in its final regular-season game. The Cougars take on the Bears at 2:30 p.m. on the Pac-12 networks.

The Cougars last played Cal in the December 2005 Las Vegas Bowl, when the Bears won 35-28.

Sophomore quarterback Jared Goff is ranked third for most passing yards in the nation and has been accountable for nearly 70 percent of the Bears’ offense this season. Even BYU’s head football coach, Bronco Mendenhall, agrees that Cal has a good offense, and with a total of 3,560 yards, Goff might be a pretty big threat in the game.

However, BYU quarterback Christian Stewart has become a more confident player, and the offensive players feel “ready for the challenge” of a shootout, or whatever it takes.

“Christian is an unbelievable fighter,” said sophomore wide receiver Mitchell Juergens. “We’re completely behind him, and going into this last game before our bowl game, we’ve got a lot of seniors that have a lot of heart, so however many points (Cal) puts up, we know we need to put up at least one more. It’s going to be a fight, that’s for sure.”

BYU is 14th in the country in opponent yards per rush attempt, with 3.16. The Cougars are also No. 13 in the nation in rushing yards allowed per game with 112.5. BYU will expect a real fight from Cal, considering the team is the only thing standing between the Bears and bowl eligibility. The Cougars say they’re expecting the Bears to come out with everything they’ve got to reach a bowl game.

Junior running back Adam Hine knew from the get-go that Cal would put up a good fight but also acknowledged the great opportunity it provides BYU to make a statement about the program and its purpose.