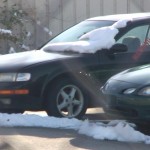 Last night at the Provo City Council meeting, officials discussed the first amendment in line to change the dynamic of towing in Provo.

The council unexpectedly opened the discussion to a public hearing. Some of the community members said this change to towing regulation would put small towing companies out of business, whereas others said it would even the playing field.

Towing companies meet their expenses by towing cars.  If a driver sees you make even the smallest infraction, they can tow.

Janelle Driscoll owns RP towing and operates in Provo. She says she follows strict regulations set by the state and says there’s nothing predatory about how she does business.

“There’s a need for me, whether people like me or not. I’m here because there are people parked illegally and they are in the way,” Driscoll said.

Community complaints have people demanding action on towing policies, and students say the practices are too harsh.

“It’s a little too strict, like they are out there to get us,” BYU student and Provo resident Christof Steffensen said.

Currently truck companies aren’t required to have constant yard staff, but they do have to respond within an hour. One proposal suggests an amendment that would require tow companies to staff their yard during all regular business hours.

Tow trucks would also have to have a special license to tow for police accident removals and DUI’s.

Mayor John Curtis says there is no quick fix and that the city, the state legislature and private towing companies must make changes.

“I don’t believe they have been good stewards…some have been aggressive.” Mayor Curtis said.