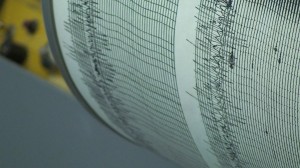 Utahans have long known about an impending major earthquake that could hit the Wasatch Front at any time. Casually referred to as “the big one,” a predicted 7.0 magnitude quake could hit Utah anytime in the next 100 years.

The University of Utah Seismograph Stations (UUSS) are the epicenter of earthquake research in Utah, and constantly monitor seismic activity throughout the state with over 250 seismometer stations.

Research seismologist Katherine Whidden stresses the importance of awareness and disaster preparation. “ The threat is very real,” Whidden said. “We live in earthquake country and could have a large, damaging earthquake at any time…and it’s important that people be prepared, and have food and water for 72 hours.”

With a time table of decades or even centuries, people may not always feel the pressing need to actively prepare for an earthquake. Some homeowners, however, are concerned about what they would do in an emergency.Provo resident Lynda Roper expressed her primary worries during a disaster. “Where is my family? Where are they, and can we get back together? Is there going to be some big crack in the road, or power lines down and they can’t get home?” Roper said.

Though a major earthquake may be on the horizon, seismology is an inexact science and cannot predict an event in the short term. The University of Utah’s seismic research station functions, rather, to pinpoint the exact locations of an earthquake after it has occurred, and send out emergency responders within minutes to those in need of help. Experts like Whidden say that everyone should have a disaster plan in place; where to meet and where to go for protection. People should store a 72-hour supply of food and water and have extra batteries on hand as well. For more information on disaster preparedness, click on the following link: http://ussc.utah.gov/threat.html