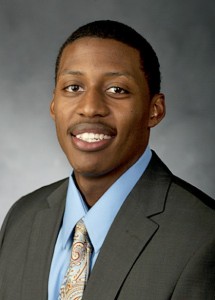 The BYU men’s basketball team will not feature DaMarcus Harrison on its roster next year as he has decided to transfer to a school closer to home.

The Greenville, S.C. native has decided to transfer to Clemson University for the 2012-2013 season, less than 40 miles from his hometown to play basketball for the Tigers in the Athletic Coast Conference.

Harrison, who was a freshman guard during the 2011-12 season, averaged 3.2 points and 1 rebound in 8.8 minutes of play per game, while shooting 33.9 percent from the floor and 26.5 percent from beyond the arc.

“We appreciate the hard work and dedication Damarcus gave to our program this past season,” BYU head coach Dave Rose said. “Damarcus is a great young man from a wonderful family. We wish them the very best with this new opportunity.”

Harrison had his best game in the opening round of the NCAA Tournament against Iona, a historic 25-point comeback victory, which marked the largest deficit to overcome in tournament history. Harrison scored a career-high 12 points, while shooting 4-of-6 from the floor.

Harrison had made plans to serve an LDS mission over the next two years instead of playing for the Cougars, but with his transfer to Clemson, his plans are not immediately known.