“A great napping space,” “dirty” and “difficult to find.” These are a few expressions that have been used by students to describe the mother’s rooms at BYU. These are not words that should describe these rooms. BYU encourages women to continue their education or career while being a mother, yet there are only a few decent mother’s rooms on campus. According to the Affordable Care Act, mothers who are feeding their infants have the right to a safe, private area. Mothers can breastfeed anywhere on campus, but they also have the right to a clean, private space that is not a bathroom stall or a space shared by sleeping or studying students. These rights apply to both BYU employees and students. They deserve clean mothers rooms that are easy to find. A step in the right direction would be to place appropriate signs and maps around campus to help mothers identify safe spaces where they can feed their children. Out of 50 student and faculty women surveyed, 83 percent believed that there were less than 4 nursing rooms on campus, when there are really 32. Out of 41 student and faculty mothers surveyed, 80 percent were not even aware that BYU’s Women’s Services and Resources (WSR) has a map identifying the mother’s rooms on campus. The problems surrounding mother’s rooms have been ignored by BYU for too long. BYU’s WSR is working hard to make changes. They have created an updated map of nursing rooms on BYU campus, which is available on their website, and are working to get the word out. They have also made improvements to some of the mother’s rooms on campus, and this summer they have a project planned to implement better signage, among other things. Keep your eyes open this fall because big things are coming your way.

Freshman fifteen: This phrase is a dreaded thought that crosses almost every  incoming student’s mind as he or she starts the first day of college. Studies show that most students gain three to ten pounds in their first two years at college. A healthy diet emphasizes eating mostly vegetables, fruits, whole grains and dairy. For many universities, things such as convenience, cost efficiency and time put the issue of creating healthy meals on the back burner. The food options provided on campus are limited, or healthy options are too expensive. BYU has tried to make effective changes to improve the food services provided to students. For example, it has hired a new executive chef for catering and has begun to provide lighter meals and smaller portions. However, despite this, more can be done to fully ensure that students’ wellbeing is a priority to the school. To ensure the best nutrition for students, there should be rules and regulations considered when deciding what is healthy for a college student. Students will eat what is offered to them. Schools providing better nutritious options that still taste delicious will encourage good eating habits and support the wellbeing of their students.

While BYU offers a safe environment and a quality education at a reasonable price, the culture can be destructive for students. Our culture is largely driven by fear, and we should reflect on whether our personal beliefs are doctrinally sound and uplifting for the saints.

One example of a dangerous belief is our view on marriage. While some students do not place enough importance on romantic relationships and are still single past their thirties, many BYU students run toward the other end of the spectrum. A significant number of students feel pressured to marry in their early twenties and feel inadequate when they do not have a date that week. This unhealthy idea causes some students to feel undesirable and other students to rush into an important life decision based on peer pressure.

Another example of an unhealthy belief here at BYU regards LDS missions. While members can develop a strong testimony on a mission, there is a shame culture that affects those who did not serve or have returned early from their missions. Serving a mission is a personal choice between the individual and God. Some people decide they would like to serve in other ways, such as through the military, and some individuals return early from their missions because of physical or mental health problems. Assuming that the person is unrighteous because they did not complete a mission is judgmental and unhelpful.

I was at the gym the other day, and I couldn’t help but notice the lack of proper gym etiquette in Provo. After queuing the music on my phone, I walked through the front doors of the gym and immediately tripped on a dumbbell. I looked up to see weights scattered all over the floor, all claimed by various gym-goers. This is an issue old as time and is overlooked by gyms across the country. I would like to bring this issue to light — the usage of multiple pieces of equipment by a single person is inappropriate. I understand that some workout routines require that you use multiple equipment pieces. I also understand wanting to claim pieces in advance if they are more popular than others. However, this negatively impacts everybody else and can go on no longer. To provide a few solutions to this problem, I have created a three-step solution. First, when people decide they would like a gym membership, they should first watch a gym etiquette video that explains the dos and don’ts of etiquette and trains new members to be self-aware gym-goers. People should then sign a contract agreeing to apply the training they learned from the video. Finally, gyms should place clever signs around the gym to remind members of their agreement. Through the implementation of this three-step plan, we can build awareness of poor gym etiquette and facilitate a more enjoyable experience for all.

Build your own bow

Are you chasing money, fame or ease instead of building Zion? John Taylor said, “You will see the day that Zion will be as far ahead of the outside world in everything pertaining to learning of every kind as we are today in regard to religion matters.” Zion will achieve this lofty prophecy, but not on the world’s ethics. Too many BYU students watch sleazy shows. Their excuse? “There’s nothing better on!” You can answer: “Then go and put something better on!” The devil’s instruments surround us so completely that it is highly inconvenient to fulfill our heavenly destiny. Some might ask, why make a truly great and inspiring film when you can binge-watch utter rubbish? I say, why not? Others question, why make your own neat, attractive, modest clothing when the store sells skin-tight underwear for outerwear? I say that you can’t afford not to. This doesn’t mean that we should avoid all things that are man-made. Indeed, “if there is anything virtuous, lovely, or of good report or praiseworthy, we seek after these things.” Yet, the world’s bows of integrity, modesty, chastity and charity are broken. We cannot make do with a broken bow; we must build our own, and we must do it in the Lord’s way. Then and only then will we feast on the glorious realization of John Taylor’s promise and receive world-changing “revelations not a few.” The alternative is spiritual starvation. Let’s build our own bow. Let’s go to work and build Zion.

The majority of people agree that finding a place to park is a nightmare. Even when parking in a seemingly open parking lot, parking tickets appear because of the confusing and convoluted rules and exceptions. If a person wants to come to Provo, whether to enjoy an on-campus performance or visit a friend or family member living on-campus, he or she must spend time and gasoline finding a parking spot. Since most parking lots allow cars to occupy a space for only up to a half hour, attendees at the Women’s Chorus concert received parking tickets because the concert lasted longer than the allotted time. Students living in Heritage Halls undergo difficulties finding spots for their cars overnight. If a student can’t fit his or her car in the three rows residents are assigned, he or she must park in the stadium parking lot over a mile away. This can cause problems for those with jobs, and it is dangerous for students walking alone at night. The issue of cost and of space for additional parking is understood and valid; however, there are easy solutions to these. The cost of building condensed and closer parking is worth the safety of students who otherwise walk the distance alone. The unavailability of space can be solved by building multiple-level parking-garages on existing parking lots. Underground-parking lots don’t take up any space and can be built directly under campus buildings. BYU parking-garages are an investment worth taking for the safety and well-being of all students. 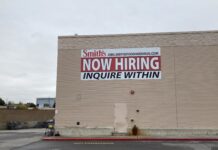 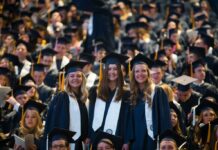