June 19 – An individual reported an unsecured bicycle taken from the racks. However, the bike was returned the next day.

June 20 – An individual reported being harassed on social media.

June 20 – An individual reported unauthorized use of a computer.

June 23 – A bicycle was reported stolen near Wymount Terrace Court.

June 20 – An individual fraudulently used credit cards at the Walmart Neighborhood Market on University Parkway on May 23. 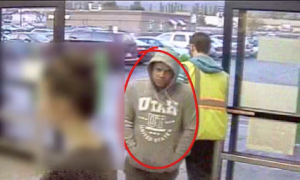 June 23 – Several reports of property theft from motor vehicles were reported. One theft took place south of the BYU campus at 800 East and 820 North, and the other two thefts took place at 600 East and 700 North.

June 22 – Luke Dollahite was sentenced to 10 years to life for a first-degree felony of attempted aggravated murder for stabbing five of his classmates and himself at Mountain View High School last November.

June 22 – A karate instructor was arrested on suspicion of sexual abuse of a 14-year-old girl. He was booked into the Utah County Jail on suspicion of six counts of aggravated forcible sex abuse and two counts of object rape, a second-degree felony.

June 23 – A woman turned herself into the Orem Police for robbing two banks. She was booked into Utah County Jail on suspicion of one first-degree felony of aggravated robbery.