Dave Melling leaned back in his chair and looked out across Scofield Reservoir at the green hills of Carbon County, Utah. His gray fishing boat slowly rocked back and forth on the dark blue water as he kept an eye on his two fishing poles, each one extended over opposite sides of his boat.

Suddenly, one of his poles bent violently and then sprung into the air. Before Melling could react, the pole hit the water and disappeared into the depths of the lake.

“It was airborne for a second, and then it was gone,” Melling said.

Thinking fast, he reeled in his other pole, added some weight to the line and cleaned the hook. He steered his boat directly above where his other pole disappeared, dropped his line into the water and let it sink as far as it would go. Then he began pulling his pole back and forth, dragging his hook across the bottom of the lake.

Feeling a snag, Melling quickly reeled in, hoping his desperate plan had worked.

As the end of his line reached the surface of the water, he smiled and reached out to grab his other pole, which he had miraculously managed to hook.

He sighed in relief and began reeling in his prodigal pole but felt something strange.

As he tugged and pulled, he realized the fish that had tried to rob him of his pole was still on the other end.

After a minute or two, the skill of the experienced fisherman paid off and Melling reeled in the would-be thief: an 18-inch rainbow trout.

“I’ve been fishing for as long as I can remember, and that’s probably the coolest thing that has ever happened to me,” Melling said.

“This year is going to be a great year for fishing,” said Wiley, who works for the Utah Division of Wildlife Resources.

“A lot of people think that Utah Lake is dirty, so they don’t bother going, but there is actually a diversity of fishing opportunities there,” Wiley said.

Wiley said stream fishing is a good option for someone looking to “get away” and be a little more active. Wiley said the best places are Provo River, Diamond Fork River, Price River, Green River and Weber River.

Timing is an essential part of good fishing, according to Wiley.

“The best time to fish a lake is in the morning before the sun has hit the entire lake,” Wiley said. “Fish are more active in lakes during May and June and then again in September and October because the water is cooler.”

Wiley recommended stream fishing in the early to mid-morning and from 4 p.m. until dark.

“When the sun is lower, there are more shadows on the water, and the fish don’t see you coming,” Wiley said.

“Make your bait look natural and buy some high-quality fishing line that is practically invisible in the water,” Melling said. “It will make a difference.”

Jason Woodruff, an avid fisherman who is preparing to open his own fly fishing shop, said his best advice is to not get discouraged.

“It’s called ‘fishing’ for a reason; it’s not called ‘catching,'” Woodruff said. “Just keep trying, be patient and have fun.”

“Be smart, study it out and be willing to change methods,” he said. “You’ll be more successful.” 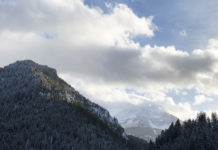 Avalanche safety guidelines, knowledge could save lives during snow season 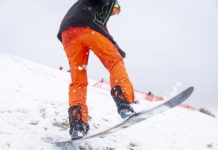 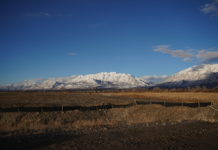