Sexual assault is a serious issue affecting college campuses nationwide. One in five women and one in 16 men are sexually assaulted while in college, according to the National Sexual Violence Resource Center.

The past year at BYU and other universities has been marked by an ongoing review of Title IX and sexual assault policies.

In response, President Kevin J Worthen formed the Advisory Council on Campus Response to Sexual Assault. The council spent significant time reviewing and revising the university’s policies and the relationship between the Title IX Office and Honor Code Office.

The advisory council announced 23 recommendations to the President’s Council, which moved to adopt all of them. The creation of an amnesty clause and a victim advocate position were among the immediate recommendations implemented.

“We have an obligation not only to provide that support, both emotionally and spiritually, but also to create an environment where sexual assault is eliminated,” President Worthen said in a letter to the BYU community on Oct. 26.

Other Utah schools also looked at their own policies regarding sexual assault.

“This makes clear the policy applies campus-wide and signals our commitment to nondiscrimination for all participants and programs associated with the university —  students, staff, faculty, patients, visitors, as well as participants in university programs and activities,” said Sherrie Hayashi, director of the Office of Equal Opportunity and Affirmative Action at the University of Utah. “If you are someone in crisis or involved in an Office of Equal Opportunity investigation, we hope the process is now easier to navigate.”

Utah State University also updated its sexual assault policies for amnesty and confidentiality in October 2016, as reported by the Salt Lake Tribune.

The policies outline where sexual assault victims can report an attack and grants amnesty for alcohol and drug-related student code violations. The changes follow an investigation of four cases of women who say they were sexually assaulted by former USU football player Torrey Green.

Harvard University recently announced the restructuring of its Title IX Office, including the creation of two separate offices.

The division will formally separate administrators who investigate sexual assault complaints and those who provide Title IX training and resources, as reported by the Harvard Crimson.

“This is a change being made in response to feedback from the community and a desire to enable the Title IX Office to expand its menu of trainings and educational opportunities across the university,” said Peggy E. Newell, deputy provost at Harvard, in a statement.

“We have had far too many incidences of sexual assault on this campus and campuses beyond,” Gold said. “The Greek community will not stand back and allow our members to be harmed or feel unsafe. We were given the tools and opportunities to make a change, so we did.”

Gold said she hopes to see a decrease in the prevalence of sexual assault and an increase in student safety on campus.

“I hope to see more activists within our community as we hold more events to end rape culture and spread awareness about the necessity that is consent,” Gold said.

Editor’s note: The Daily Universe has provided broad coverage of the controversy over how sexual assault is handled at BYU during the past year. Links to the paper’s news coverage are listed below.

How BYU handles sexual assault investigations is the subject of a media firestorm that is fueling interest in an online petition calling for change. How police information beyond the scope of a public police report reached BYU officials has made the situation even more complex. See full article here.

Sexual assault is a longtime problem on college campuses throughout the nation. One in five women are sexually assaulted while attending a university and up to 80 percent of the time the victim is well-acquainted with the attacker, according to “Encyclopedia of Sexual Offense in Law.” See full article here.

The issue of sexual assault at BYU continues to gain national attention as the university studies the Honor Code’s potential conflict with Title IX protection. Elizabeth Smart interviewed Colleen Dietz and Hailey Allen, who said their experiences with university and church officials after their assaults were humiliating and made them reluctant to speak to others about their experiences. See full article here.

In this exclusive Universe video, students offer their snap-reactions to the university’s plans to implement an amnesty clause exempting sexual assault victims of Honor Code violations at or near the time of assault. See full article here.

Recent changes to BYU’s sexual assault policy have pleased both researchers who suggested changes and protesters who spurred conversation about the policy. See full article here.

Provo police announced on Oct. 31 that they received a $538,739 grant from the Department of Justice’s Office on Violence Against Women for their improvement in helping and working with victims of domestic violence and sexual assault. See full article here. 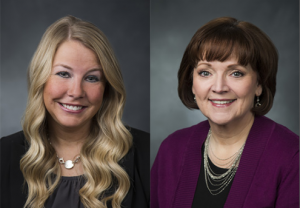 Tiffany Turley, the manager of BYU’s Women’s Services and Resources, has been named as the university’s new Title IX coordinator. Additionally, Lisa M. Leavitt, a psychologist who has worked in BYU’s student counseling center for more than a decade, has been named as a full-time advocate for victims of sexual assault. See full article here.

All-male organizations across the country are seeking to engage men in the fight against sexual assault, including a group here in the Beehive State. The Men’s Anti-violence Network of Utah is a state-wide nonprofit comprised of business, education, community and government leaders dedicated to involving men in local efforts to snuff out this social issue. See full article here.

Some people who commit sexual violence say they were blacked-out drunk and didn’t know they were hurting someone, according to psychologist, researcher and deputy Title IX coordinator at Brown University Lindsay M. Orchowski. See full article here.

BYU’s Title IX Office and the Honor Code office carry out investigations regarding cases of sexual assault, but each has a different purpose and role. See full article here.