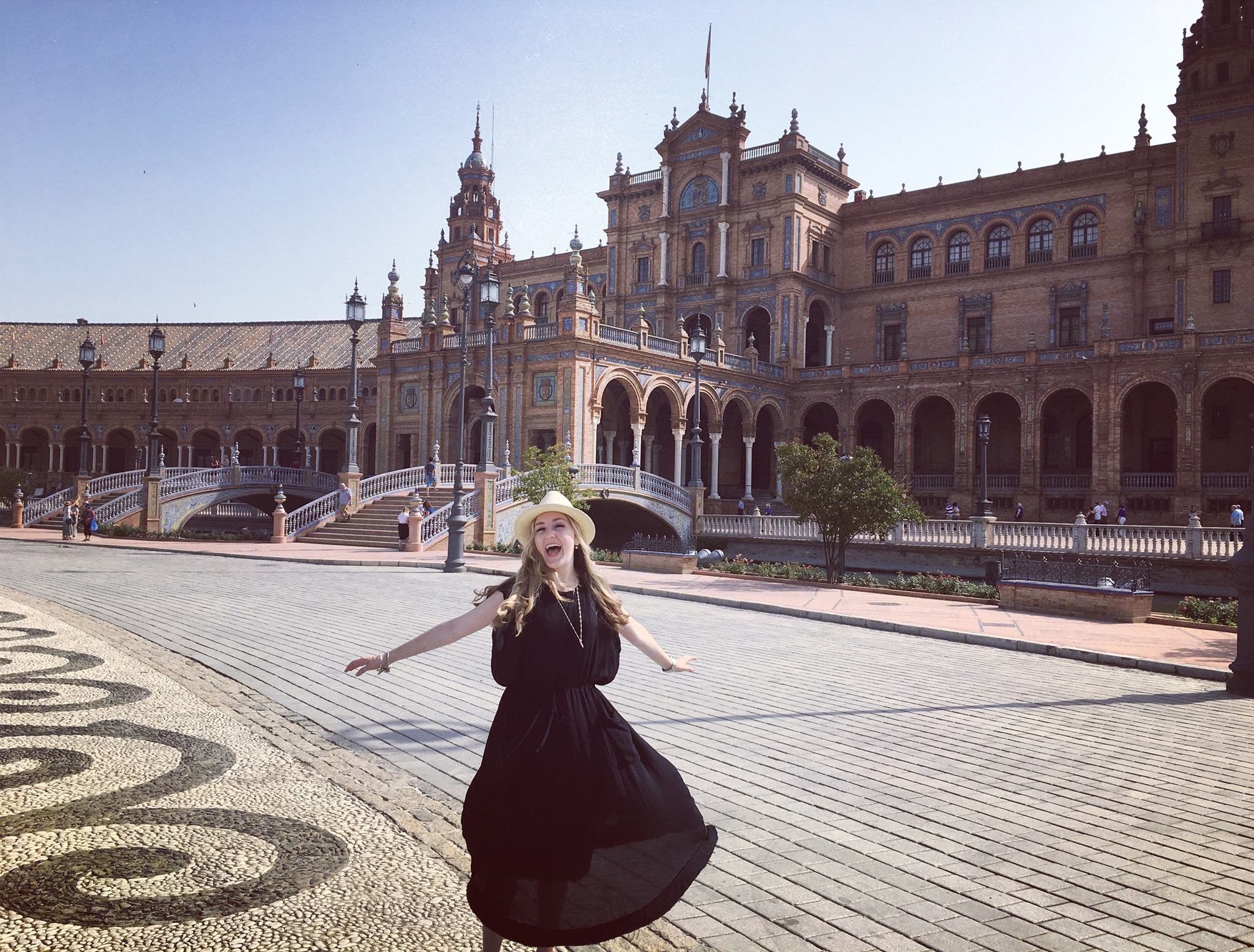 BYU students Caroline Palmer and Haley Peterson are among this group of students who have chosen to study abroad more than once.

Palmer, an anthropology student, said she loves England so much she decided to do two study abroad programs in the United Kingdom back-to-back.

“I decided back then that I was going to go on the Cambridge study abroad because it would give me the opportunity to research and see how the British system works for education, since I’m planning on going to grad school in England,” Palmer said.

Palmer conducted research with a professor and networked with a number of different graduate schools while studying at Cambridge. She then received offers from both Oxford and Cambridge to study abroad as a graduate student.

“I knew that I wouldn’t want to go home after a few months, so I did the London Centre study abroad so I didn’t have to,” Palmer said. “It ended up being really good because I got to continue my research, and I got to use resources that were only available in London, like at the British Library.”

Palmer had the opportunity to interact with Cambridge students and faculty and with people from all over the world who were also in the program. She was considered a Cambridge student and was responsible for her own studies. She said she had a lot of freedom at Cambridge.

The London Centre, which she attended immediately after completing the Cambridge program, was structured differently.

“In London, you had the 40 (BYU students) you were living with, and you did everything together,” Palmer said. “It was much more structured.”

Palmer said she enjoyed both programs and misses both of them. She said she feels at home in England.

“I just feel like I connect with the people better in England. It’s my humor, and I like the British culture a lot,” Palmer said. “I understand it. I prefer their politics to our politics. I pretty much like almost everything better there.”

Palmer’s study abroad ventures don’t end there — she’s going on a study abroad to Petra, Jordan Spring 2017. She’ll be participating in an archaeological dig while living in a Bedouin village.

Palmer said one of the biggest reasons she chose BYU was because of the opportunities to go abroad.

Palmer said scholarship funding at BYU has given her the chance to go abroad, and she thinks every student should go abroad at least once.

“There is nothing that can compare to the cultural experience of being able to learn about a painting and then go see it, or actually walk in the same footsteps as a great writer,” Palmer said. “It solidifies in your mind. It becomes part of who you are rather than just another thing you learned in the classroom.”

Peterson, a political science senior, is another student who has been abroad more than once. But she said she didn’t plan on doing multiple study abroad programs.

Peterson said she wanted to go to Jerusalem since the beginning of her college career, but her parents were worried about her going to the Middle East, so she chose to apply to the Spain study abroad instead. Her parents later warmed up to the idea of Peterson going to Jerusalem and encouraged her to apply.

“Once I turned in my application to Jerusalem, I still didn’t know if I was going to Spain,” Peterson said.

Peterson was accepted to the Spain study abroad and chose to go. She received news she had also been accepted to the Jerusalem program while in Spain and felt she should go. She came home from Spain and worked during summer term and then was off to Jerusalem for Fall 2016.

Peterson said the two programs were very different, but she enjoyed both. Spain was a language-immersive program, and Peterson felt she learned the most outside of the classroom. Peterson spent her time abroad studying Spanish and traveling around Spain and neighboring countries on the weekends. Peterson, along with 27 other BYU students, was hosted in a little college town outside Madrid.

“I loved (the locals’) patience with me,” Peterson said. “I was struggling a lot with the language, but so many of them were willing to help me learn.”

Peterson said she got to know the area better in Jerusalem since she was there for a longer period of time and based in only one city.

“I could go to the old city or West Jerusalem and know my way around,” Peterson said. “It really became home.”

Peterson said she enjoyed the spiritual aspects of her studies in Jerusalem, as well as learning about the rich history of the area.

“There are so many things you can’t learn from a textbook, the internet or in a classroom, such as the Israel-Palestine conflict,” Peterson said. “Going there and getting to know the people makes it a completely different conflict.”

Comparative arts and letters professor Mark Johnson has done over 20 study abroad programs over the years, starting in 1989. He has taken more than 500 students to various places in Europe.

“As an art historian, I know how important it is for students who want to study art and architecture to see the actual works of art and experience actual architecture,” Johnson said. “Sitting in a classroom looking at pictures of pictures and buildings can never come close to the real thing.”

Johnson said he tries to re-create the experiences he had studying abroad as a graduate student for his own students today.

“My biggest reward as a teacher is to see the faces of students as they emerge from a subway stop to find the Colosseum filling their view, or walk into a church or museum and see a favorite painting or sculpture,” Johnson said. “There is a lot of excitement and joy in seeing great art and architecture, and those faces simply light up. That is what keeps taking me back.”

Johnson said students should take the opportunity to go abroad more than once.

“It’s a big world out there, full of interesting things and people and great experiences,” Johnson said.

‘A Giant of a Man’: Remembering John Hughes