Move over R2-D2, there’s a new droid in town. The BYU Mars Rover team is developing a new rover that can not only traverse the harsh terrain of Mars, but also navigate itself.

The team has developed a new rover for the University Rover Challenge that is put on every year by The Mars Society. BYU has participated in the competition since its creation back in 2007 and has been updating its model every year since then.

This year’s model will be able to navigate on its own due to new sensors that have been installed, and is more like the Star Wars droid R2-D2 than the actual Mars Rover, according to BYU physics professor David Allred. He said this is because the actual Mars Rover has to be controlled at all times, while R2-D2 is able to make decisions and move on his own without a third party intervening.

The original 2007 team started off with about eight student volunteers and has now grown to over 20 participating students this year.

Over 100 teams from around the world apply, and only about 30 of those teams make it to the actual event, which will take place in Hanksville, Utah in June. Hanksville was chosen to host the competition due to its similar terrain and look to Mars.

Allred said the competition is considered the “hardest robotics competition in the world.” He said this is due to the complexity of the work that is involved, as well as many teams being lead by graduate students. One such graduate student team is from Bialystok University of Technology in Poland, and has been the reigning champion for the past few years.

With such fierce opponents, BYU has been unable to grab first place in the competition. The team usually ranks around fourth, but a technical malfunction last year caused them to drop to 11th place.

This year, the BYU team members are hoping to change their ranking to first place. Robotics professor and team coach Mark Killpack said he thinks their time has come.

“We have great, great students who do a really good job, and that puts us in the top tier,” Killpack said. “This year, we’re going to win.”

Peter Schleede, mechanical engineering senior and team lead over navigation, said the project has pushed him into new avenues he hadn’t thought of before.

“I’ve really enjoyed the amount I’ve learned, and I’m going on to grad school and going to do robotics because of this,” Schleede said.

The team will be testing and retesting the rover and its components to make sure it is up to par by the competition’s start.

The competition will take place on June 1-3 in Hanksville, Utah. The top prize includes a cash reward, a trip to the annual International Mars Society Convention and “a year’s worth of bragging rights,” according to the University Rover Challenge website. 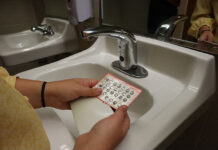