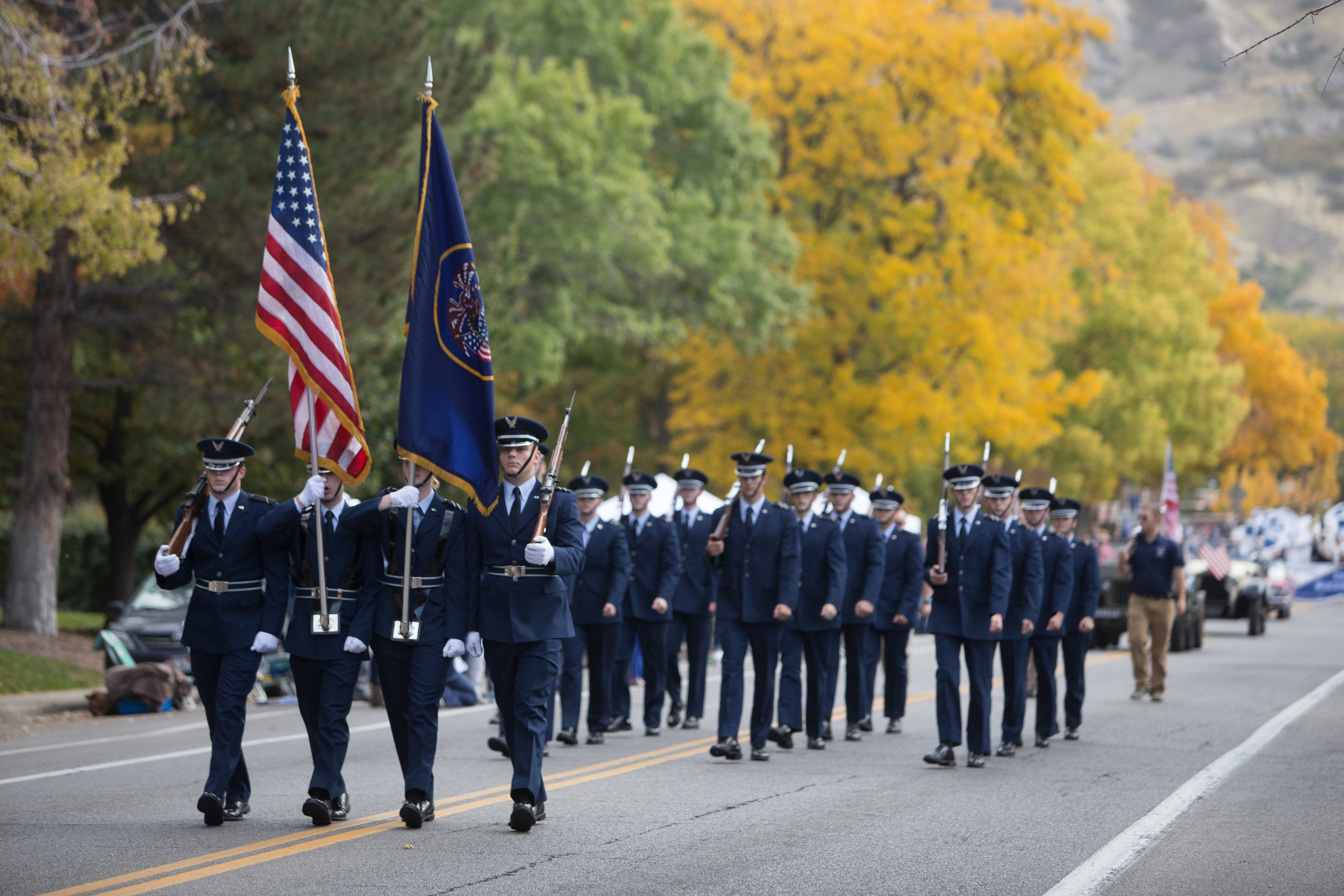 The Department of Defense has not confirmed the move, but they do not dispute the comments of the BYU Air Force ROTC commander, Col. Timothy Hogan. No official decisions have been made regarding the move of either the Air Force or Army ROTC.

A Defense Department official said these conversations are expected to be happening in the weeks ahead.

The Air Force currently has a contract with BYU to be the host university for Detachment 855 of the Air Force Reserve Officer Training Corps. The detachment had an arrangement with UVU to allow its students to participate in the Air Force ROTC classes and physical training at BYU — but those roles are soon to switch.

BYU’s Honor Code appears to be the focal point of a disconnect between BYU and the Department of Defense.

The Office of the Secretary of Defense requires all Air Force officers to sign an oath to defend the constitution — the only obligation for officers in terms of signatory requirements. BYU, however, requires that all faculty, staff and employees sign and abide by its Honor Code, which requires abstinence from tobacco, alcohol and coffee, among other things.

“I told the (university) president in an interview that I would happily abide by the Honor Code on campus, in uniform and on duty, but if I wanted to have a cup of coffee at my house they said, ‘No, that’s not acceptable,’” BYU Air Force ROTC commander Col. Timothy Hogan said.

BYU has one-year limited private exclusions for certain visiting professors. Hogan’s position, however, is a three-year assignment, and the university did not accept his waiver, according to Hogan.

“(BYU) didn’t recognize me as a professor,” Hogan said. “They wouldn’t allow me to instruct, and that’s one of the requirements for me as the commander.”

BYU students will still participate in ROTC, but they will have to go to UVU to receive instruction. There are 150 cadets enrolled in the Air Force ROTC program. Only 29 are UVU students. The remaining 121 are BYU students.

“Some universities have cross-town arrangements like this that have an hour drive, so this is a small impact for two institutions that can’t agree on employment,” Hogan said.

UVU sophomore cadet Jared Edwards said he has been commuting between UVU and BYU since joining the Air Force ROTC. He said the commute isn’t always easy, especially in snowy conditions.

Edwards said the move to the UVU campus would give UVU students more opportunities to join the Air Force ROTC. He also said he anticipates the move would have little impact on BYU cadets.

The Air Force ROTC will move to the army house on the UVU campus. The plan to move to UVU has been under consideration for some time.

“A lot of this had been decided before I even showed up, knowing that there might have been a conflict of interest here,” Hogan said. “So my predecessor, as well as the Holm Center — which is the ROTC headquarters — came out and discussed with UVU their capability and willingness to host the detachment, and they are all on board.”

Hogan said he hopes for a seamless transition and does not want the change to affect his cadets. The Air Force ROTC will maintain a presence at BYU by participating in BYU football games, color guard and honor guard, as long as they are still invited.

Department of Defense spokesman Lt. Col. Myles B. Caggins III said there is a developing plan for continued delivery of ROTC programs for students in the Provo area.

“We will continue to involve the leadership of the local universities as these plans are more fully developed,” Caggins said. “We appreciate the leadership of BYU in advancing and protecting the interests of both the university and the department and look forward to continuing our relationship in the future.”

An official timeline has not been announced. However, it is anticipated the Air Force ROTC will begin the transition this summer in order to be fully operational at UVU next fall.

“Over the course of several months, the Department of Defense has engaged in a series of productive discussions with leadership from both Brigham Young University (BYU) and Utah Valley University (UVU) regarding the continued delivery of ROTC instruction for cadets at both universities,” Caggins said in an official statement released Jan 27.

“The Department is encouraged by the ongoing, collaborative discussion with the leadership of BYU and UVU as it reviews all available options in order to reach a mutually beneficial agreement.  The Department and the universities share the same mission and goal: to develop future leaders of character prepared to support their communities and our nation through self-sacrifice and service to others,” Caggins said.