Alex Hoagland was not the average 16-year-old boy. Instead of staying up late to play video games or watch television, he was writing a novel. Hoagland, now 21, has published that novel — “Flash” — for all to read.

Hoagland is a senior at BYU double majoring in economics and mathematics. He finished the novel in Midland, Texas, when he was 17, but then put it away while he served a mission in El Salvador. Alex decided to give it another look when he returned home.

“I pulled it up and started reading through it, and I was like, ‘It’s not great, but it’s not terrible either,’ so I put another year of editing and revising into it and decided to publish it,” Hoagland said.

Hoagland said he began his writing with a different fiction novel when he was 14, but his younger sister Courtney Hoagland, a junior studying mathematics, remembers him writing long before that.

“I can remember that we would use floppy discs to write ‘books’ when he was about 6,” Courtney Hoagland said in an email. “His writing back then was additional Harry Potter chapters; later it progressed to very thoughtful short stories in high school, when he wrote more actively.”

Hoagland grew up reading and said writing seemed like a natural extension to him. Maria Hoagland, Alex’s mother, full-time author, editor and formatter, saw how his reading helped him develop writing skills.

“Alex has always been a voracious reader and loved to analyze and share what he was reading, so I wasn’t that surprised that he would eventually write a book of his own,” Maria Hoagland said in an email. “I was amazed at how he was able to organize and craft his stories completely on his own.”

Hoagland didn’t do everything on his own, though. His mom and sister helped him edit the book, and when he was hesitant about publishing it for fear of being judged, his family and his best friend David Paravato gave him the motivation to put the book into the world.

“I encourage him to write because I know he loves it,” said Paravato, a senior studying actuarial science. “As his friend, I want him to do whatever makes him happy, which I know this book has.”

“I absolutely loved being able to help design a book cover for a friend, and I definitely can’t take all the credit for it,” Meredith said. “I’m so grateful that Alex gave me that opportunity, and I’m so proud of him.”

Hoagland decided not to take the traditional route of getting an agent and trying to get a big publication to publish the book.

“It’s self-published,” Hoagland said. “I just submitted the manuscript and the cover design to Amazon, and they reviewed it and said, ‘Yeah, it looks good.’ So it was way easy.”

The process only took him about three weeks, so the sudden news of the published book came as a surprise to some of his friends.

“I thought he was kidding when he said he wrote a book,” said Chloe Lindsey, a sophomore studying HR management and one of Hoagland’s friends. “Never in the three months we were hanging out every day did he say, ‘By the way, I wrote this book when I was 16.’ It wasn’t until he said he was going to publish it that he told us he wrote a book.”

Other friends were surprised to see he had written a book because of his tentative nature.

“I wouldn’t have suspected him to write anything like this,” said Jasmine Fenn, a friend and junior studying mathematics. “He is just a humble kid.”

Hoagland and Lindsey, now his self-proclaimed publicist, are working to get “Flash” into local bookstores and libraries so more people can jump into the dystopian world he created.

Hoagland plans to pursue a Ph.D. in economics and work in public policy research after he graduates in April 2017. “Flash” could lead to a series, but for now he plans to keep his writing career on the backburner.

“It’s always been something I feel like I would do more in another life if I didn’t have to provide for a family, but it’s definitely something that I want to keep as a hobby,” Hoagland said.

Prepping for an early winter 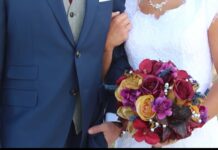