Students and visitors can view the journal of Emmaline B. Wells (General Relief Society President from 1910 to 1921), a collection of Relief Society manuals and magazines that date from 1932 to now, poems from the  organization’s early years written by some of its members, and other original documents relating to the women who were the driving force behind the society.

“Even though women wrote and were literary in the past, in the official histories we don’t see a lot about women and their contributions,” Lamb said. “It’s important for both men and women to see the work women did and put women back into the full history of the church, nation and state.”

Special Collections will also be display poems written about the organization. One 10-stanza poem was written by Emily Woodmansee in the early 1900s, and was eventually modified and set to music to become the song “As Sisters in Zion” in the LDS hymnbook. The 1927 hymnbook contained eight of Woodmansee’s poems as hymns, and her music continues to impact women today.

Several scrapbooks from the early days of Utah’s Relief Societies will also be included in the collection from various congregations, including Mendon and Santa Clara.

Some local Relief Societies in the early days of the church even referred to themselves as “Indian Relief Societies” because they focused primarily on serving and aiding local Native American tribes present at the time, according to Lamb.

Lamb helped organize and document just under 500 documents related to women’s history in the library’s Special Collections. When she originally began working in the Special Collections, she realized many of the women’s documents were misfiled under their husband’s names or various organizations, making them very difficult to find. Lamb said the Women’s Manuscript Collections now holds a great deal of organized information students can access to learn more about women’s contributions to church and Western history.

Lamb said she hopes students will have a better appreciation for the strength and courage of the early women in the Church because of the display and other documents located in Special Collections.

“Almost all of the women in the early Church were involved in Relief Society in some way, and they were such an inspiring example of dedication and courage,” Lamb said. “Everyone has a story, and these women’s stories are particularly fascinating.”

The following five LDS women were very active in their congregations and communities and in politics and education. These are just a few examples of strong women who contributed greatly to the development of the church and the areas where they lived. 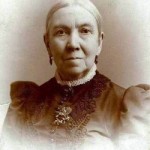 Bathsheba Smith was the fourth general Relief Society President, matron of the Salt Lake City temple for a time and an important leader in the U.S. Women’s Suffrage Movement. She was a second counselor in the Relief Society General Presidency and often urged women to make clothes for their own families. She became involved in the Women’s Suffrage Movement through the National Council of Women of the United States, which the Relief Society officially joined in 1891, and remained in association with for many years.

Ida Smoot Dusenberry served as second counselor to Bathsheba Smith in the General Relief Society Presidency. She graduated from Brigham Young Academy in 1897. She continued her education by receiving a graduate degree in kindergarten teaching at Columbia University. Dusenberry became the principal of BYU’s Kindergarten Normal Training School in 1910. She also served for several terms as the president of the Utah State Kindergarten Association. She became an assistant professor of Psychology at BYU in 1921. 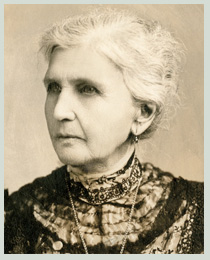 Emmaline B. Wells served as the fifth General Relief Society President, was editor of the Women’s Exponent magazine for Mormon women and was an active participant in the Women’s Suffrage Movement. Wells also served as a delegate to the 1882 Utah State Constitutional Convention and actively campaigned for women to have the right to hold office. She acted as an officer in multiple women’s suffrage groups and organizations. 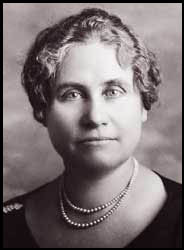 Alice Louise Reynolds was a professor at BYU, where she taught literature for 44 years. She was rated as one of the top 10 BYU professors of the 20th century according to BYU Magazine. She was also the second woman in Utah to be named a full professor. Reynolds served as an editor for the Relief Society Magazine from 1923 to 1930 and contributed to various other LDS publications throughout her life. She actively participated in the Women’s Suffrage Movement, and was an active Democrat. She served on the Democratic national party’s committee and as a delegate to the party’s national convention. 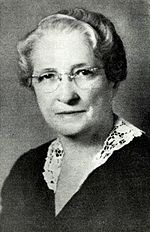 Amy Brown Lyman served as the eighth General President of the Relief Society from 1940 to 1945. Lyman was heavily involved in helping develop and guide the welfare programs of the church during her time as president. She also served a term as a member of the 14th Utah State Legislature. She pushed for statewide support of an act which provided federal funds towards maternal and infant care and helped build women’s healthcare clinics in various states during her time as a representative.