Rep. Patrice Arent, D-Millcreek, is sponsoring HB119, a bill that would require voters to mark all candidates separately on any given ballot, even if each of their chosen candidates are from the same political party. 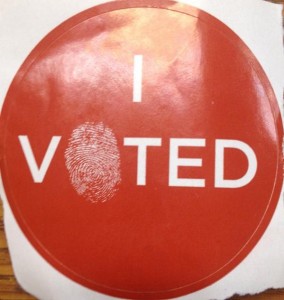 Arent said, “Voters can still go through the ballot and vote for every Republican, every Democrat or every Green Party, but they would be marking the names of each individual candidate.”

As of today, Utah voters are able to select all candidates of a particular party for each office on the ballot by casting a single vote. With few exceptions, this way of straight-ticket party voting applies to all federal, state and local elections.

Supporters of HB119 claim straight-ticket voting is the source of unnecessary confusion for voters, and say it causes important issues to get overlooked or skipped, particularly when these issues are not affiliated with a specific political party.

“What happens is people vote straight-ticket thinking they voted for everything on the ballot but they haven’t.” explained Arent. “They forget, or don’t realize, they’ve missed things like the judges, the school board, the council races, the propositions and the constitutional amendments.”

Evans said that voters who want to vote straight party because it represents their values should be able to do so.

However, Republican Rep. Jeremy Peterson of Ogden  said his motivation for co-sponsoring the bill “isn’t about party as much as it is about establishing a good political process and creating an environment for voters to make more informed decisions.”

Peterson pointed out that while a candidate may represent a particular political party, they may have viewpoints or ideas that do not reflect that party’s brand.

“Candidate-specific voting would make for a much healthier, and invigorating process,” Peterson said. “Removing straight-ticket voting would encourage voters to make better educated decision and that is what really matters.”