Unless you were left for dead by your fellow NASA astronauts and are Matt Damon starring in “The Martian,” you know that Adele released her first song in four years last week. Let’s face it: you’ve probably listened to “Hello” ten times in a row, added it to your break-up song playlist and watched the music video more than once.

But what’s even better than a new Adele song is seeing the world react to a new Adele song. So here’s a collection of the best Adele responses/tweets/covers/videos that graced the internet this week.

3.This meme illustrates perfectly the power of Adele’s music: 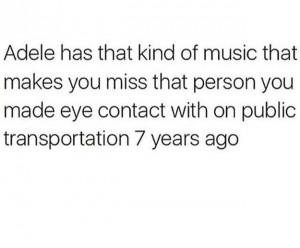 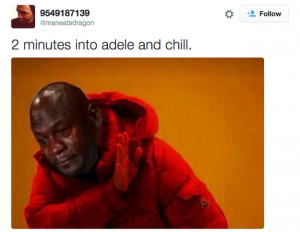 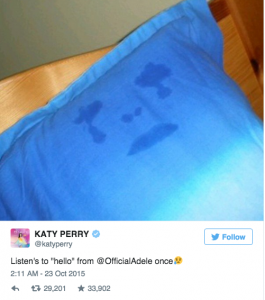