Lizzy Phipps is currently reading “Harry Potter and the Prisoner of Azkaban,” by J.K. Rowling. She said she has read through the whole Harry Potter series three times because “it is a classic.” Phipps said she reads to escape from the world around her and to avoid focusing on serious things. She owns all of the Harry Potter books, except the last book. “I just haven’t bought it yet, but I would like to,” Phipps said. She said her reading pattern is very sporadic; she either reads for eight hours a day or once every three months. “I would love to read more. It all just depends on what is going on around me,” she said.

Christopher Holdaway is currently reading “Attrition,” by S.G. Knight. “It is Lord of the Rings-esque,” he said. “Or a really cool version of Batman.” Holdaway likes to read a lot of different genres, including historical fiction, fantasy fiction and sci-fi to “keep things interesting.” He likes stories that capture his attention through the characters and story lines he can get lost in. “I’m giving up Netflix, or time with my friends, or time I could spend at the gym, so it needs to be worth it,” Holdaway said. “Wheel of Time,” “The Glass House” and “Atlas Shrugged” are some of the books that are on his summer bucket list.

Jessica Palmer is currently reading “Harry Potter and the Order of the Phoenix” and enjoys reading on her e-reader while she is on the go. Although she reads on her e-reader she loves to read physical copies of books when she is at home. Often she will go to Barnes and Noble and take pictures of the books she finds interesting. “I will go home and download them for cheaper, or I will ask people for recommendations,” Palmer said. Currently, she spends two hours a day reading, but she would prefer to spend longer. She loves fantasy books in which the authors have used their imaginations to create new worlds but have left some of the details up to the reader. “I like being able to use my imagination to go into the story,” Palmer said. “The best is when you get sucked in and you forget where you physically are.” 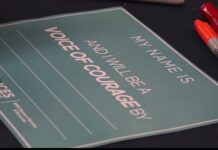 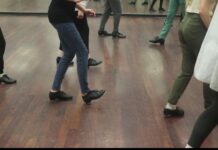