HOLLYWOOD — As a kid Brigham Taylor was a movie buff. He ate, slept and breathed film. But when he got to BYU his creativity made him something of an aimless student. At one point he left on academic probation, which he attributes to his lack of focus on any one area of study.

After a stint in community college, he returned to BYU with a newfound sense of direction. Studying humanities, he created his own emphasis — in film.

Twenty years later Taylor, the executive vice president of production for Walt Disney Studios, says that his choice to follow his dreams is one of the best decisions he’s ever made.

“Figure out what you like and what really intrigues you and pursue that,” Taylor said. “Because then, ultimately, it is less work; it’s more pursuing a passion.” 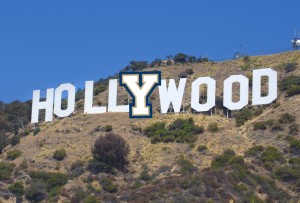 Like Taylor, many BYU grads are making big waves behind the scenes in the sink-or-swim entertainment business, an industry where catching a break isn’t just about how hard you work and who you know — sometimes it just requires taking a chance.

Making it in the entertainment industry (or any line of work, for that matter) takes a lot of determination. One thing these BYU grads agree on is that there is no one certain path that leads to success — everybody needs to find their own way.

For Taylor that meant paying his dues. After graduating from BYU in 1992, Taylor, then a newlywed, took another two years to continue learning his trade by finding work on any and every production he could — in any capacity he could.Though he now plays a creative role in big-name films like “The Pirates of the Caribbean” series, “Tron: Legacy”  and the upcoming “Oz: The Great and Powerful,” Taylor had to work his way up from the bottom.

“I found myself trying to figure out how to put myself in a place where I got meaningful experience with an industry I wanted to pursue,” Taylor said, adding that whether he was working on storyboards or in craft services (that’s the showbiz term for catering), no job was too small.

Eventually, the future studio executive decided the time was right to take the plunge. Leaving his wife and young daughter with family, he moved out to LA to try his luck in Tinseltown — and his luck was pretty good.

“After three months of nothing and getting ready to take a stopgap job of working for UPS, that’s when I got my one and only interview and it ended up being here,” Taylor said.

Taylor started at Disney as an assistant to a studio executive and has worked his way up to his current position.

Not everyone lands their first gig in Hollywood and stays with the same studio for 18 years. For Matt Davis, the executive director of post-production for Sony Pictures Animation, getting to his dream job took some time and self discovery.

“In some ways I’m doing exactly what I thought I would be doing when I was a teenager, but I didn’t really know that this job existed,” Davis said.

Admittedly, he was never much of an artist, but he always knew he wanted to make animated movies. Especially storytelling.

“Animation has always been the medium I loved the most,” Davis said. “I had this ambition of wanting to make animated films, but not the art of it, so I went to BYU as a film major.”

Davis now oversees development of all of Sony Pictures’ animated films. (You know, “Cloudy With a Chance of Meatballs” and “Hotel Transylvania”? That was him.)

Though he’s not the one sketching characters or writing the scripts, Davis’ role is an essential one.

“I’ve learned that my job is to be able to say ‘yes,’” Davis said. “We want to make the best movies, and I’m here to find a way to make that happen. I am not here to dictate to people. I am here to enable them to accomplish great things.”
“The company that was new was DreamWorks, and that was the place I wanted to target,” Davis said. “They had a little bit of a ‘We’re doing new stuff in the industry feel,’ and I said, ‘That’s where I want to go,’ but I was never getting any calls from them.” So Davis took to cold calling and, after a few months that felt like millenia, got a job as a production assistant. “While I was at DreamWorks I benefited from being moved around a lot,” Davis said. (Initially he thought he was being moved around because his managers weren’t happy with him, but he later found out they loved his work so much they wanted him to help out in several departments.)Before he ever got his hands on family-style blockbusters Davis had to find a job; he had to to get someone to say “yes” to him. In 1997, when he graduated from BYU with a degree in film, he was faced with a unique dilemma — getting a job in animation without being able to draw.

“I kept moving from place to place until I discovered animation editing, and that sort of changed things,” Davis said. “At DreamWorks, editorial is where the movies are made.”

Now the head of his own creative team, Davis recalls that the hardest part was taking that first step to get his foot in the door.

“People say it’s not what you know but who you know in Hollywood; that might help for the very first job you get, but everyone is going to start off at the bottom,” Davis said.

Entertainment attorney Kelly Crabb has represented some very big names (Michael Jordan, Jessica Alba and Ewan McGregor, just to name a few). But he recalls that his journey to the entertainment business wasn’t as conventional as most. In fact, Crabb didn’t get involved in the industry until well after his career as a lawyer had begun. In many ways, Crabb fell into the business.

Like many music-loving teens in the ’60s, Crabb had his own band and had big dreams of being a professional songwriter.

Crabb, a Spanish Fork native, came to BYU in the late ’60s right in the midst of the Vietnam War. While at BYU, he was called to serve in the Northern Far East Mission, where he learned Japanese.

“When I read ‘Northern Far East Mission,’ I thought I was going to Maine,” Crabb said. “That’s how cultured I was.”

Crabb returned to BYU after his mission to finish his B.A. in Asian studies and international relations. He later received a master’s degree in public administration. Throughout his studies, he never gave up on his music. In fact, he met his wife while forming the Provo-based singing band Just Us.

After graduation, Crabb spent a few years helping the LDS Church redesign the missionary discussions, taking some of the first steps in what would eventually become “Preach My Gospel.” One day Crabb, who was then in his thirties, got an interesting call that resulted in an opportunity for him to attend Columbia Law School and emphasize in Japanese legal studies. 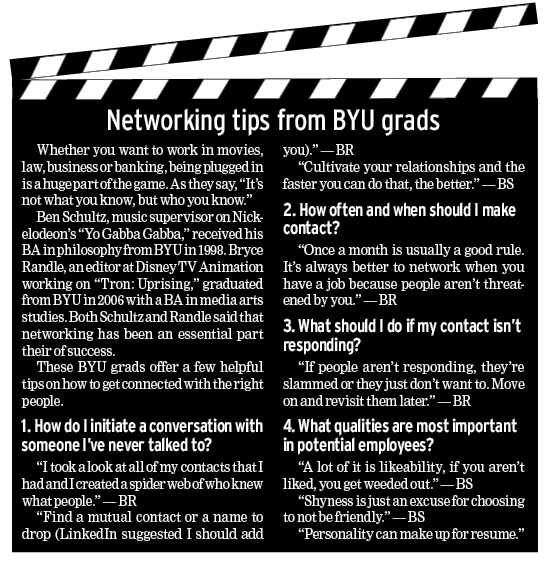 “I wanted to be a songwriter, but I wasn’t getting any traction,” Crabb said. “My job was great but it wasn’t a career, and this law school thing sounded great. So I went to law school and put down the guitar.”

One day Isaac Shapiro, a big-time international attorney who worked almost exclusively in Japanese transactions, called Crabb to his office and told him he had an assignment for him. Crabb’s firm would be helping to organize Paul McCartney’s 1989 world tour. Crabb was surprised and elated.

So Crabb, his wife and three kids moved to New York. A few years later, he completed his law degree and got a job working for Shapiro.

“When I got a chance to become engaged in the entertainment industry, I took it,” Crabb said “When you pick up the phone and say, ‘Hello, my name is Kelly Crabb and I represent Paul McCartney,’ people think you are the smartest guy in the world.”

Now nearly a quarter of a century has passed, and Crabb works exclusively in entertainment. Though he’s not the one on stage, his song is still an inspirational one.

From movie producer, to teacher, to astronaut, there’s no substitute for hard work and passion.

“Go to your strength,” Crabb said. “Go to that place you feel connected to and feel passionate about. I never lost my passion for music. If you’re passionate about it, something will happen.”