The movie industry’s holiday season has been dominated by Harry Potter for many of the last 1o years, but this season, a new saga and a returning one, will pull in the crowds.

Two of the most anticipated films this year are ones that have captivated movie and literary audiences for decades — “The Hobbit” and the newest James Bond film, “Skyfall.”

“Part of it is just timing, since it’s the 50 year anniversary of James Bond,” Cody Clark, the Daily Herald’s film and features writer, said. “It’s the kind of thing that sells itself.”

Some film critics say “Skyfall” will be the best Bond film ever, rivaled only by the first Daniel Craig/Bond flick, “Casino Royale.” This could prove true, financially speaking, as the film’s foreign release grossed over $96.6 million opening weekend, according to Box Office Mojo. 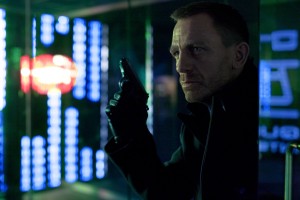 Clark says one factor playing into the film’s hype is the franchise’s choice of director, Sam Mendes, famous for the 2000 winner of five Academy Awards “American Beauty.” Mendes’ style has put a new and fresh spin to the Bond films. Clark also said actor Daniel Craig has energized 007 like no one else since Sean Connery and made him a more hard-nosed, edgy and dangerous character.

Anthony Calderon, a computer science major from Los Angeles, Calif., agreed with Clark, saying that Craig does a better job than previous Bonds of portraying a more realistic character.

“I think Daniel Craig does a really good job of making it believable, not only as a superhero-type person, but also as a character, more like a real person,” Calderon said.

“I’m actually a really big fan of the franchise. I’ve read the books. I was really impressed with the ‘Lord of the Rings’ movies, so I think I’ll be thoroughly entertained,” Calderon said.

Calderon said he’s excited that director Peter Jackson made the book into three films, as they will be able to show all of the details of the Hobbit’s adventure.

“I have faith in Peter Jackson — I think he’s the man for the job,” Calderon said.

However, some fans are a little nervous about the relatively small Tolkien book being produced into three movies.

“It’s not a very long book, so I don’t know how they’re going to split it into three movies,” Jeffrey Kowallis, a sophomore from Provo and dedicated Tolkien fan, said. “I’m worried they might add some stuff that’s not there to fill the time.”

Kowallis and everyone else will have to wait in wonder for a whole month longer to see how much speculation Jackson put into the films when the first episode of the unexpected journey hits theaters Dec. 14.