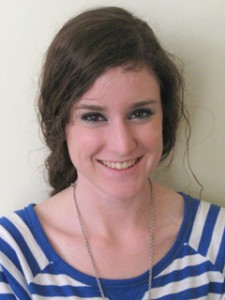 As a senior in high school, I had four AP classes, was the sports editor of my school newspaper, co-captain of the tennis team, a member of the National Honor Society and tutored every Friday afternoon. When I wasn’t drowning in schoolwork, filling out college and scholarship applications or playing tennis, I had a boyfriend whom I just knew I was going to marry.

Until one day Facebook told me I didn’t have a boyfriend anymore.

I sat there staring at the computer. Taylor Street went from being “in a relationship” to “single.”  I was confused. Sad. Out of breath. Taken aback. Frustrated. Crushed. Angry. After two years? Was that really it?

Fast forward one year and seven months. I had just finished my freshman year at BYU and was enjoying being home for the summer. I finished freshman year with good grades, great friends and — wait for it — a really cute RM boyfriend I just knew I was going to marry.

Until one day Facebook told me he was in a relationship. And it wasn’t with me.

Once again, I was confused, sad, shocked. Blah, blah, blah. I couldn’t figure out how this had happened to me again. What were the chances that not one, but two guys would break the bad news over Facebook? Was something wrong with me?

After several angry workouts and sob fests to Jack Johnson music, I realized that no, nothing was wrong with me. (Well, maybe it was. But that’s a different story.) And I realized two things: one, I had an affinity for jerks; and two, social media is not only destroying our ability to communicate like adults, but it is also making us more prideful and arrogant.

How many of us will “like” someone’s picture on Instagram but not say hi to that person on campus or at the grocery store? How many of us post on our friend’s wall just so everyone can see us talking — heaven forbid we text them and only the two of us know!

Just this past conference, President Uchtdorf spoke on the dangers social media can pose and about Christ’s compassion for those he interacted with.

“When (Christ) interacted with those around Him, they felt important and loved. He knew the infinite value of the people He met,” Uchtdorf said.

I’m pretty sure neither breaking up with someone over Facebook nor only interacting with people over Twitter will make them feel worthwhile and loved. Do we see the “infinite value” of those around us, or do we measure them in terms of how many Tweets they’ve made? The number of pictures they’re tagged in on Facebook? The number of followers they have on Instagram?

I completely understand that social media allows us to connect with friends and family all over the world, but what I don’t get is why I have to have about 715,253 friends on Facebook to be considered cool.

Let’s forget communicating like adults, take a few steps back and communicate like we did when we were kids — when we didn’t have to wonder if our friends really cared about us, because they actually said hi to us on the street and visited us at home. When we could have honest, face-to-face conversations with people instead of hiding behind a computer screen. When we didn’t break up with people over Facebook and all we knew about “tweeting” was that it always woke us up for Saturday morning cartoons. When we were sincere, honest, caring and vulnerable.

I miss those days.