Although BYU does not have an official “ring-by-spring or your money back” policy, many students feel the pressure to marry is prevalent on campus.

“I think it’s a mob mentality. You see everyone getting married, and you go with the flow. That’s where the pressure comes from,” said Kari Christensen, 25, a BYU graduate who is now working on campus as a production designer at the Center of Instructional Design.

Aileen Batista, 21, a junior from the Dominican Republic, majoring in European studies, believes that marriage is an important part of The Church of Jesus Christ of Latter-day Saints’ doctrine but she said she feels some students focus on it too much.

“Marriage is great, but some people go overboard. They stop addressing other important aspects of their life until they find a spouse. I believe the Lord will provide us with a spouse as we pursue our goals,” Batista said.

Besides the peer pressure, other factors contribute to BYU students’ feelings about the need to get married.

Thomas Holman, professor of marriage, family and human development at BYU, has been involved in campus studies related to student attitudes regarding marriage.

Holman said BYU has a culture of marriage that doesn’t exist in other places. This difference stems from students’ views that marriage opportunities are “now or never” at BYU he said.

“There is a statistically significant difference telling us that students from Utah marry later, on average, than students coming in from other places,” he said.

Holman said he interprets the data to mean that students from Utah have had more exposure, and are more accustomed to LDS peer social opportunities and dating. These students are also more likely to stay in Utah after graduation.

Conversely, students from areas outside of Utah may feel that their BYU experience is the only chance to find a mate, and opportunities to marry could be very limited after leaving BYU, Holman said.

“Some students think, ‘if I have to go back to Podunk, Kentucky, I’ll never get married,'” Holman said.

In addition to the pressure to marry, many students debate about the ideal age to marry.

“Age 25 seems to be the breaking point. Many BYU students start getting nervous, if they’re not married by the time they’re 25,” he said.

Ashley Anderson, 23, a senior from Salt Lake, majoring in design, is not married. She said she is happy to be single for now.

“I feel no pressure to get married, although I think some people do in Mormon culture. Some people wonder what’s wrong with you if you’re not married. I am happy with my single lifestyle right now,” Anderson said.

Holman encourages students who are involved in a serious relationship to take the RELATE questionnaire. RELATE is designed to identify couples’ strengths and weaknesses, whether they are seriously dating, engaged, or married.

Couples may then choose to have the questionnaire interpreted by a professional, if they desire. RELATE is available at the Testing Center for $4 each ($8 per couple). 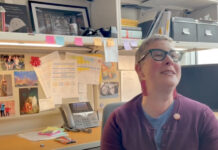 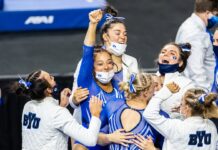