Music streaming is giving the power back to the consumer

With access to over 30 million songs per day on his smartphone, Alan Salazar is one of 210 million people who currently stream music. His aspirations as a choreographer and dance entrepreneur create a constant need for new sound to inspire original movement and texture within his work. For Salazar, today’s digital streaming capabilities are nothing less than ideal.

Salazar simply participates in what is now the norm of music consumption. As with every new business model, streaming began as a means to an end—curbing music piracy and illegal downloading, but streaming has exceeded every expectation, good and bad, making it a model that sources say is here to stay.

''I have access to everything that’s in style right now and can instantly find out what's up and coming in the industry.'' —Chase Baker

Currently the number one streaming site in the world, Spotify has over 60 million daily active users. Company founder and CEO, Daniel Ek, explains the platform to be a social entertainment system for the soundtrack of life to be decided by the consumer. With growing popularity, over 20 percent of Spotify users are paying subscribers—forking out a $9.99 monthly fee for endless discovery and streaming capabilities. “It’s a consumer’s dream,” says Chase Baker who works as a music engineer for Warner/Chappell and plays guitar in local band The Str!ke. Baker uses Spotify for personal and work inspiration, “I have access to everything that’s in style right now and can instantly find out what’s up and coming in the industry. Spotify is a huge asset to my job and my lifestyle.”

While streaming sites have consumers hooked, product creators like artists and producers are still skeptical of streaming payouts. The Spotify website states that a Spotify Premium user (one that pays $9.99 per month) delivers more than two times the amount of revenue to the industry per year than the average consumer does. The company claims to distribute 70 percent of all the revenues they receive back to rights holders: labels, publishers, distributors and some independent artists. For people concerned with the actual pennies, the average per stream payout to rights holders are between $0.006 and $0.0084; an incredibly small number to be splitting between everyone involved in music production. Some artists and labels have chosen to capitalize on this statement, Taylor Swift pulling her product from the site being a popular example.

Spotify did put these numbers into a more understandable chart showing actual royalty rates paid out by the company for the month of July 2013.

The current royalty payments for the number one album on Spotify are upwards of $400k, that number could be why other artists didn’t follow Swift’s bold move against the company and why streaming is nowhere near a decline. Credit Suisse research projects paid streaming customers to grow to 148 million by 2025. The company expects the rapid shift, created by streaming, to drive a period of structural growth in the industry and refocus investors on the value of owning content—returning industry revenue growth dramatically by 2020.

How the ‘Stream’ became a Flood

Music consumption’s strong link to technology creates a mirror effect with almost every technological advance. Vinyl records and cassette tapes echoed the landline telephone and fax machines, compact discs amplified new stereo capabilities in vehicles and in the home, and then Apple’s iPod brought digital downloads to the forefront.

Music engineer and June Audio recording studio owner, Scott Wiley says, “Since Apple’s release of the iPod revenue has never really caught back up. Piracy took over and the models have been trying not to drown ever since.” Sometime near the birth of the iPod, the Internet gave way to all avenues of piracy. Until 2011 America really had nothing to stop illegal downloads. “Spotify and streaming sites are something we need to be grateful for,” says Wiley. “It has opened up discovery capabilities for artists and it has stopped consumers from turning to illegal downloads.”

Another reason for streaming’s almost instant celebrity status is that music has become a necessity. Eric Robertson, owner of Pleasant Pictures Music and a Utah sound engineer says, “Music isn’t going anywhere. It is always in demand and will always be in demand. People will always figure out how to get it, it’s better for everyone if consumers are at least paying a little.” Robertson thinks the social networking involved in Spotify and other streaming sites is a great way to keep people involved in one platform and helps “drive competition within the product.” He says people can really gage what’s going on in the industry with a system like Spotify’s and thinks it’s truly beneficial to the industry as a whole.

The social ties of streaming on Spotify are nothing to pass over. The company has not been able to pay over $2 billion in royalties because of artists alone. The growth of social media has created a cyber network of the human race. Celebrities are extremely involved in this web of interaction and therefore gain even more popularity through small interactions with ordinary consumers. Spotify has a following function, allowing fans to follow tastemakers and artists to gain access to what they are listening to. This creates yet another outlet for discovery and has become a very real model of, as pop-culture coined it, cool hunting.

Streaming Benefits for Up and Coming Artists

Local artist Joshua James has a current following of 12,878 on Spotify. “I’m an artist, but I’m also a consumer,” says James. “I stream music and love the accessibility it gives me for inspiration and the reachability it provides for people to share and hear my music.” James keeps his work on Spotify, “not for the money,” but for the interaction it provides. As an independent artist he finds streaming to be a big help, “More music is getting to more people,” says James. “I’ve seen local bands grown immensely in their following just because of Spotify, it’s an exciting way to communicate and I like it.”

It seems that more artists are on the side of James then are with Swift, at least in Utah. Any artist can add their product to Spotify, if it is licensed and approved, making the noisy local music scene far from quiet on streaming platforms. Local brass-rock band The Str!ke is quickly gaining popularity on streaming sites. “Never before has there been so many options for entertainment,” says Chris Crabb, The Strike’s front-man. He says there’s higher competition now then ever before and that makes both the physical and digital scene “exciting and a challenge.” The Strike has never produced a full album. They’ve taken on what Crabb refers to as singles people, those who respond to instant gratification and always want more—sound familiar? The band releases a single every month or so, coupled with a YouTube video to reach as wide of an audience as possible. “It keeps us on our toes and really shows the reachability within the streaming industry.”

Crabb and James are two very different examples of successful artists within the local music scene who attribute much of their following to streaming sites like Spotify. Other local artists who’ve found success in streaming are Imagine Dragons (2,090,422 Spotify followers), Neon Trees, Mindy Gledhill, Desert Noises and many more. Dave Devanely, a California native and now Audio West studio and music venue owner in Utah feels that social networking is beginning to mirror the Utah culture. “People here (Utah) rally around each other and support good products, and good competition,” says Devanely. “Interestingly social media is starting to portray that as well.” He says that with people having full access to product through streaming it builds “more healthy competition and definitely more support than ever before possible,” says Devanely.

Interview with local Utah band Westward The Tide on Spotify 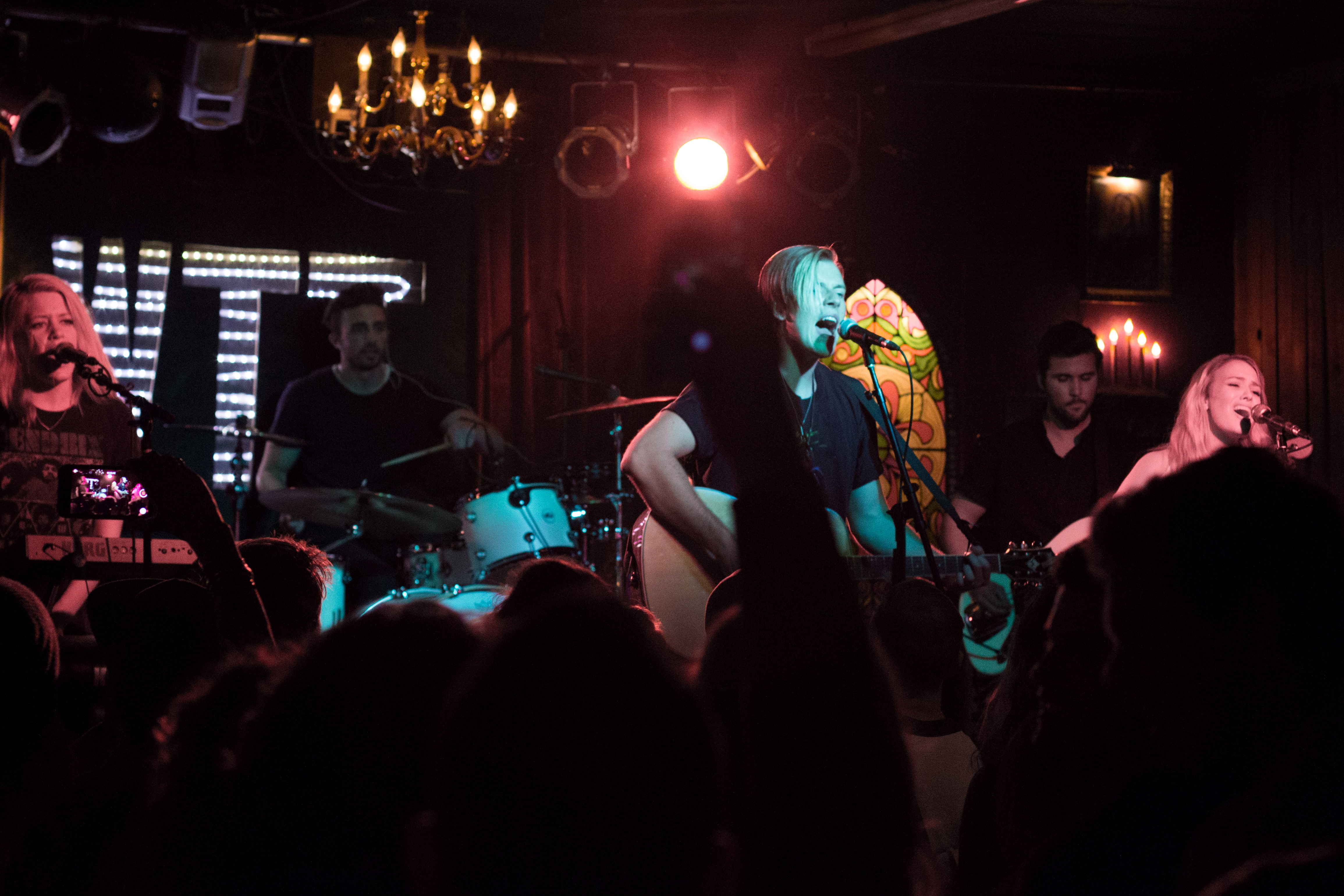 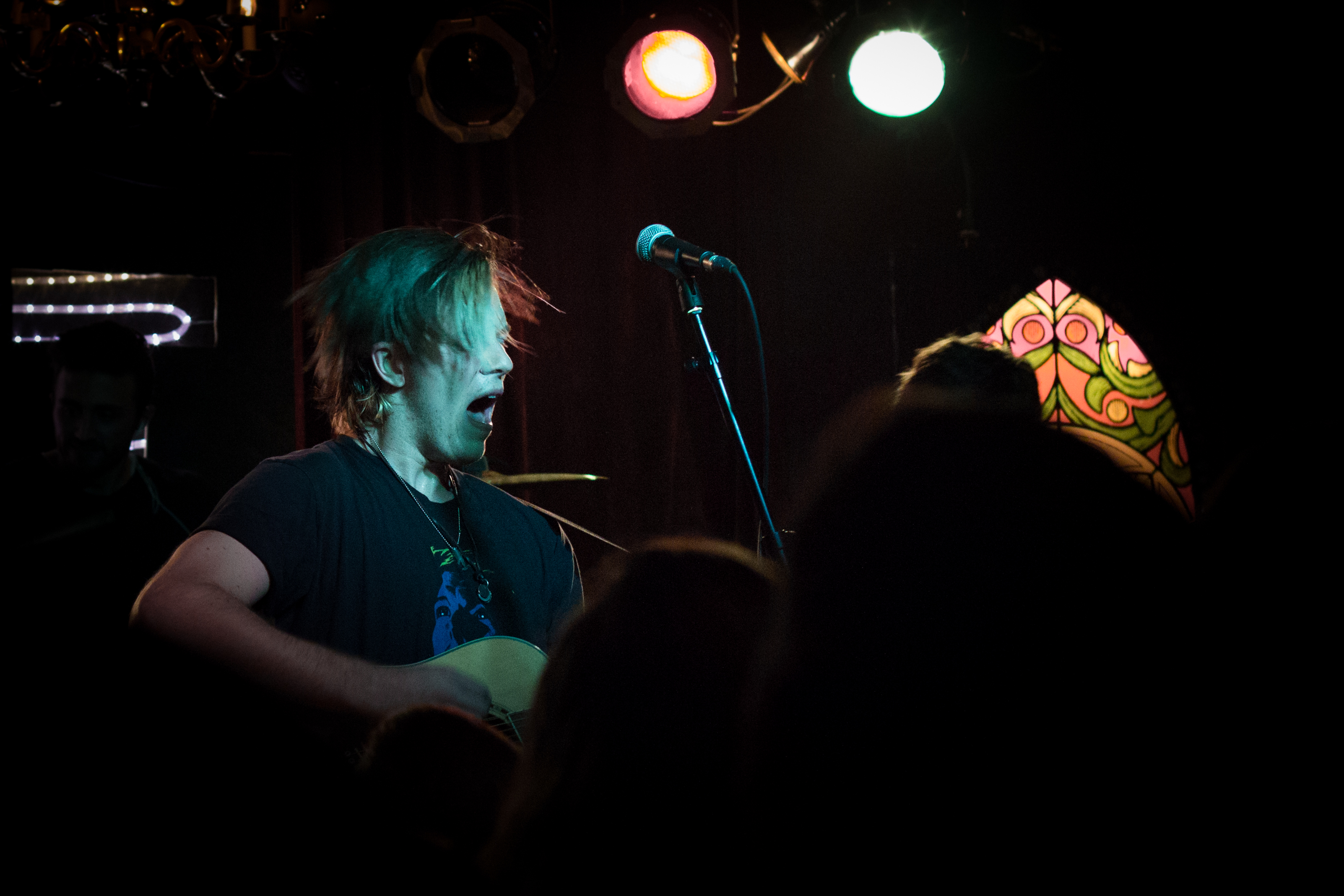 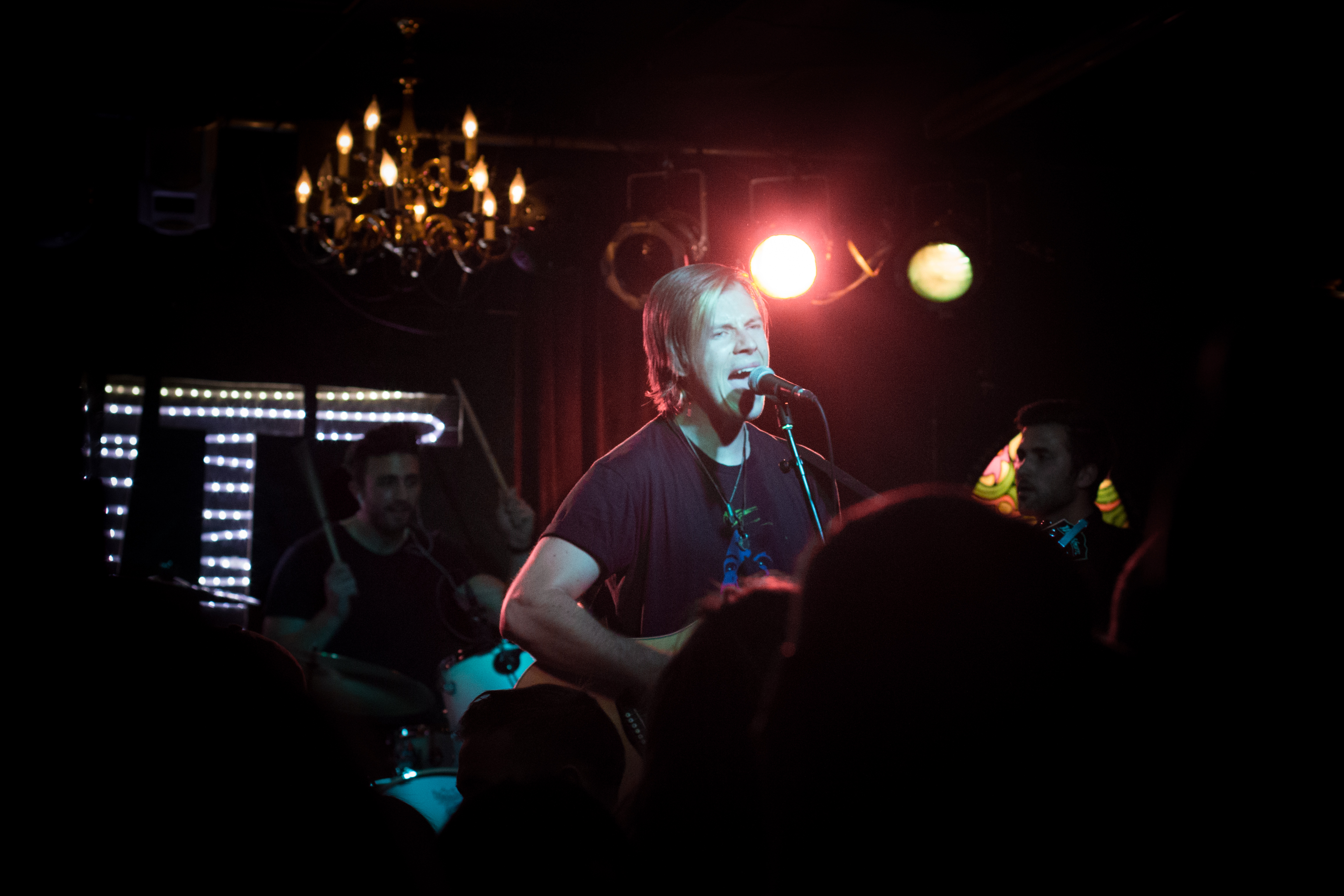 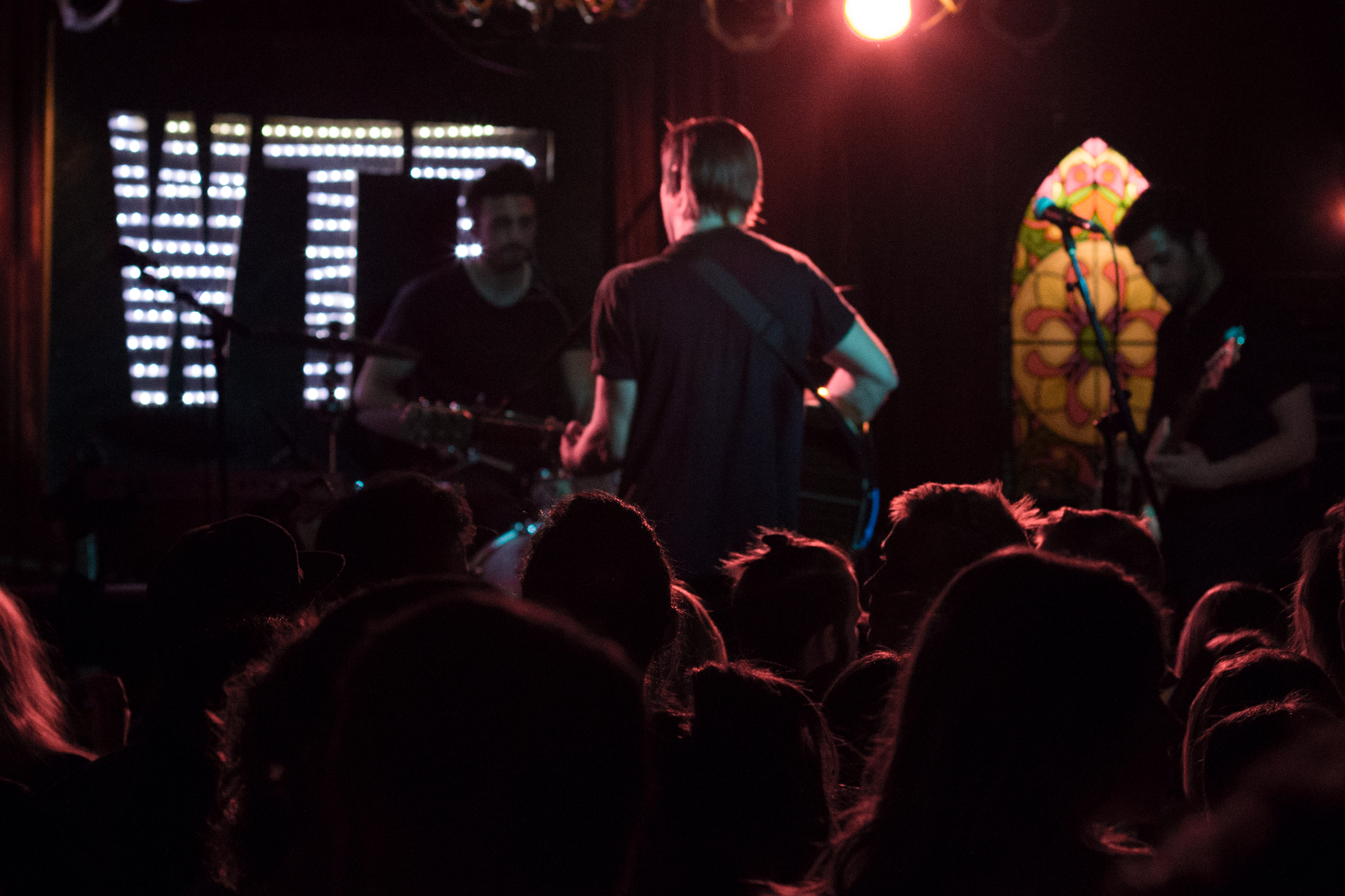 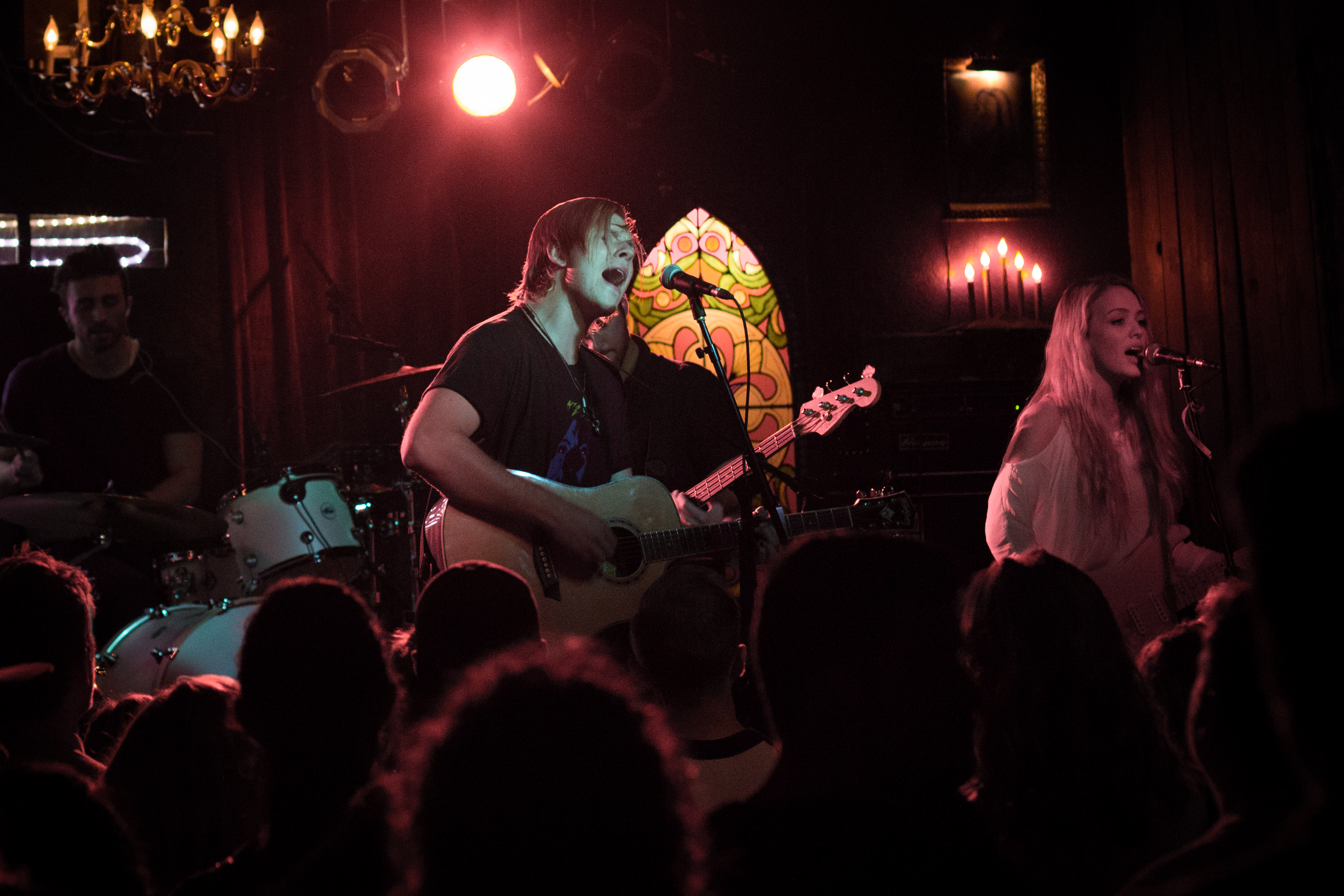 Westward The Tide performing live at Velour in Provo, UT

Streaming seems to be on track to greater algorithms and ways to truly pay contributors for all they are giving to the world. For now, Spotify and other streaming sites are doing a pretty good job reinventing the music scene and allowing it to take full advantage of the advancements in technology. Wishing to remain anonymous, a Grammy-winning artist’s management company says, “Everyone, especially artists, has to be at the table when the framework for copyright protection and artist/songwriter remuneration is laid out. But perfect or imperfect, streaming is a great thing for music. People are exposed to and have immediate access to more music than ever before which means that the top charts are meeting a higher standard and music overall is getting better.”

The potential for streaming is still being discovered. Like all things new, it is terrifying and exciting for both creators and consumers. Small independent artists are being heard on a scale larger than ever before and the industry has only scraped the service of possibilities within this widespread outlet of sound. Consumers have been given the voice in what or who makes it to the top and so far they’ve done a pretty great job at determining the soundtrack of our lives.

Writer’s note: While this article is focused on Spotify’s streaming capabilities there is a wide variety of streaming sites currently available. You can explore some of these sites by clicking on the appropriate links: Beats Music, TIDAL, Rhapsody, YouTube, Pandora, Google Play.

Samantha Williams is a graduating journalism student at Brigham Young University. She is from Draper, Utah and is an arts and entertainment enthusiast. When she is not writing or shooting photography, she is probably performing or teaching dance somewhere in the United States.

Engineering a way to conserve the culture of Peru's Uros Islands