Hollywood is falling, and independent film hopes to take its place

Daniel Avery grew up surrounded by stories. His mother heavily encouraged him to read and write, and he soon fell in love with being a storyteller. Avery moved from creating movies in his backyard to attending a film and television production program at a local community college to taking contracted film jobs in Provo.

Avery’s thirst for filmmaking led him to apply for a position at a film studio in Utah, but he quickly realized that working for a larger company wasn’t for him.

“The things about filmmaking I wanted to learn were what they (the studio employees) were going to teach themselves,” the 24-year-old BYU business major said. “I realized that I didn’t need them. Since I know both film and business, I’m going to do things on my own.”

''I see myself not as just the film guy or the business guy, but as the guy who knows both.'' --Daniel Avery

Avery is one of many people taking advantage of a culture that lends itself to independent filmmaking. Box office revenue was down in 2014, and studios blame the decline on several factors, including the increase of streaming services and big-budget television shows and a general lack of interest in the movies being released. Studios need to make money and so continue to rely on the same types of movies, such as book and comic book adaptations, but audiences are attending the theater less and less.

Hollywood refuses to stray from the winning formula, which may mean that soon independent filmmakers will gain recognition for their ability to fill the entertainment gap with low-budget, unique, and insightful movies.

According to Variety, 2014 saw a 5.2% drop in box office revenue, compared to 2013, despite the release of several comic book- and young adult book-based films. The summer saw extensions of The Hunger Games, Captain America, X-Men, Transformers, and The Hobbit franchises, as well as other successful superhero films like Guardians of the Galaxy and Big Hero 6, but at the end of the year the award for highest-grossing film went to the R-rated, Oscar-winning, fantasy-free American Sniper.

The popularity of American Sniper stands contrary to previous box office data. According to film analytics site The Numbers, PG-13 movies in the last 20 years have earned over $30 million more than R-rated movies, even though twice as many R-rated movies were released in the time span.

Although big budget, CGI franchises remain popular, a decline in ticket sales and a rise in popularity of more thought-provoking, non-corporate films show a definite shift in the entertainment industry. Since people no longer need to pay movie theater prices or leave the house to find quality entertainment, the time is ripe for a serious emergence of independent film.

The wild popularity of House of Cards helped Netflix transition from a media-hosting site to a content creator in its own right. (Netflix, IMDb)

The Comfort of Your Own Home

Home entertainment has been threatening movie theater revenue since VHS tapes became popular in the 1970s, but the creation of video-streaming websites and movies on demand make a trip to the movies seem not worth it.

Even studio-produced television shows are taking a hit, since it makes more sense to wait for the shows to come to Netflix or Hulu Plus rather than purchase an expensive cable package.

“It used to be that you could go online and get only esoteric things,” Sharon Swenson, a bespectacled and scarf-wearing professor of film and new media at Brigham Young University, said, “But now it’s so easy to go online and get the media you want that most people don’t go to the theater.”

Some film producers are deciding to remove the movie theater middleman altogether, and are releasing their movies directly to the Internet. In 2014, the film studio Sony was threatened by the North Korean government in an attempt to get them to cancel the release of the satirical comedy The Interview. The James Franco/Seth Rogen film features two television stars that are recruited by the CIA to assassinate North Korean dictator during an interview on their show. After significant threats from the country, Sony cancelled the release of The Interview, leading to accusations that they were limiting creative expression by bowing to the demands of a foreign dictator.

In an attempt to protect its employees and listen to the demands of the public, Sony released The Interview simultaneously online and in a few independent movie theaters. The film could be rented or purchased through sites like Google play, and was available for streaming on Netflix by the end of January 2015. It became the company’s most lucrative online movie, earning over $40 million in the first month.

''There are probably groups of people who don't even know you can go to the theater.'' –Sharon Swenson

Netflix and other websites have moved from being solely distributers of media to producing their own content, a wise move according to Swenson.

“By producing original series, you can target a niche audience,” she said. “You save money because the audience is already there and you don’t need to spend too much on marketing. You advertise on the banner at the top of your site, and people will click on it.”

Netflix’s first attempt at original content was House of Cards, which proved to be immensely popular among audiences and critics, garnering dozens of Emmy and Golden Globe nominations, the first online-only show to do so.

The change in the distribution model means that

if studios want to continue to make money, they will need to adapt, according to Virginia Pearce, the president of the Utah Film Commission.

“Studios will have to find a way to operate in a more nimble society,” she said.

While studios struggle to alter their production model to fit the needs of modern consumers, filmmaking has become easier than ever for the layman.

“With the technology available today, anybody can make movie,” Daniel Avery said. “The difficult part isn’t getting the equipment; it’s combining the business with art.

Utah has long been a prime destination for filmmakers because of its diverse landscape and its film incentive program. 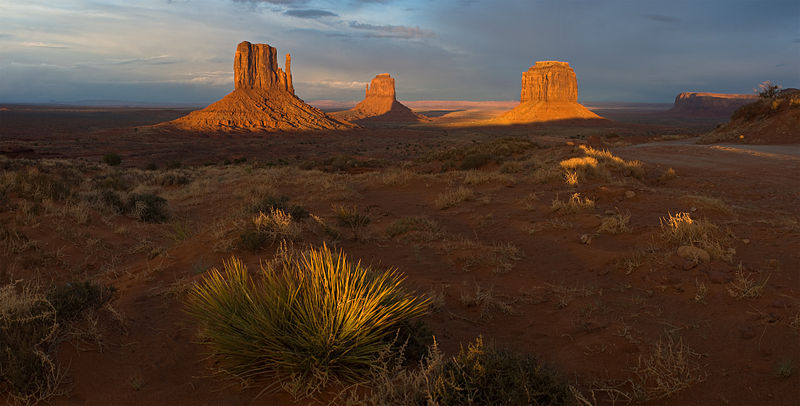 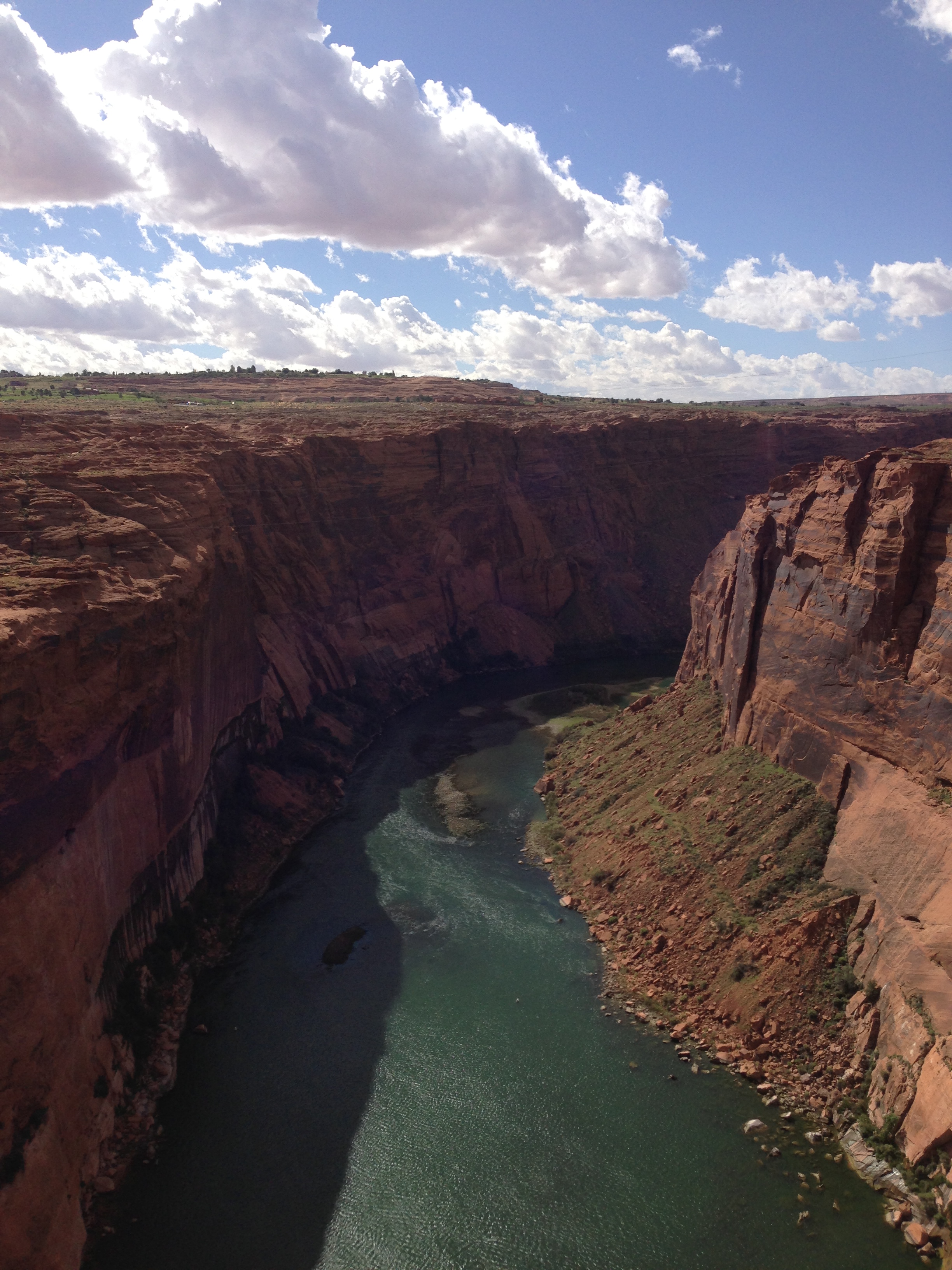 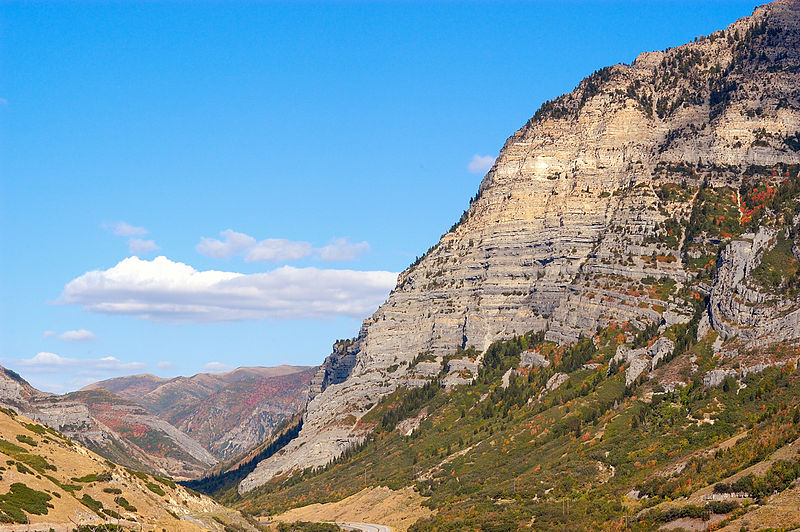 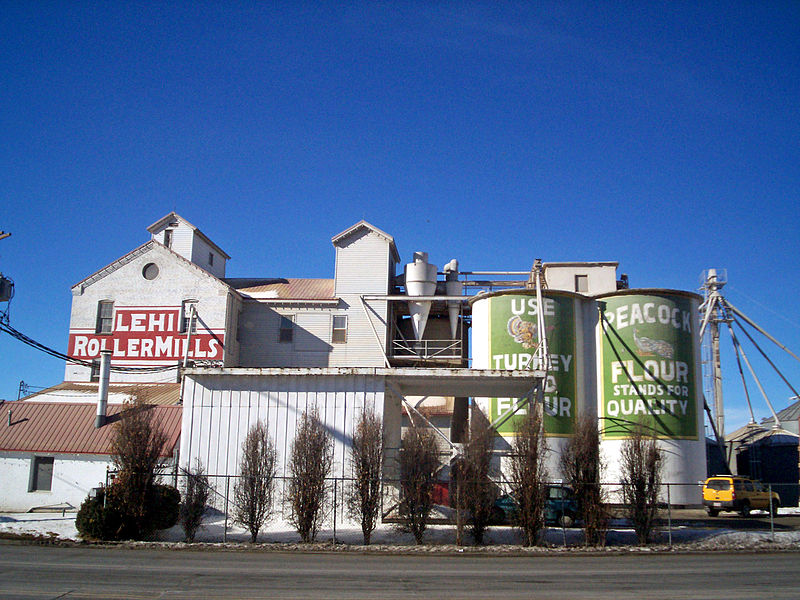 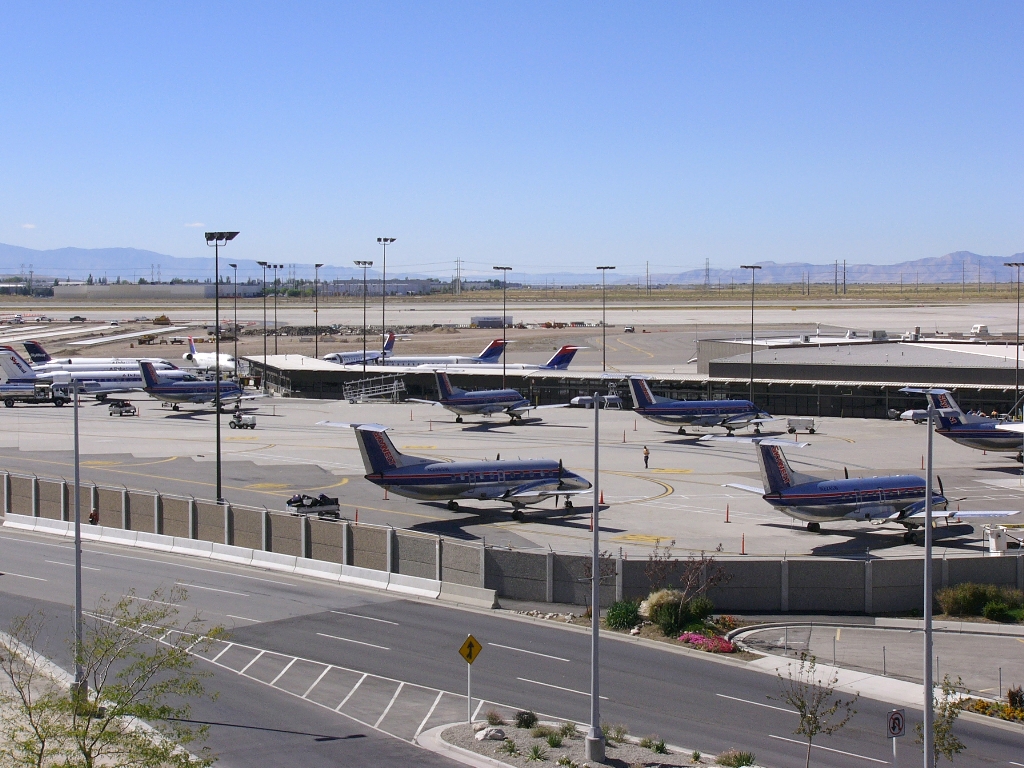 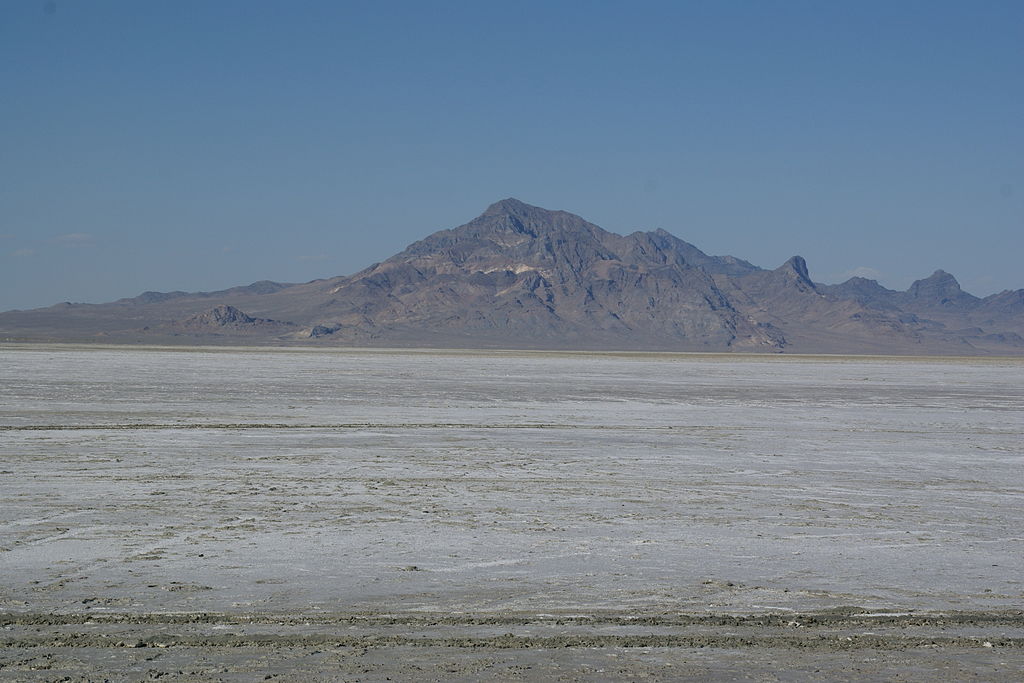 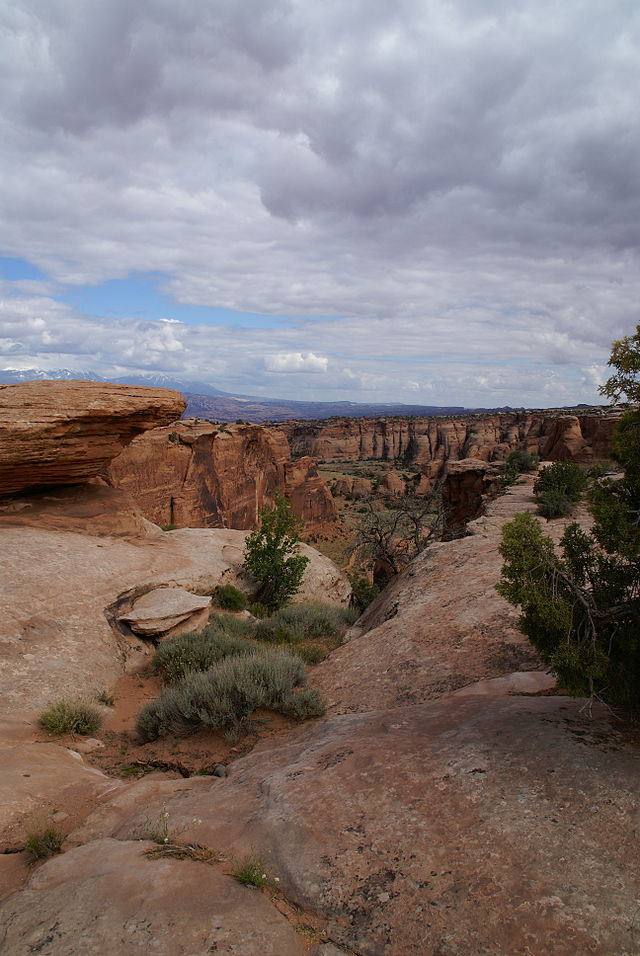 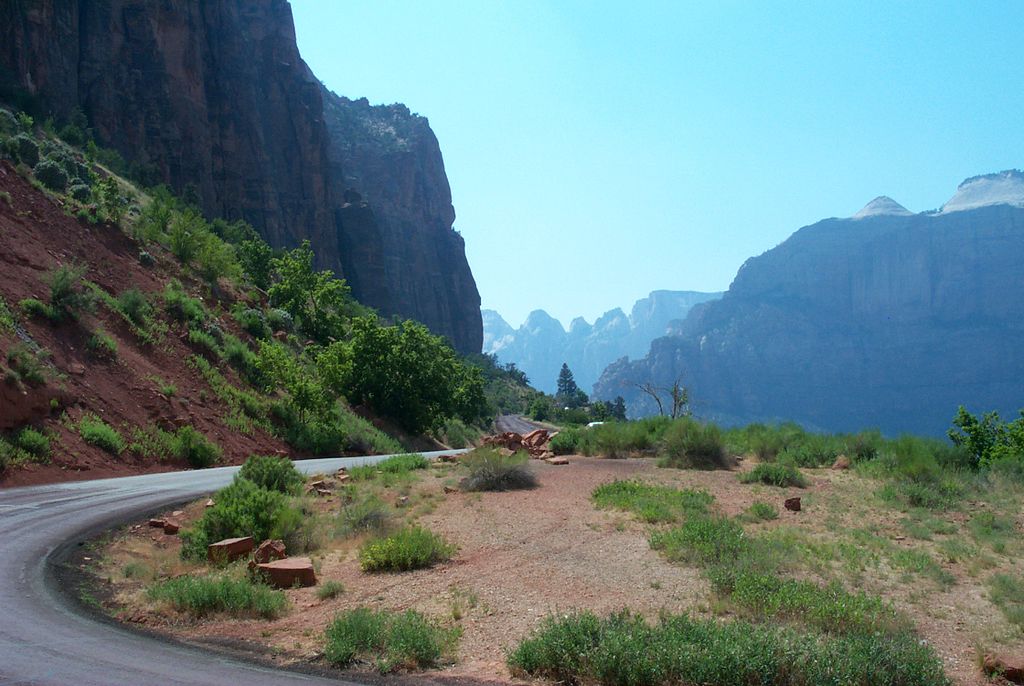 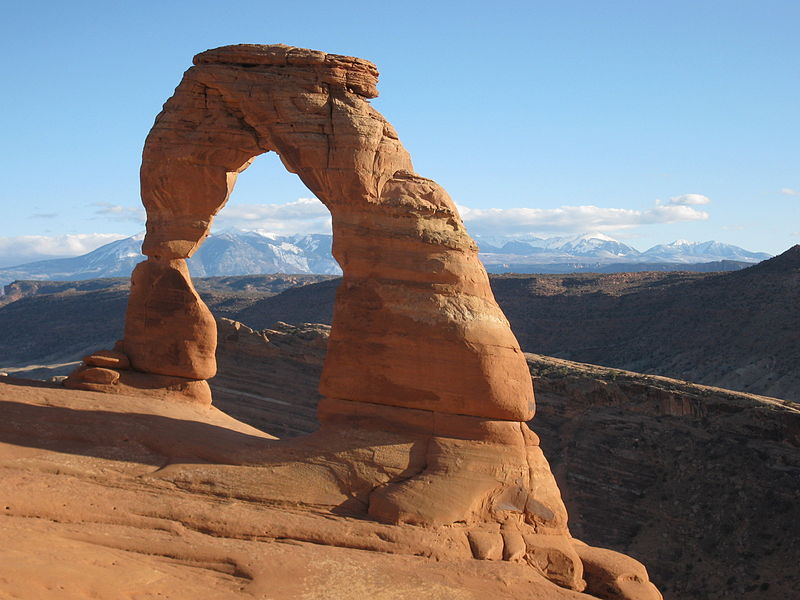 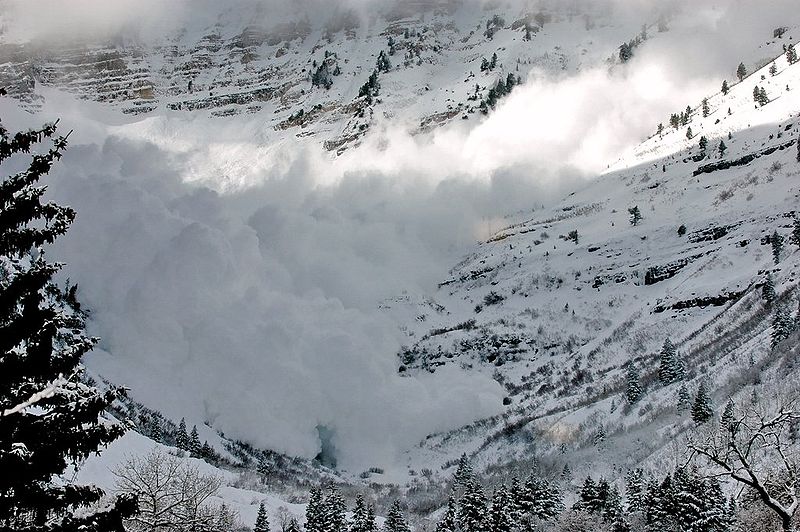 The Utah Film Commission encourages people who film in the state of Utah to apply for a post-production tax credit that allows them to receive a 20-25% rebate. Filmmakers must spend at least $200,000 to be eligible for the refund.

The world premiere of the LDS independent film “Freetown,” which is based on the real-life experiences of missionaries serving in Liberia.

Utah is also the home to many independent filmmakers and film festivals, both because of its location and its culture. Artists who wish to tell their own stories, rather than the stories Hollywood expects, come to Utah to exercise their creativity.

One of the largest film festivals in the United States, Sundance, is held every year in Park City, Utah. The Sundance Institute was started by actor Robert Redford in 1981 as a way to encourage and inspire fellow filmmakers. Since 1985, Sundance has showcased the best independent films, many of which are optioned by major studios.

“Sundance has played a huge role to develop a platform for the independent film market,” Pearce said. “It allows big-name actors and directors to tell their own stories.”

The ability to tell your own story without studio input is a huge draw for independent filmmakers, who consider filmmaking to be an unparalleled creative outlet.

A blocking exercise on the set of “Tim Timmerman,” an independent film currently in production in Orem, Utah.

“I love the idea of being able to create something out of nothing,” Nick Ritter, a film student and founder of the ORCA grant-funded student group Six Weeks Cinema, said. “Films emulate dreams.”

Working without a corporation to back the film has its own challenges, however.

“Indie movies are never going to get funding,” JR Andrus, producer of the independent film Missed Connections, said. “In the indie world, the biggest worry is how it’s going to be paid for.”

Festivals work as a liaison between independent filmmakers and the major film industry. Indie storytellers get publicity, and studios get original movies. Independent films are not guaranteed to be any better than corporate-produced films, but they do have the advantage of a new perspective, Andrus said. When it comes to which films are shown at festivals, “quality is not the largest factor.”

According to Pearce, who worked for Sundance before taking the job at the Utah Film Commission, the rise of festivals, including Sundance, the LDS Film Festival, Bakersfield, and the Louisville International Film Festival, bring people back to the theater. As easy as it is to stream a movie at home, some viewers still want a traditional movie theater experience. And some independent filmmakers are hesitant to put their movies online.

“Netflix makes it really hard to make money in indie,” Andrus said. The problem is that Netflix and similar services are some of the best ways to get publicity. Filmmakers must find the line between getting people to watch their movie and actually making enough money to cover the production costs, which are usually funded by friends and family.

Avery readily admits that his goal is not to get rich off of filmmaking. “I want to start my own film studio that will provide jobs and create films that inspire people. It’s not about making money.”

The future of film

Major studios, online distributors, and independent filmmakers are all competing for the same audience.

“The film industry has never been so in flux,” Pearce said.

Studios must find ways to bring audiences back to the theater, which means they will probably continue to create big budget action/fantasy films that look best on a big screen, according to Swenson.

“Film studios will continue to go really big,” she said. “They’ll take more things like The Avengers, that have a built-in fan base, and then put a lot of money into marketing, sequels and merchandise.”

''In my humble opinion, making a film is the most accurate and convincing way to convey thought.'' --Nick Ritter

“Hollywood now is TV,” Swenson said. “I would like to believe it doesn’t mean that people are less literate. In fact, (with shows like Supernatural, The Walking Dead, and Breaking Bad) you have to be more active in understanding the meaning.”

Both independent and original films will also continue to thrive as audiences and film professionals expect more thought-provoking media. Of the films nominated for the Best Picture, Best Actor, or Best Actress Oscar, only two (American Sniper and Gone Girl) were in the box office Top 20. Compare that to The Lord of the Rings: Return of the King, which was both the highest-grossing film in 2003 and the winner of 11 Academy Awards.

The audience expectations of the film industry are changing, and studios, independent distributors, and independent filmmakers will need to pay close attention in order to meet the needs of their viewers. An increase in the ease of film production will allow many more options for audiences, and producers can cater their media to niche audiences without worrying about gaining universal appeal.

“Content creators are exploding,” Pearce said. “It will be interesting to see where the industry goes.”

The decline of youth sports and the efforts to save them

by Jack Urquhart March 23, 2015
Next: Entertainment

The downside to social media