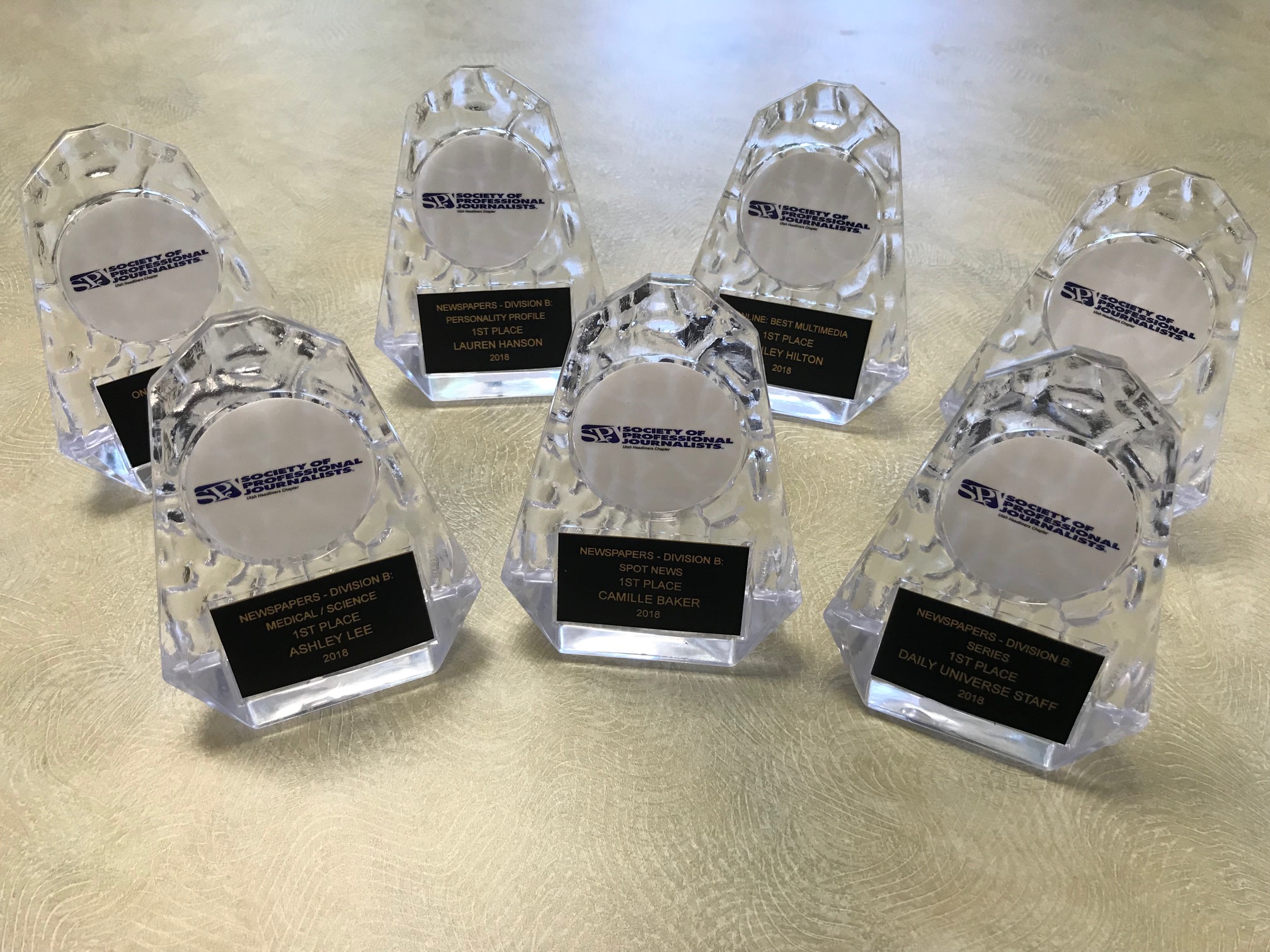 The Universe’s 2018 Society of Professional Journalists winners are:

Except for the General Excellence award, other categories in the National Newspaper Association contest include professional and student publications and are judged among publications with similar print circulation sizes.

Joel Campbell, an associate teaching professor in the BYU School of Communications’ journalism sequence, received the Utah Society of Professional Journalists’ Clifford P. Cheney Service to Journalism award. Campbell has served on the organization’s board on several occasions and is nationally recognized for his expertise and involvement in First Amendment matters. Campbell has had a significant impact on the development of the Utah Open and Public Meetings Act.

The Universe’s 2017 Region 9 Mark of Excellence Award winners are:

The Universe’s 2016 Region 9 Mark of Excellence Award winners are: