Democrat Chris Peterson and Republican and current Utah Lt. Gov. Spencer Cox are the two frontrunners in the race for the governor’s office now held by Republican Gov. Gary Herbert.

After two terms as Utah’s governor and eligible for a third, Herbert announced in 2016 he would not be running again and in 2019 endorsed his Cox for the position.

Cox has been Herbert’s lieutenant governor since 2013. Cox has also served on the Fairview City Council, as mayor, county commissioner, and a state representative. He also was a law clerk to Federal District Judge Ted Stewart.

Cox told the Salt Lake Tribune that his top campaign priority is “unleashing Utah’s educational potential.” He is a self-proclaimed fiscal conservative and says on his website he is committed to rebuilding the economy if elected as governor. Cox also supports the right to bear arms in the 2nd Amendment and opposes abortion.

If elected, Peterson would be Utah’s first Democratic governor since Scott M. Matheson left office in January 1985. Peterson is a business law professor at the University of Utah and previously worked as a senior official at the federal Consumer Financial Protection Bureau and the U.S. Department of Defense.

Peterson’s running mate is Karina Brown, President of the Friends of the Cache County Children’s Justice Center Board. Brown also serves on the Cache Valley Chamber of Commerce Board of Directors.

Peterson has been endorsed by former Vice President and presidential candidate Joe Biden.

Dr. Daniel Cottam is a surgeon in Salt Lake City and his platform is centered around health care and improving environmental quality. Cottam believes physicians should be allowed to practice across state lines and that pharmaceuticals should be purchasable across state lines. He also supports the use of medical marijuana and ending the death penalty.

Duerden’s running mate is Wayne Hill, a founding member and the current State Vice-chair for the Independent American Party. 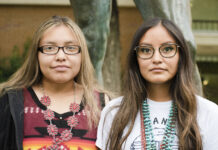 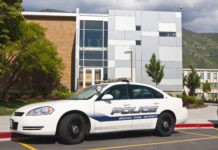 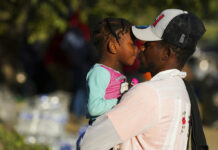