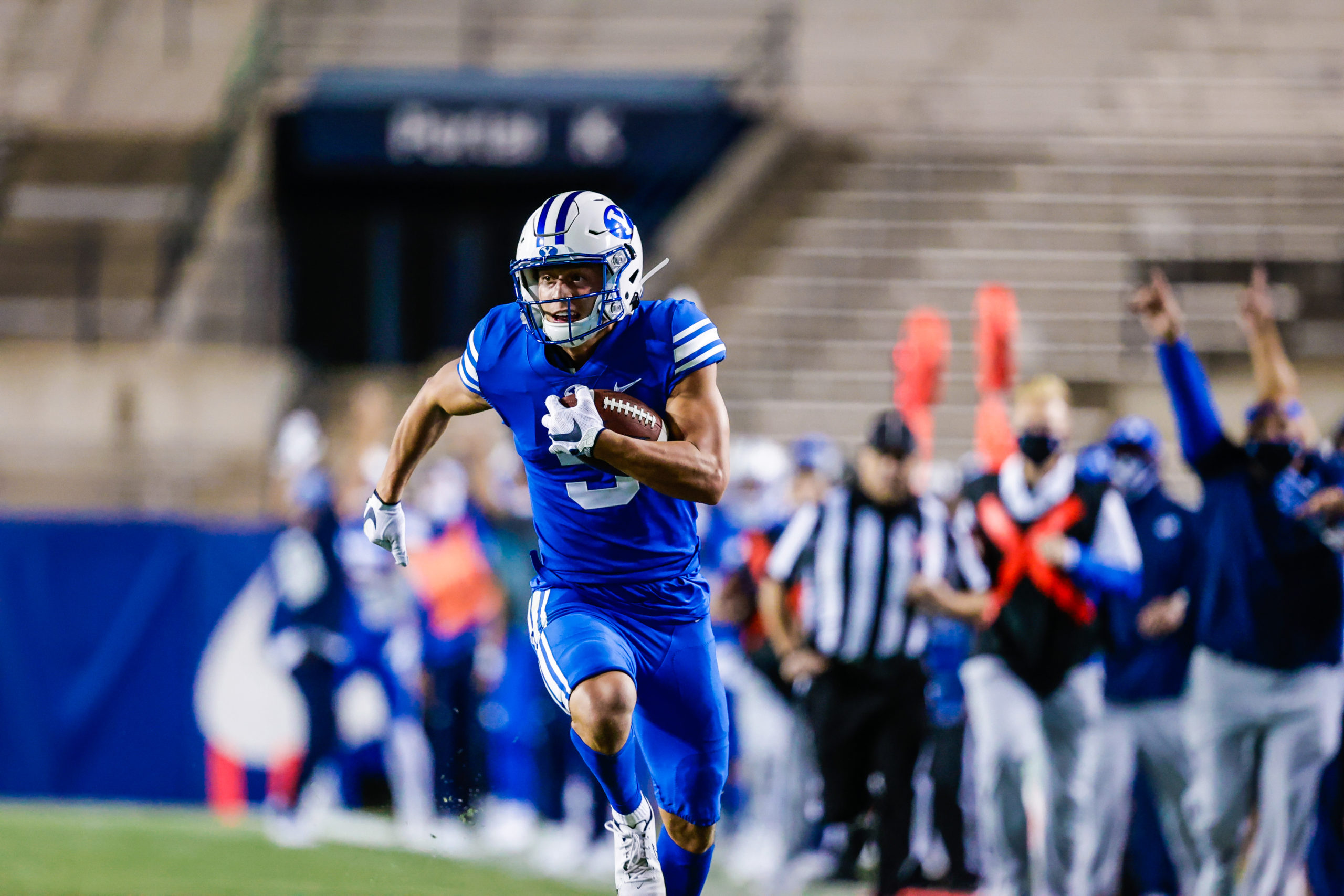 Through the first six games of the 2020 college football season, Dax Milne has 639 receiving yards.

In Cougar history, only two other receivers have had more receiving yards through the first six games in a season. Those two receivers are: Eric Drage in 1992, and Austin Collie in 2008.

For star quarterback Zach Wilson, Milne’s performance this year is no surprise. “I’ve believed in that guy since day one. I’ve always known that he was going to be a big time player for us. I’m so happy for him in this moment.”

Milne credits his offseason preparation for his current on-the-field success. “We learned so much from Talon Shumway, Aleva Hifo and Micah Simon. So we knew we had big roles to fill, and it was a huge motivation for us to be the best that we can be and make sure that we were ready to go when the season started.”

Milne currently leads the Cougars in receiving yards, targets and touchdowns. He is currently fourth in the country in total receiving yards, and this week, Pro Football Focus named him as the second-highest-graded player in single coverage.

In conclusion, Milne is really good. It will be exciting to see how he finishes the 2020 college football season.