Provo City Community Relations Coordinator Karen Tapahe said since the city already had experience broadcasting their meetings for public viewing, the next challenge was figuring out how to include a function for remote public comments.

Previous to the COVID-19 pandemic, Provo City broadcasted their work meetings and city council meetings live on Facebook and Youtube. In the past, public comments on their videos were not referenced because council members did not have access to view them. All public comments addressed in meetings had to be given directly in the council chambers.

Similar constraints to public comment have been created for this new virtual experience. Any citizens who’d like to participate and share comments will only be able to do so by calling in on specific phone numbers Provo City has publicized. Any comments in the comment sections on Facebook or Youtube pages will still be unseen, and all public commentators will still be limited to two minutes like in normal meetings.

According to Tapahe and the City Council’s blog, citizens waiting to make public comments will call in and their phone numbers will be privately held in a queue. When their time comes to comment, the last four digits of their phone number will be called out and Tapahe will unmute them.

“I get to be in charge of handling those calls for the public comments. We hope people will have called in before it gets to that portion,” Tapahe said.

In normal council meetings, citizens who go over their allotted two minutes either have their podium’s microphone muted or a council member will address the resident and request them to finish.

“I wish I had a little counter bell. Ring for service. That’d be perfect. We’ll have some noise so that they realize, oh, they need to wrap up,” Tapahe said. “We won’t be terribly harsh because we realized this is a very unique situation.”

Tapahe said they performed many training sessions in the past week with council members and staff. She said that some council members, like Chairperson George Handley, had previous experience with Zoom meetings.

“We have been practicing and preparing for today and tonight so that things can run as smoothly as possible. We ask for patience as we might run into some challenges nevertheless,” Handley said.

Tapahe said that her biggest fear was some sort of technological failure. She said city staff will be on-call to help any councilperson who might have difficulties connecting during the meeting.

“My main concern is that those who might otherwise want to participate but who don’t have the technological access or savvy will feel cut out from the process,” Handley said.

He added that he wanted the public to be aware that their city government is still functioning and that they welcome participation. He said that they encourage phone calls and emails so the council can still hear residents’ opinions on all issues.

“We hope that any inconvenience and frustration that this might cause can be alleviated by a reassurance that we still respond to individuals who reach out to us,” Handley said.

Directions for how to view and participate in today’s city council meeting are located on the council’s blog. 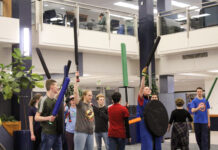 Photo Story: Knights of the Y 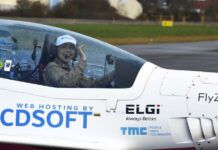