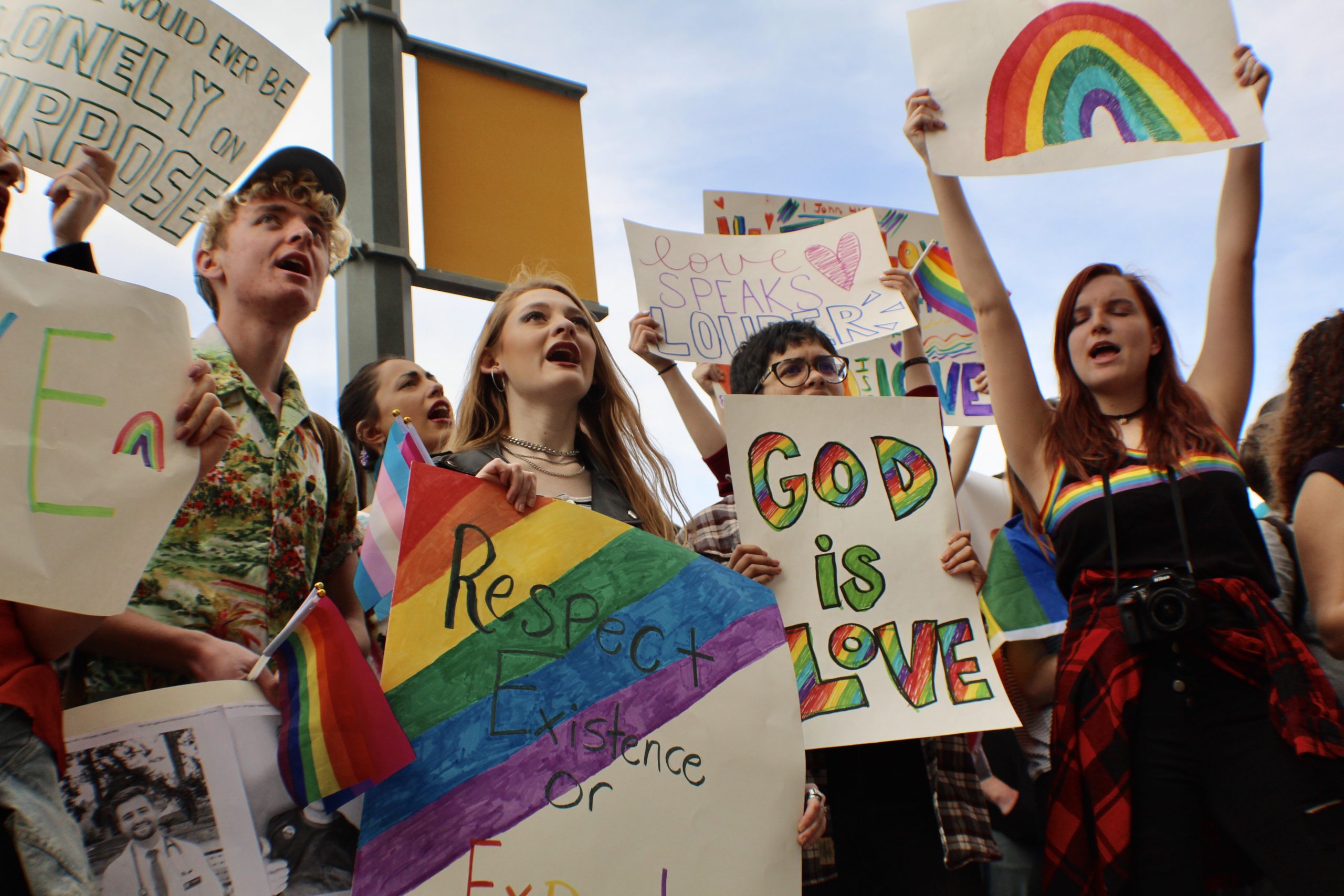 Hundreds of protesters gathered outside the headquarters of the Church of Jesus Christ of Latter-day Saints on the afternoon of Friday, March 6, in response to recent updates to the BYU Honor Code.

The protest came after two days of protesting on the BYU campus, three days after the Church Education System released a letter saying same-sex romantic behavior was not compatible with the principles of the BYU Honor Code and over two weeks after BYU removed a section of the Honor Code on homosexual behavior.

Students, alumni and community members gathered in Salt Lake for the protest. Many students took the FrontRunner from Provo or Orem, and the OUT Foundation offered to pay for FrontRunner tickets for anyone who couldn’t afford one to attend the Protest. During the protests, individuals held a silent moment of pray, gave speeches and sang Church hymns like “Love One Another” and “If the Savior Stood Beside Me.”

The protest came to an end with a gathering in City Creek Park. Another protest is scheduled to take place outside of the Manhattan New York Temple tomorrow, March 6, from 1-4 p.m.

Various individuals brought signs with them to the protest to share messages of love and acceptance as well as their views on BYU, the Church and the policies of both institutions.