SALT LAKE CITY — A bill proposed in the Utah legislative Session addresses abuse, neglect, or dependency of a child. The bill has passed a House Committee and House vote and is waiting for consideration by a Senate committee.

HB33, sponsored by Rep. Karianne Lisonbee, R-Syracuse, allows a party to request a hearing on reunification services if a petition for termination of parental rights is filed before a dispositional hearing. The intent of the termination of parental rights is to legally and permanently terminate the relationship between a child and his or her parent.

“The Supreme Court of current law requires a fundamentally fair process and hearings regarding abuse, neglect and termination of parental rights,” Lisonbee during a House Judiciary Committee hearing. “But there needs to be clarification regarding the timing of petitions.”

This consensus bill is meant to balance the way petitions are handled. The bill requires the court to take into account reunification and kinship preferences in determining whether to terminate parental rights.

Jody Robinson, resident, spoke in favor of the bill. “I’ve been facing some unfortunate things in court with my ex -(husband),” Robinson said. “I ended up having a TPR (termination of parental rights), so I petitioned for myself concerning my youngest.” During the trial, Robinson recognized that the wording in the bill did not align with the Supreme Court ruling.

“I was supposed to receive help, but the courts went around and found a different way to terminate my parental rights,” Robinson said. Although she had not met the criteria listed in the ruling to terminate, her case is now going to the Utah Supreme Court because her parental rights were terminated. HB33 is attempting to have the statute match the ruling.

By law, the government must “prevent irretrievable destruction of family life,” and provide a fundamentally fair process. This means looking to extended family for kinship placements.

The bill could cost the Division of Child and Family Services $5,600 from the General Fund and $700 from federal funds to implement. These funds would be used in relation to the reunification process. The bill also requires courts to hold a hearing on reunification services if a petition is filed. The Restoration of Parental Rights Act only exists if there hasn’t been a prior adoption by another family member. 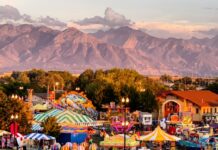