UVU Interfaith Student Council hosted a symposium on Feb. 6-7 featuring professors from various colleges and universities across the U.S. presenting religious and philosophical arguments about empathy.

Yang started the event discussing the potentially key role of silence in one’s attempt to connect with God and develop more empathy and awareness of others.

“What if our worship was primarily silent but we became aware of one another?” Yang said. “When I come home and I’m with my partner, sometimes we talk right away but sometimes we don’t and the silences are sometimes the things that I need.”

Various speakers shared presentations on disabilities in heaven, hermeneutical injustice and how concerns of children regarding religious philosophy during the second day of the symposium.

Murray State University professor Michelle Panchuk spoke about violence in forms more than just physical, including the psychological violence associated with marginalization. She shared the differences and overlap of religious trauma and spiritual violence.

Panchuk said religious trauma affects a victim’s ability to practice religion and can involve physical violence, while spiritual violence is related to harm that is exclusively psychological.

“Getting into groups of solidarity, I think there is something deeply powerful about having your experiences recognized,” Panchuk said. “That sort of social recognition can be helpful regardless of how severe the (trauma) symptoms are.”

UVU professor Kelli Potter asked Panchuk if psychological and physical violence are equivalent in seriousness to each other.

Panchuk said she believes psychological violence and physical violence to be incommensurable and they cannot be rated against each other. While she possesses knowledge pertaining to her topic, she said she is not a licensed psychologist or psychotherapist. 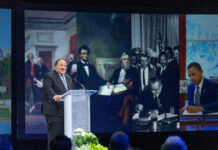 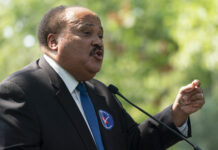 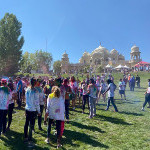