PROVO — The BYU men’s cross country team won the national championship last week in dramatic fashion, running through the rain and the mud, but the man behind all the success is head coach Ed Eyestone.

“We finished third two years ago, second last year and we were that much closer to the top of the mountain and to see it finally all come together was a really exciting experience for us,” says Eyestone.

Coach Eyestone is the first coach in NCAA cross country history to win the national championship as a collegiate runner and as a coach.

“They were both really sweet feelings,” says Eyestone.

After Eyestone won the title himself in 1984, he went on to run professionally into the late 90s. He signed a multi-year shoe contract with Reebok, was a five-time U.S. road racer of the year and competed in the 1988 and 1992 Olympics. But, Eyestone knew his running career would come to an end sometime, and that’s when he knew that he wanted to coach.

“Any person who has had a great experience in their college experience would love to return to their alma mater, and I knew that BYU was a special place,” says Eyestone.

So, besides his accomplished running career, what makes him an exceptional coach?

“I think the number one thing that you have to establish in any successful distance program is consistency,” says Eyestone.

Needless to say, he has created that consistent team culture in his 20 years as the head coach of BYU men’s cross country with 14 conference titles, 15 All-Americans and now a national championship. But, Coach Eyestone knows that no matter his successes, it takes a village. 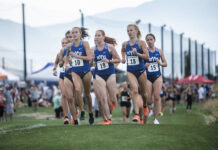 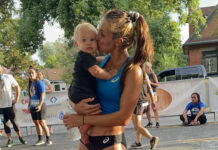