Utah animal rights advocates are looking for ways to change laws on the sale of dogs, cats and rabbits in a commercial storefront and have found success in some cities.

Protesters gathered on 800 North in Vineyard on Jan. 19, where they hoped to take a stand against Puppy Barn. Many of the protesters were owners of dogs that had been infected by the disease called parvovirus — a highly contagious disease in dogs that can cause vomiting, severe bloody diarrhea, fever and weight loss. It is often fatal, especially in puppies.

Karlee Bursach said parvovirus affected her puppy Eevee, which she got from Puppy Barn. The puppy was treated by a vet and has since recovered.

“We took our puppy to the vet four days after we brought her home, and she had parvo,” Bursach said. “They don’t offer to help pay for medical expenses.”

This isn’t the first time Puppy Barn has been accused of selling puppies infected with parvo.

Betsy Hernandez said she bought a puppy on discount from Puppy Barn and noticed the puppy was walking funny and stopped eating after three days. In the end, she lost the dog to an unknown illness.

“The poor thing could hardly walk. I just wanted to save her,” Hernandez said.

Many of the protesters said they had one goal: ensuring the puppies sold at Puppy Barn received proper medical care.

While Utah does not have a statewide ban prohibiting the sale of puppies and other animals in a commercial store, there are a handful of cities that do. These include Salt Lake City, Millcreek, Emigration, Copperton, Kearns, Magna, White City, Sandy, Midvale and Murray.

A similar ordinance was presented at a March 5 Provo City Council meeting. The ordinance would prohibit the sale of dogs, cats and rabbits at commercial storefronts in Provo. Like Sandy, Provo would require the animals come from a rescue, county shelter or a humane society and require a certificate of past history for the animals.

The Provo City Council contacted local pet stores in Provo, received positive feedback and discussed adopting a similar ordinance on March 19. Ultimately, council members voted to table the ordinance and will not discuss implementing it again until they have reasonable cause to do so.

Sandy District 3 council member Kris Nicholl said the goal of these kinds of laws is to discourage the use of puppy mills by making potential pet owners contact reputable licensed breeders. The lawmakers behind the bills also hope to increase adoptions from shelters, which helps decrease the stray population.

Protests like the one Jan. 19 are one way the public can get the attention of legislative representatives. Nicholl said showing passion for these issues is the best way to catch a lawmaker’s eyes. According to Nicholl, the passion animal advocate groups showed in Sandy helped pass a bill that prohibits the sale of dogs, cats and rabbits from a commercial breeder.

Nicholl worked on presenting the policy to the planning commission in Sandy and said the  process took about six weeks to complete.

She also recounted someone asking whether she ever saw a successful business that sells animals from unknown breeders at a commercial storefront in Sandy. She told them absolutely not; “Not with the way people feel about animal welfare in our city; our culture has changed.”

Puppy Barn is currently running with a legal license in Saratoga Springs and has not responded to comment to The Daily Universe. 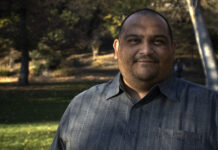