“Educated” is about Westover’s unique childhood growing up in a survivalist family and her pursuit to leave home and gain what had always been kept out of her reach — an education. 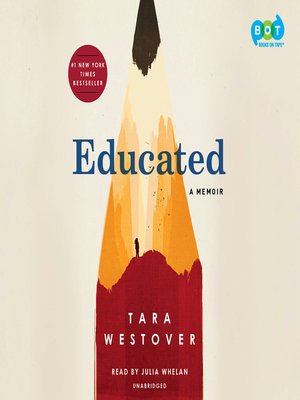 Westover was raised in rural Idaho where she and her six siblings were home-schooled. Her family attended the local ward of The Church of Jesus Christ of Latter-day Saints, but they practiced an extreme fundamentalist Latter-day Saint life that did not resemble the religion others in their ward were following.

Westover was told by her parents that the girls in her dance class were “harlots” for wearing tights and that women who wore tank tops were “gentiles.” She was also taught that the more righteous a man was on earth, the more wives he would be rewarded with in heaven.

“The odds of me being there — with my background — were pretty stacked against me,” Westover said.

Although Westover was home-schooled, she received little to no education. At home, she mostly helped around the house or worked with her father in the junkyard. There was no reading or studying involved in her day-to-day life. Her parents did not have any books at home except the Book of Mormon and writings of church prophets.

Westover did not see college as an obtainable future for many years, and it was only after her brother Tyler left home for BYU that she realized it could be a possibility. It was this same brother who encouraged Westover to teach herself algebra so she could take the ACT and apply for BYU.

“Tyler and I haven’t always been close, but he’s always come back into my life at key moments when I really needed him,” Westover said.

In her first class at BYU, an American history class held in the Joseph Smith auditorium, Westover was confused when she came upon the word “Holocaust.” After asking the professor what that word meant, Westover was met with disgust and intolerance at her question because the students believed she was trying to make a joke.

After class, Westover raced to a computer to learn what “Holocaust” meant, and she was shocked to learn for the first time about the genocide of millions of people. Westover soon decided on history as her major.

“I wanted to keep learning, and I had to know what else was out there that I didn’t know about,” she said.

After receiving a B.A. in history in 2008, Westover went on to obtain a Master’s and Ph.D. from Cambridge University.

“I didn’t know what was in front of me, but I knew what was behind me,” she said.

Westover knew she did not want to return home to work in her father’s junkyard, and this prompted her to continue learning after BYU.

In addition to an aversion to public schools, the Westover family never sought medical treatment from hospitals — even when they were seriously injured.

In her book, Westover shares the harrowing story of a time when her family was in a car accident and her mother sustained serious injuries. She wrote about how blood had pooled around her mother’s eyes, giving her mother the distinct look of a raccoon.

Her father did not take her mother to the hospital because of his distrust of institutionalized medicine. Because of this, Westover’s mother could not be around light for months because it gave her splitting headaches.

After the accident, Westover also remembers noting an unmistakable change in her mother’s personality. Later, the author would learn that “raccoon eyes” is a sign of a severe and traumatic brain injury.

Westover herself would get injured while working in the junkyard, but she would not receive any sort of treatment from a hospital either. However, Westover’s injuries were not always external. She suffered abuse from family members as well. Her older brother — whom she calls Shawn in the book — physically attacked her several times in her teenage years.

Westover remembered waking up one morning to her brother’s hands around her throat. He strangled her while calling her a “slut” and a “whore” and dragged her around the house by her hair. It was this experience that helped Westover realize she could not stay in the house any longer and that she needed to apply for college.

For Westover, an education meant more than just teachers and books and studying. It was freedom and safety. It was also the first time she would learn about herself separate from her family.

“I wrote the book to try to expand the idea of an education beyond job training,” Westover said. “Education can be the opportunity for individuals to self-create and find themselves in their own way.”

She also explained that she wrote it for those who might find themselves in similar situations.

“I wanted to write it for others who had family difficulties and make them feel not alone. If the book is getting to some of those people and getting to those kinds of things, it’s doing everything that I hoped for it,” Westover said.

“Educated” tells the story of a young girl’s strength, determination and courage to discover the truth on her own.

The book hits especially close to home for many BYU students and professors.

“As a student myself, it was easy to see similarities between the author’s experience and my own, but it was also sad because our experiences were so different at the same time,” BYU psychology student Alaina Sanderson said.

Sanderson shared that their experiences were different because Westover did not have the support and help of a family. She added that her biggest takeaway from the book was a feeling of gratitude.

“The book reminded me to never take my own family and education for granted,” Sanderson said.

Associate history professor Paul Kerry was one of Westover’s professors during her time at BYU. Kerry remembers Westover as an observant, disciplined and self-motivated student.

“She was possessed of an inner drive to succeed that manifests itself in how she would attack her research and invest many hours of hard work in projects,” he said.

Kerry said Westover’s story reminds people to look out for each other because they do not know what challenges people are facing in their personal lives. The history professor, who makes several appearances in Westover’s book, said his biggest takeaway from “Educated” is the powerful narrative woven throughout the book.

“There has been high praise for so much in it — for her nuanced reflections on family life, her well-honed writing, her strength of character and perseverance — yet her insights, embedded throughout the narrative, on what it means to be educated are among the most compelling in the book,” Kerry said.

Westover said she is grateful for her time at BYU.

“BYU provides a terrific education — it gave me a good foundation,” she said. “It also has a wonderful tradition of pastoral care that was very important to me.”

Westover shared that her bishop at BYU helped her through some of the more difficult things in her life.

Although Westover is not a practicing member of the church, she said she has nothing but friendly feelings toward the church. She knows the religion she was raised in was different than that of mainstream Latter-day Saint belief.

“My family wasn’t representative of the church,” she said. “People should understand that the things in my family that were difficult or challenging or unusual or extreme — they weren’t necessarily Mormon.”

Westover included an author’s note at the beginning of the book clarifying that her book is “not about Mormonism.” She explained that her book is a memoir of her own path to self-discovery.

“Self-discovery is about how you come to find yourself in connection with your parents and in distinction from your parents,” Westover said.

Her advice to current BYU students would be to enjoy this time and not to panic about deciding who they are too early. She encouraged students to take the time to explore all opportunities offered at BYU and appreciate and understand different ways of thinking.

“Education is the possibility of change and acquiring new skills and experiences and new ideas,” she said. “I don’t have to accept who I am now or the life I have now if I don’t want to.”