The construction on 200 East is a public works project titled “2016 Provo City 200 East Greenway Project,” according to the Provo City website.

Construction officially began March 1 and is projected to end in September. Although these dates are available on the Provo City website, residents have no way of knowing the project’s progress or when it’s going to hit their section of the road.

“We woke up one morning and (it) was just happening. We had no idea,” 200 East resident Nikki Ree said.

Nate Byrd, another 200 East resident, said he was informed through a flyer in his mailbox that construction would be starting. However, he also added the flyer was missing information on the purpose of the project.

“It would be nice to know why I’m being inconvenienced,” Byrd said. “If you know the reason behind it, you’re less inclined to fight it.”

Resident Austin Peery said he was in the dark about the construction as well. He said Provo Public Works could better serve residents by communicating the timetable and progress of the project as well as the specific things being done. He also said residents need to know if “there’s a reason for all this.”

Byrd said officials have failed to effectively communicate how residents whose houses or complexes are blocked can access their homes. He said because the signage changes every few days, “you never know where to go.”

The Utah Department of Transportation’s (UDOT) policy is to inform residents of road construction that will affect them.

Gleason said UDOT does its best to get out in front of projects early and often enough so people can understand what they’re doing.

“It’s the right thing to do to let people know how they’re going to be affected by construction,” he said.

UDOT takes various measures to ensure residents are fairly warned, including holding public meetings where residents can voice concerns, sending out teams of people to distribute fliers around neighborhoods and knocking on residents’ doors.

According to Rachel Orem, the office assistant for the Engineering Department at Provo Public Works, all communication to residents is done through neighborhood chairs.

“They are responsible to disburse information to their area about whatever projects will affect them,” Orem said.

The neighborhood chair, Celeste Kennard, was unavailable to comment. However, in a poll conducted on the Joaquin Neighborhood Provo Facebook group, 42 percent of members said they have “received some updates on the progress of the 200 East construction but don’t completely understand the timeline.”

Some members of the Facebook group said that although they don’t understand the timeline of the project, they are happy with the results.

“Provo City Public Works could do a much better job with public outreach, but what is happening on 200 East is one of the best and most innovative projects the city has ever completed, and residents of Joaquin have called for these changes,” Aaron Skabelund said.

For residents who haven’t seen a lot of progress, there isn’t a much of a silver lining to the frustration.

“Maybe one day, hopefully, it will be worth it,” Perry said. “For now we have to live with what’s going on.” 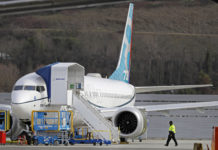 Southwest continues to cancel flights out of Salt Lake City 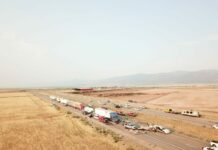