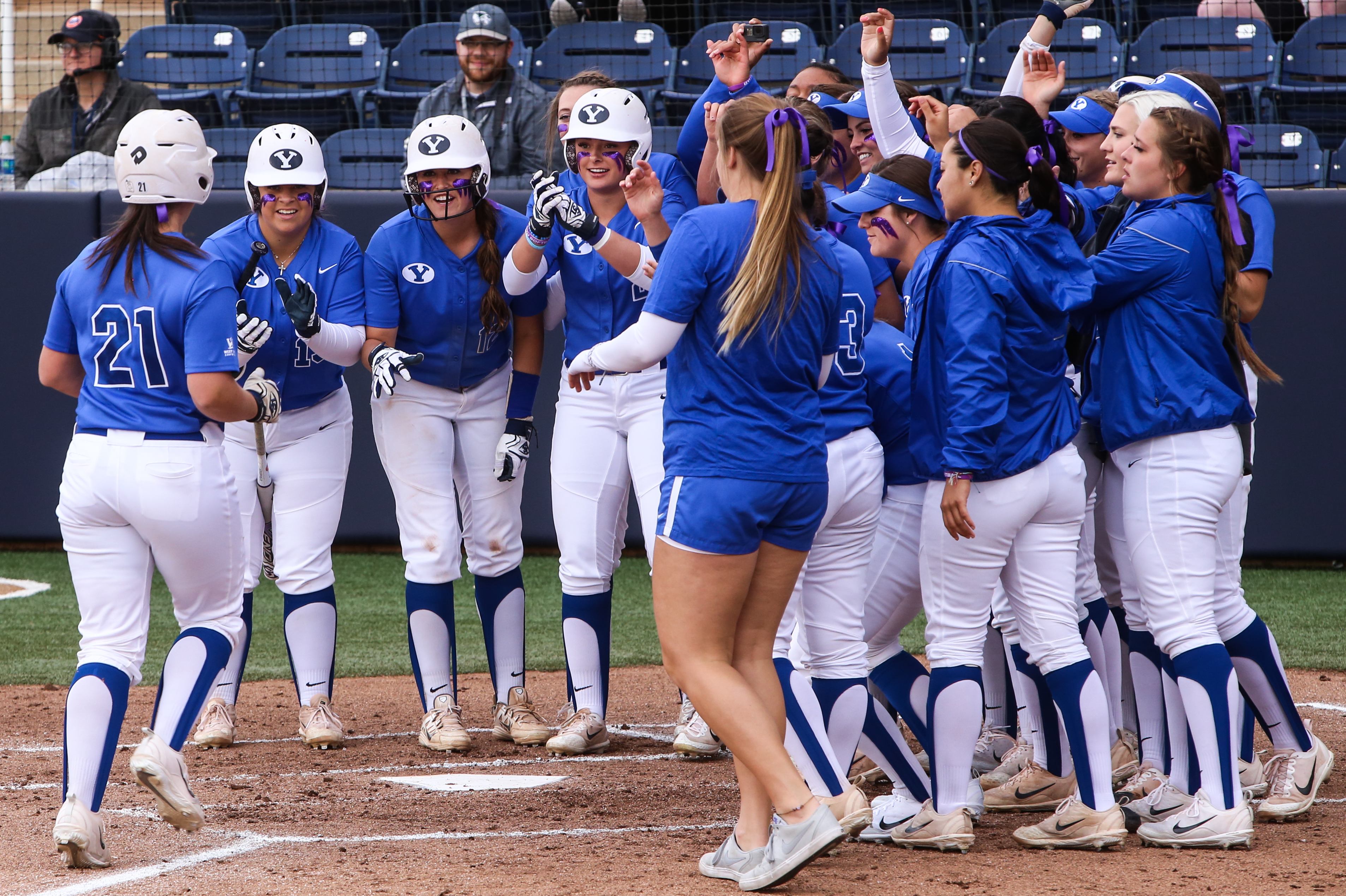 BYU softball has won 16 of its last 18 games, including an eight-game-winning streak coming into the series against Loyola Marymount University (LMU). This hot streak has led the team to an 11-1 conference record, tied with LMU for first place.

BYU plays its final regular season series of the year May 11 and 12 against LMU, giving the team a chance to take the conference title outright if they win two of the three games. The conference title would give BYU an automatic bid to the NCAA tournament.

“We are really trying to bring energy and focus to every game,” said senior Alexa Strid. “We know we have the training; we know we have the skill, so the only thing that can trip us up is just losing focus or letting the fatigue get to us.”

Junior Libby Sugg leads the team in home runs with 11, good enough for a Top 20 ranking in the nation. She is posting career-highs in hits and batting average and has been a big part of BYU’s explosive offense as of late.

The team is averaging nearly 10 runs a game (9.5) over its eight-game-winning streak, and the defense has kept opposing teams to one run or less on five occasions.

“(We) just take it one game at a time,” Sugg said when asked how the team is approaching the final stretch of the season. She earned her second West Coast Conference Player of the Week award for her contribution to BYU’s run.

The series against LMU will be played at Miller Field in Provo with games at 5 and 7 p.m. on Friday, May 11, and the final game at 1 p.m. on Saturday, May 12, when the seniors will be recognized.

The Cougars will have to sweep the LMU Lions to match their 14-1 conference record from last season, when the team made it to the NCAA regionals only to lose to the University of Utah.

This year, the 64 teams participating in the NCAA tournament will be announced Sunday, May 13, at 8 p.m. MST on ESPN2.

Regionals will be held May 18–20 on 16 campus sites. At each site, a four-team, double-elimination tournament will be conducted, and the 16 winning teams will advance to the Super Regionals.