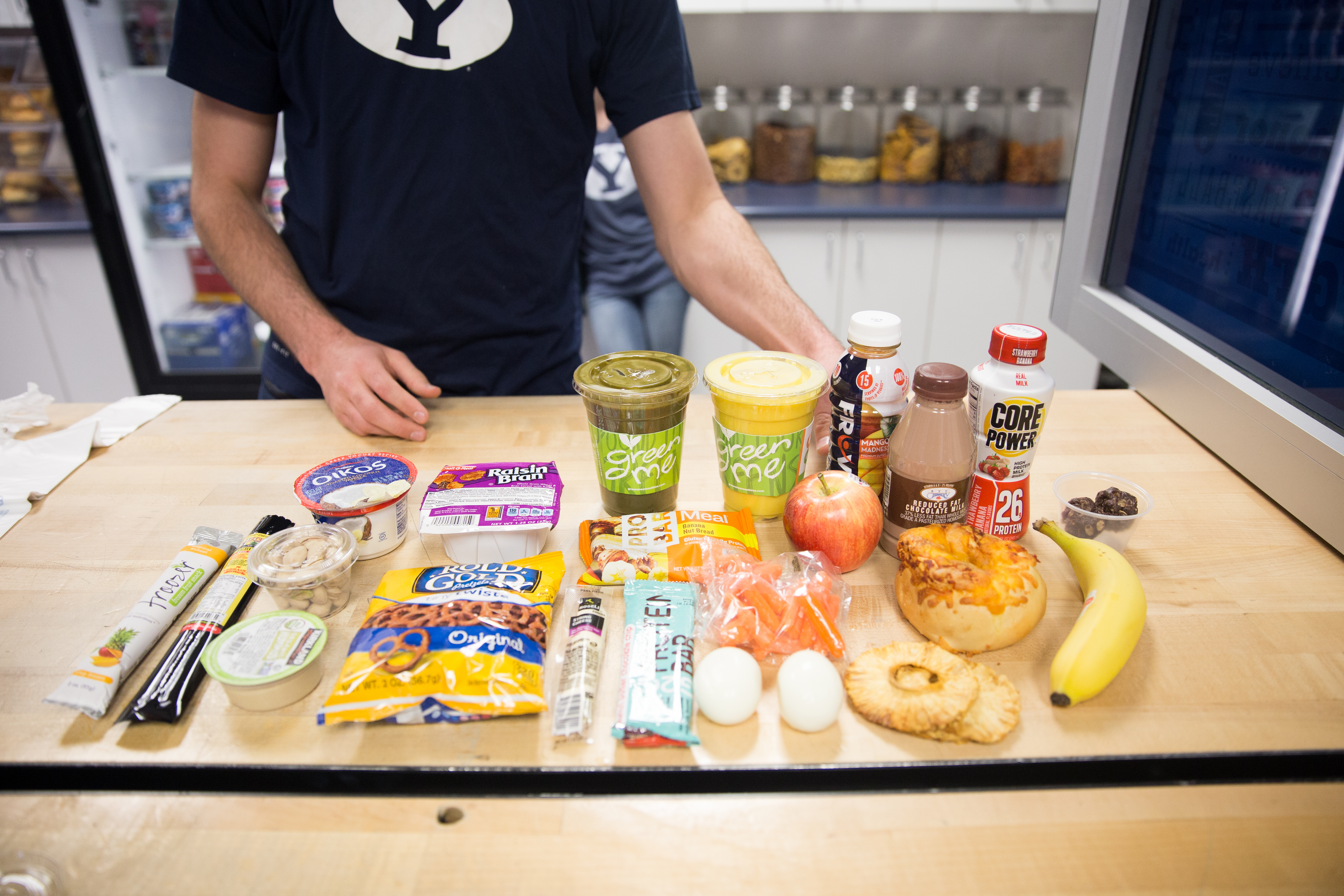 A freshman athlete arrives at BYU, excited to begin their college career. Prior to the start of the season, the freshman learns what they are allowed to put in their bodies under NCAA regulations, and is shocked to see caffeine on the list of banned substances. This is a surprise that BYU basketball captain Luke Worthington explained many athletes go through, just one of the many restrictions that come with being a college athlete.

Now, before you run and tell Coach Rose you saw Worthington drinking a bottle of Coke last week on campus, caffeine is only banned in large quantities and for performance enhancement.

Under the official list of NCAA banned substances, caffeine falls under the stimulant category. In order for it to appear on a drug test, however, it must be consumed in large quantities, in the ballpark of 500 mg in a 24-hour period.

“The banned substances are there because there is some health risk,” said BYU Athletics Director of Sports Nutrition Rachel Higginson. “Caffeine is a drug, and it can be very harmful.” 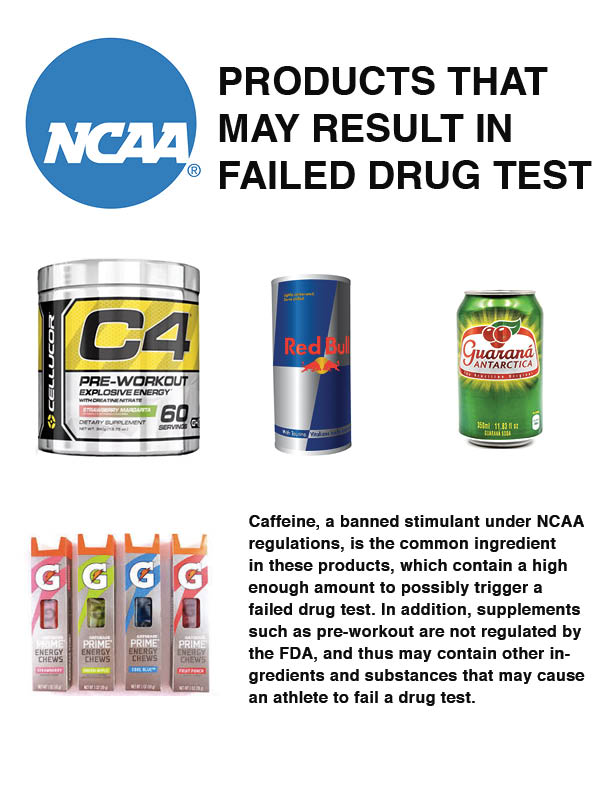 One other product that most NCAA athletes shy away from using is pre-workout, which has caffeine as its principal ingredient, and along with other dietary supplements, is not regulated by the FDA.

Under, “Frequently Asked Questions About Drug Testing,” the NCAA explains, “Many nutritional/dietary supplements contain NCAA banned substances. Impure supplements may lead to a positive NCAA drug test. The use of supplements is at the student-athlete’s own risk.”

The NCAA also published a whole PSA advising student-athletes on the dangers of supplements, and more natural alternatives they can use to get the same results.

It is this more natural route that Higginson and Worthington explained the athletic department at BYU tries to teach and enforce.

“Living the Word of Wisdom really takes care of that,” Worthington said, referencing the LDS Church health guidelines, that prohibit alcohol, tea, and coffee, and promote a balanced diet.

Higginson agreed that the Word of Wisdom helps to “rein things in,” and has a positive effect on athletes’ health and performance at BYU.

In order for athletes to perform at an optimal level, they need to provide their bodies with the nutrients they need in order to grow and repair muscle tissue, reduce inflammation and keep your immune system up.

“For the general population, I probably would say 80/20: 80 percent of the time you can eat healthy, and 20 percent you can have fun and let loose,” Higginson added. “But for an athlete, you’re probably around 90/10. You can’t be so strict that you don’t get to enjoy anything, that’s not healthy living either.”

She explained that every person is different, and each athlete has to learn what their body needs and doesn’t need, and ask, “what is the point where (I) don’t feel good?”

To give athletes the nutrients they need, while still allowing them the freedom to tailor to their own bodies, Higginson runs three “Fueling Stations” around campus, where athletes can go three times a day and choose one item from a series of food groups, such as grains, fruits and liquids.

Even with all of these natural resources and nutrients available to college athletes, many are still tempted to go beyond the regulations, and use performance-enhancing drugs and supplements to get an edge in competition.

Recent examples include Arizona’s Allonzo Trier in the college sports world, and the Russian Olympic athletes on the world stage.

Higginson was quick to clarify that she has never dealt with or heard of any issues involving banned substances at BYU.

To hear the full interview with Higginson, listen below.